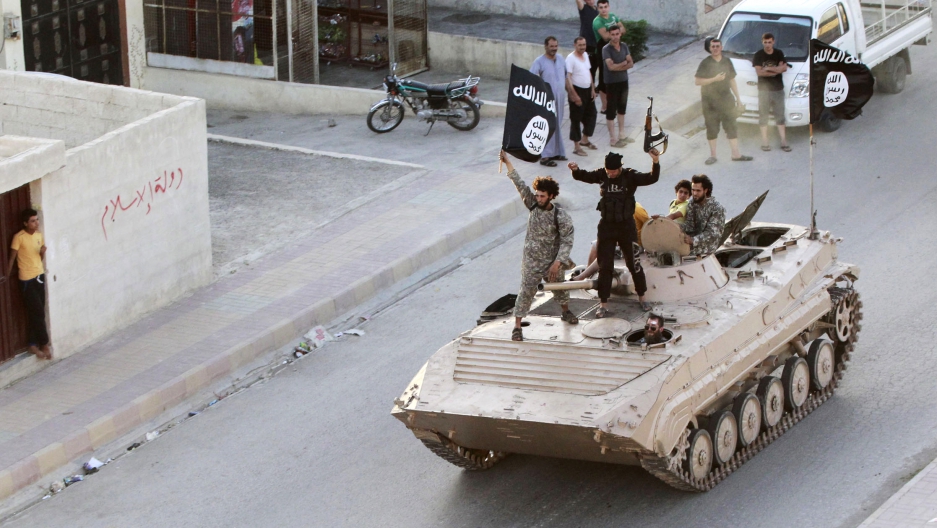 A former State Department official is working to counter the rise of ISIS on social media. Pictured: Islamic State fighters take part in a military parade along the streets of northern Raqqa province in Syria in 2014.

ISIS is able to recruit young people from around the globe to join in Jihad because of its effective and tailored use of social media. Plus, American millennials are vulnerable to radicalization.

That's according to Farah Pandith, a senior fellow at the Harvard Kennedy School of Government and former Special Representative to Muslim Communities for the US State Department.

Pandith has met with hundreds of young Muslims from around the world, and she says they all have one thing in common — their world revolves around digital media, and that's where all their questions are answered.

"Ideas that they hear in one part of the world ricochet around the world," Pandith says.

And few sites carry the weight of social networks, or of Google. "Sheik Google is the answer that is provided for them, and the loudest voices and the most easily available voices are those of the extremists."

Pandith says that nonprofit organizations and governments need to create scaled-up campaigns to use social media in the same ways as ISIS does. Their goal: to prevent young people from being lured to join violent groups.

"Their tools are no different from the tools we have," she says, referring to ISIS.

"You do the same kinds of things, but you use the influencers that are pushing back on their analysis and the way in which they are looking at things by peer friendly, credible, organic voices that are being lured in that direction.....but you do it at scale."