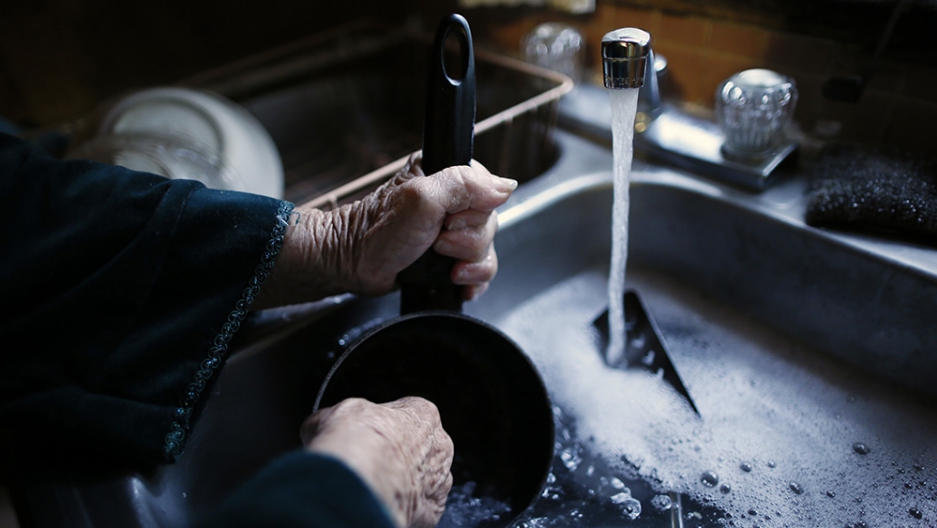 Sometimes you can just look around you and tell whether, just maybe, you might put more time than others in unpaid work like housework.

For many of us, hours of toil for no money could be hurting our bottom line, too. For millions around the world, there's little choice in the matter. Use this calculator to see how your time on unpaid work compares with that of the rest of the world.

Now you know whether you are more privileged or hardworking than the average man or woman on the planet.

But of course, this is not the end of the story.

From the second chart in the result page, you might have noticed the calculator also shows the huge imbalance between men and women in unpaid and paid work.

However, 64 percent of women's work is unpaid — while for men, unpaid work only makes up 28 percent of their total work.

The average numbers were calculated by PRI.org using the dataset in the latest Human Development report by the United Nations Development Program (UNDP). The dataset covers 63 countries, representing 69 percent of the world's adult population (ages 15 and older).

The UNDP report factors in unpaid work, most of which is traditionally done by women: cleaning, cooking and taking care of others including children, older people and those living with disabilities or sickness. Like paid work, such unpaid work is essential to the everyday functioning of all households and the society, but unfortunately it is not rewarded financially.

The annual report, released December 2015, stresses the impact of this work imbalance on gender equality.

Paid work provides economic autonomy along with opportunities for participation and social interaction, as well as for enhancing skills and capabilities, helping boost self-esteem and confidence. But unpaid care and community work are vital for human well-being and have both individual and social value.

Unpaid caregivers seldom get to exercise choice in fulfilling their responsibilities and are often motivated by cultural, family and societal constraints. When people undertake care responsibilities and stay out of the labour force, they make large sacrifices, perhaps missing the chance to expand their capabilities in the workplace. They also often compromise their economic independence and personal autonomy, which can be crucial for them and their children.

In her speech at the launch of the report, UNDP Administrator Helen Clark warned that the burden on women will increase as the world population ages. That's because women do most of the care work.

This problem is also reflected in another indicator: the labor participation rate, or the percentage of adult population who are either employed or are actively looking for work.

The report revealed that in 2015, out of 100 adult women, only 50 were employed or are actively looking for job. For men, the number was 77. The gap has remained constant for decades in many regions as shown in the charts below.

However, two trends may help to close the gap: a lower number of births and increased education for women.

The report estimated that each birth takes a woman out of the labor force by an average of almost two years. Hence the falling fertility rates — something observed in almost all regions — would free up women's time, allowing them greater participation in the workforce.

As for education, a sample of 97 countries showed that increased education could boost female labor force participation by nearly three percent from 2010 to 2030, provided there is sufficient equality for women to get job — and of course, for them not to be stymied by all the unpaid work they have to do.