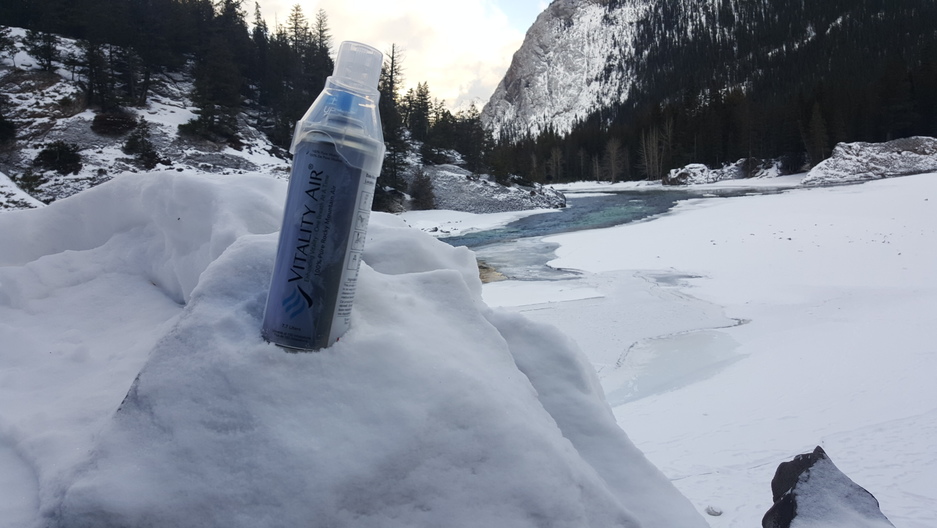 Canadian start-up Vitality Air bottles air from the mountains to sell as a lifestyle product.

Troy Paquette and Moses Lam started their company on a bit of a lark.

The Edmonton, Canada-based co-founders of Vitality Air put a sealed plastic baggie full of air from the Canadian Rockies online to see if it would sell.

“We came up with this idea of trying to sell fresh air in a baggie, just to see what the uptake would be on it, “ Paquette said. “Because everybody always says, who’s going to pay for air.”

Someone did, and they went on to bottle air and start selling it commercially about six months ago.

At first the company offered air from Banff National Park in Alberta as something of a novelty product.

But it caught on quickly in China, where residents of Beijing and other cities already wear face masks when they leave the house and buy air filters for their apartments to combat thick smog.

Officials in Beijing put the city on its first “red alert” earlier this month, restricting traffic and cancelling schools to combat the smog.

“People are using it and they’re saying it helps them,” Paquette said.

Paquette and his business partner capture the mountain air from Banff and bring it back to Edmonton to compress and bottle.

"Our product is very unique in that everything’s hand bottled,” Paquette said.

He added the company isn’t turning a profit yet due to the high overhead.

Vitality Air markets the air as a lifestyle product, careful to avoid making any health claims about a product that hasn't been tested for medical benefits.

One bottle they offer contains roughly 150 breaths of fresh air and costs about $23 online, plus shipping costs. The air is compressed and can be inhaled through a facemask that comes with the bottle.

Paquette said the company has been fielding questions lately about the sustainability of their business model, and whether compressing, packaging and shipping air around the world to remedy a pollution problem makes sense.

"What we’re doing right now is using as much recycled product as we can, as far as papers and cardboards, everything that we use is recycleable,” Paquette said.

He added the company is thinking about a bottle deposit program.

“We’re doing the best we can there,” Paquette said. “At the end of the day, it’s up to the end users to recycle.”