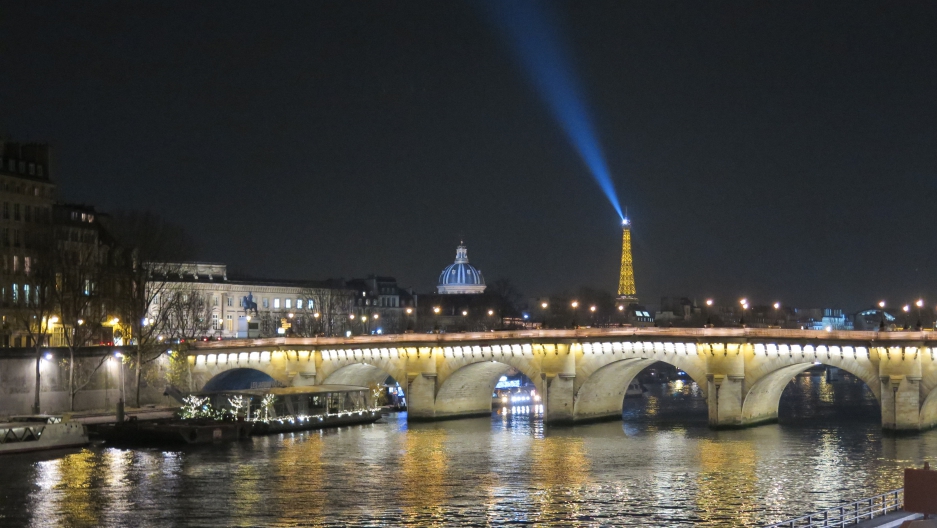 Leaders in Paris reached a landmark climate change agreement this month. But most agree it's just a start.

The Paris climate agreement, signed a little over a week ago, has been heralded by many as a feat of international diplomacy that may just stave off the worst effects of climate change.

But reactions to the agreement have been far from universally positive, and they vary even among those advocating for similar constituencies.

Take Saleemul Huq, a long-time advisor to the Least Developed Counties group, the negotiating bloc that represents 48 of the world’s poorest countries at the UN climate talks.

"I think it was a much better and a much more ambitious agreement than we had expected going into Paris,” he said. “The biggest thing is that we have all countries working together to fight the problem, not just some.

That is a big change from previous agreements, which largely broke down along lines of rich and poor countries.  But Huq, who directs the International Centre for Climate Change and Development in Bangladesh, argued the talks were a success not only because almost every county at the table was involved and pledged carbon reductions. There was also a very specific win in Paris for developing counties and low-lying island nations.

“We were able to change the long-term temperature goal from two degrees to 1.5 degrees (Celsius), which matters to the most vulnerable and the poorest counties very much,” Huq said.

That’s because that half degree Celsius could make the difference between things like an island nation disappearing or not, or a country being able to grow enough food. But holding warming to 1.5 degrees is a much harder target than two degrees. And in the lead-up to the summit, Huq said the idea wasn’t getting much traction in the international community.

“Going into Paris, neither the rich countries, like the US or Europeans, or even the large developing counties, like China and India, were prepared to change it to 1.5 degrees," Huq said. "That was something that we were able to persuade them to do over the two weeks."

Now, that 1.5 degree target is still just a long-term goal. And so far, countries’ actual pledges to cut carbon emissions have the Earth on track to warm roughly three degrees Celsius. Countries will have to seriously up the ante in the years ahead. But Huq argued the agreement represents a vital start.

“There are many things that are not right about where we are at the moment, but what Paris does in my view, and which is why I would say it is an achievement, is that it puts everybody on the right path. We are not fighting each other anymore. We are going together,” he added.

Asad Rehman, like Huq, went to Paris to represent the interests of the global south. But he has a different perspective.

“The reality in the cold light of day is that it a huge great escape for the big polluters and ultimately a poison chalice for the poor,” said Rehman, a Pakistani-born Brit who represented the grassroots environmental federation Friends of the Earth International.

Rehman sees the Paris agreement as little more than a face-saving document from an international community desperate for a win.

“After the debacle of Copenhagen, many, many people felt that we needed a successful outcome in Paris,” he said.

Rehman said the aspirational goal of limiting warming to 1.5 degrees doesn’t actually mean much, and there are other huge holes in the deal. He points particularly to the language on financing, or aid from richer countries to poorer ones to help fight climate change and deal with its effects.

The plan sets a floor of $100 billion dollars in aid a year by 2025.  But it doesn’t explicitly specify that the money will have to be “new and additional,” which Rehman sees as creating a big loophole.

In other words, Rehman thinks talk of all that new aid is largely an empty promise.

And while he understands the urge to celebrate after decades of diplomatic gridlock, Rehman argues that the “glass half full” perspective of the Paris deal is actually dangerous, because it threatens to defuse the movement for real change in global climate politics.

“I think it’s not right for us as a movement to be applauding something if that then de-politicizes and takes away the power of the movements,” Rehman said. “So I very much say, if you’re rooted in the global south — then you would not be celebrating Paris.”

The Paris agreement means, for the first time, addressing climate change doesn’t have to mean a fight between global north and south. It could mean we’re finally all in this together.