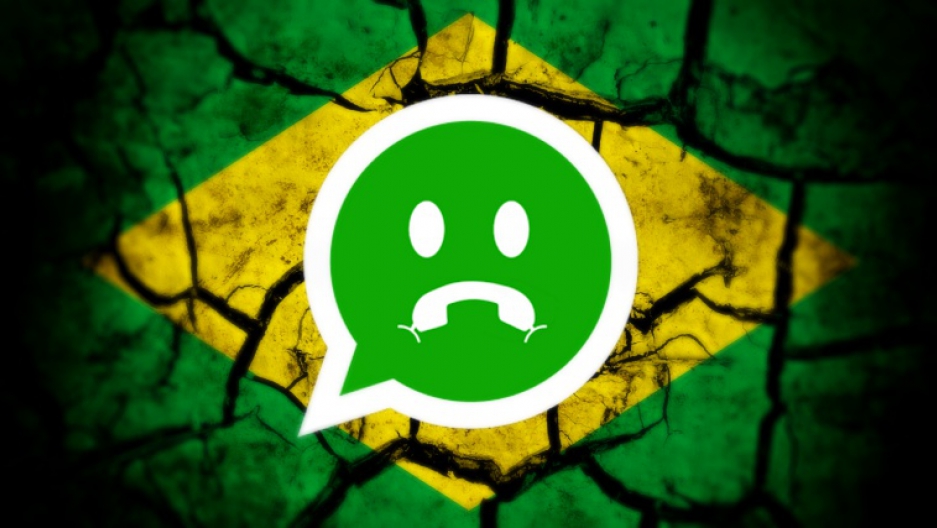 Millions of Brazilians were left without access to WhatsApp after a local court ordered a 48-hour, countrywide suspension of the mobile messaging application this week.

That's a big deal in nation with an estimated 100 million WhatsApp users, where the application has been a lifeline for communications between employees, friends and family members. at

An appeal was accepted later in the week by the São Paulo Court of Appeals — and users have been gradually regaining access.

But a mystery remains: Why was WhatsApp blocked?

Much information that could help answer this question is being withheld from the public. But it appears to be linked to a criminal investigation of a man accused of drug trafficking, armed robbery and association with Brazil's largest criminal organization PCC. This investigation is being conducted in secret, so no further details have been released.

In July and August, Brazilian judiciary officials ordered WhatsApp to release personal data of users who were being investigated by the Federal Police. But WhatsApp, which is owned by Facebook, refused to release the data, according to the São Paulo Court of Appeals press release.

On December 16, the Brazilian Prosecutor's Office responded by ordering telecommunications providers to block WhatsApp altogether, affecting what the company estimates to be 100 million users in Brazil.

Some websites from the Spanish-speaking part of Latin America reported that users in countries like Argentina, Uruguay, Chile and Venezuela also faced disruptions in access to the messaging service. The reason was that operators in those countries share with Brazil a network of submarine cables that connect South America and the Caribbean.

Brazil's telecom operator Oi filed an appeal against the order late on December 16, which the court in São Paulo explained that it had accepted because “it is unreasonable that millions of users are being affected because of the inertia of a company.” As of midday on December 17, the service appears to be back in action.

What does Brazil's Internet ‘Bill of Rights’ have to do with it?

The blocking motion was authorized by judge Sandra Regina Nostre Marques, who based her decision on a provision of Marco Civil, Brazil's so-called “Bill of Rights” for the Internet. The law establishes rules on network neutrality, privacy, data retention and intermediary liability, among other issues, and was approved by President Dilma Rousseff in April 2014.

The Marco Civil also allows state authorities to place sanctions on foreign Internet companies that refuse to comply with Brazilian legislation. As noted in Article 12 of the law, authorities can impose warnings, fines and temporary suspension of a company's services or activities. These penalties can be implemented only with a judge's approval.

The law's Article 23 also stipulates that a judge should take all necessary measures to protect the privacy of users who are facing criminal investigation.

On Facebook, CEO Mark Zuckerberg expressed regret about the decision. “I am stunned that our efforts to protect people's data would result in such an extreme decision by a single judge to punish every person in Brazil who uses WhatsApp,” he posted on his personal page.

Experts debate whether the punishment fit the crime

Francisco Brito Cruz, director of the São Paulo-based research center Internet Lab, speculated on whether the measure was proportional to the needs of investigators — in other words, he questioned whether WhatsApp had behaved badly enough to merit such an extreme response from the government. It's hard to know, he said, given that the process is being conducted in secrecy. He told Global Voices over email:

"It's impossible to know what the company's attitude was or its justification not to comply with the judicial orders. They could be fair or not, they could have to do with technical issues or the company's own values." [translated]

Even if the company's justification for withholding the user data is up for debate, it is clear that WhatsApp's actions were a violation of the law, Brito Cruz said:

"[The need for judicial order] guarantees that the authority conducting the investigation (police, the public prosecutor's office) doesn't release data without a judge's approval. If WhatsApp received an order that went through this process and then still did not comply with it, it violated Brazilian legislation, not only Marco Civil." [translated]

But other experts argue that a judge ordering Internet service providers (ISP) to block traffic to a specific application violates the Marco Civil's net neutrality principle, which requires equal treatment of platforms and services by telecommunications providers.

Founder of the BETA Institute for Internet and Democracy Paulo Rená, in an interview in February 2015 about a similar attempt by a judge to suspend WhatsApp, said that Article 12, even though it provides for suspension of an application, doesn't authorize a judicial order to be directed to ISPs. Rená was directly involved in the drafting of the Marco Civil.

In a similar view, Gustavo Gindre, from communication rights group Intervozes, compared the block on WhatsApp to blocking Internet banking services in a Facebook post:

"To me, the judge's decision is well-intentioned, but wrong. Wrong because there were other ways to punish Facebook (WhatsApp's owner) without shutting down the service, and thereby harming its users. As I have read somewhere, it would be like shutting down a financial system because banks have been refusing to deliver information on their customers involved in crimes. Just issue a huge fine." [translated]

Francisco Brito Cruz, however, has a different take on Article 12:

"Telecom operators are not allowed to block or filter traffic to an application in a discretionary fashion to satisfy their own interests, but this doesn't keep the judiciary from taking measures like this. It's a sanction, in fact, provided for in the same law that regulates net neutrality. Article 12 list sanctions applicable to service providers that violated the Brazilian law, that is, the particular kind of judicial order that is being applied doesn't matter." [translated]

The case has also thrown a spotlight on tension between a state's sovereignty and transnational Internet companies. As Gindre posted on his Facebook page:

"How [do we] deal with companies that operate on the Internet throughout the entire planet, but have their own servers installed in a few countries and refuse to comply with the Brazilian justice system? What is the limit to national sovereignty applied to the transborder world of the Internet?" [translated]

Was it the telco lobby?

At first, many thought the blockade had something to do with the aggressive rhetoric of Brazilian telecommunications companies seeking to regulate Internet sevices like WhatsApp and Netflix. Experts, however, have already clarified that in this specific case they are not related.

In August, Amos Genish, CEO of Vivo, Brazil's largest telecom operator, declared that WhatApp is “pure piracy” and defended its subordination to the country's telecom regulation agency, ANATEL. “They use our phone numbers to send free messages,” he told newspaper Folha de S. Paulo at the time.

Two other Brazilian operators, however, have established partnerships with WhatsApp, offering free use of the application to its clients — a practice known as zero-rating. According to consumer and Internet rights groups, this violates the net neutrality principle of Marco Civil, which is still pending detailed regulations on deals such as these.

Despite some bad blood, in similar court rulings in the past Brazilian ISPs have acted in favor of WhatsApp. In February, a judge in the state of Piauí requested WhatsApp to be suspended after the company refused to collaborate with police investigations related to child pornography. Two telecom operators, Claro and Embratel, filed an appeal to which a state judge at the court of appeals later complied, and the app was never shut down.

This story was cross-posted from our partners at Global Voices, which features the work of hundreds of bloggers worldwide.