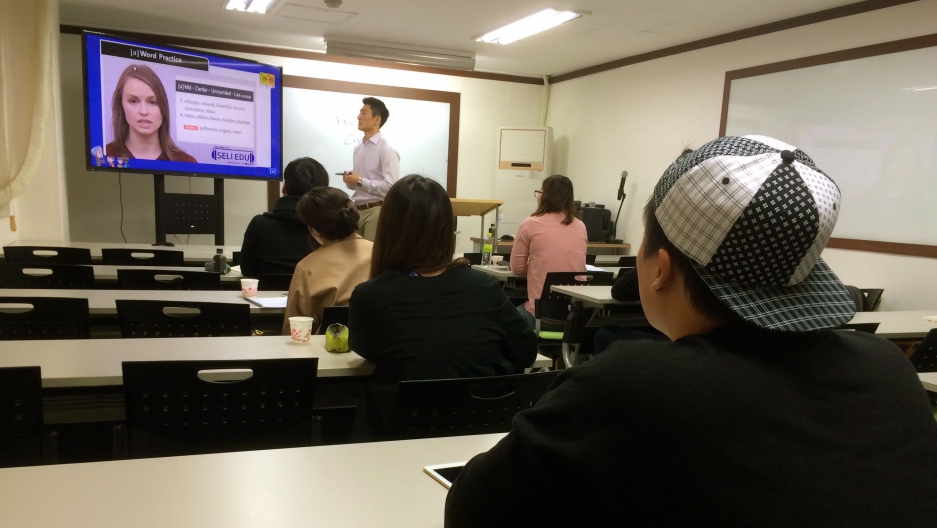 An English-language class in South Korea.

Sometimes speaking English isn't enough. Sometimes it has to be the right kind of English.

When Eve Coffey first applied for English teaching positions in South Korea last year, the job hunt didn’t get off to a good start. The 23-year old was talking online from her home in Ireland with a Korean recruiter who she says seemed puzzled by her nationality.

The conversation took a turn for the worse when she turned away from the computer to say something to her mother in a mix of Irish and her natural brogue. Coffey says the man lost it. 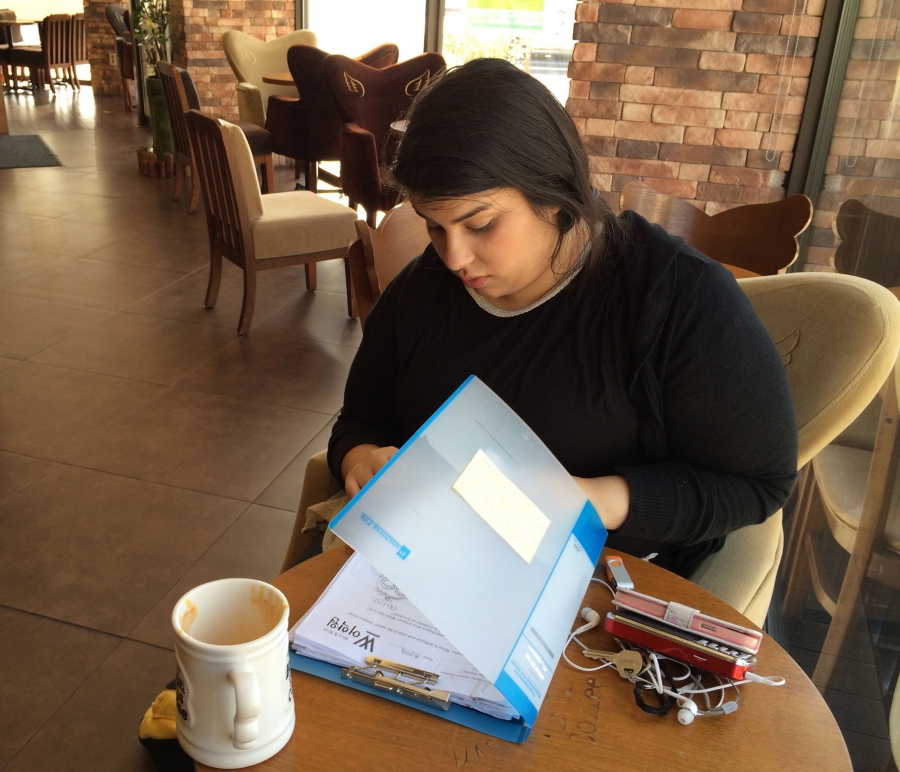 Irish ESL teacher Eve Coffey was taken aback when a South Korean recruiter told her she wasn't an English speaker.

“You’re not an English speaker!” she recalls the recruiter shouting. “You’re never going to get a job in Korea. You don’t speak English!”

Coffey says the man told her that he would add her name to a teacher “blacklist,” but that proved to be a hallow threat. She quickly found a job via another recruiter and now teaches ESL to middle and high school students in the city of Jinju.

Native speakers such as Coffey are in high demand in South Korea, where learning English borders on a national obsession. Some 20,000 foreign ESL instructors work in the country’s public school system as well as in private tutoring academies called hagwons.

Local law allows only citizens from seven English speaking countries to teach: Canada, the US, the UK, New Zealand, Australia, South Africa and Ireland. But some teachers who aren’t from North America say schools won’t hire instructors with their accents and some say their bosses even ask them to fake an American accent in the classroom.

Many South Koreans prefer the American accent over others because of their country’s historical and cultural ties with the United States, says Jasper Kim, who lectures at Seoul’s Ewha Women’s University.

He says this preference fulfills an academic objective, too.

Anything else, Kim adds, “wouldn’t make sense” to these ambitious Korean parents.

Some tutoring schools specifically advertise that they teach North American English, such as the Sweet English Language Institute in Seoul’s affluent Gangnam district.

For Kim Geon-young, his English instruction comes from North America teachers. He says he plans to do an MBA in the US. That’s why he wants to become more familiar with what he calls the “American accent.”

“I know there’s a difference between American and British English,” Kim says. But after being told that there are many regional accents in the US, the student admitts that he wasn’t aware of those differences.

The institute’s curriculum is based on what some phonetic textbooks refer to as Standard American English, says director Kevin Kang, who has a background in speech pathology. But he believes that the type of accent a student learns doesn’t really matter, despite what some Koreans think — consistent pronunciation is more important.

“It doesn’t need to be an American accent, or a British accent or even an Australian accent,” Kang says. “Once the learner sticks to one certain language, that will improve their sound a lot.”

Kang says one English sound that Koreans can’t seem to get right is the difference between an R and L. This causes some confusion when saying words like “read” and “lead,” or, famously, “rice” and  “lice.”

To help students improve their North American accents, Kang’s school is developing a smartphone app called Sound Fit. Displaying an animated mouth on the screen, the program  shows how the user should shape their lips and tongue to form vowels and consonants. It also compares the student’s pronunciation of English sounds to that of a native speaker.

Some other teachers in Korea do not agree with the Sweet English Language Institute's approach to language learning.

“Students need to hear a range of accents”, says Eve Coffey, the Irish ESL teacher in Jinju. “It would be very rare that they're actually going to hear a particular "ideal" accent”

Coffey adds that after a year of teaching in Korea, her students have gotten used to her voice.

So much so, she says, that one has even started to sound a little Irish when he speaks English.

13:00 Are the most valued English teachers white Americans?

17:50 There are many Korean dialects too.

19:02 And then there's North Korean version of the language.

MUSIC HEARD IN THIS EPISODE

"Fairytale of New York" by the Pogues