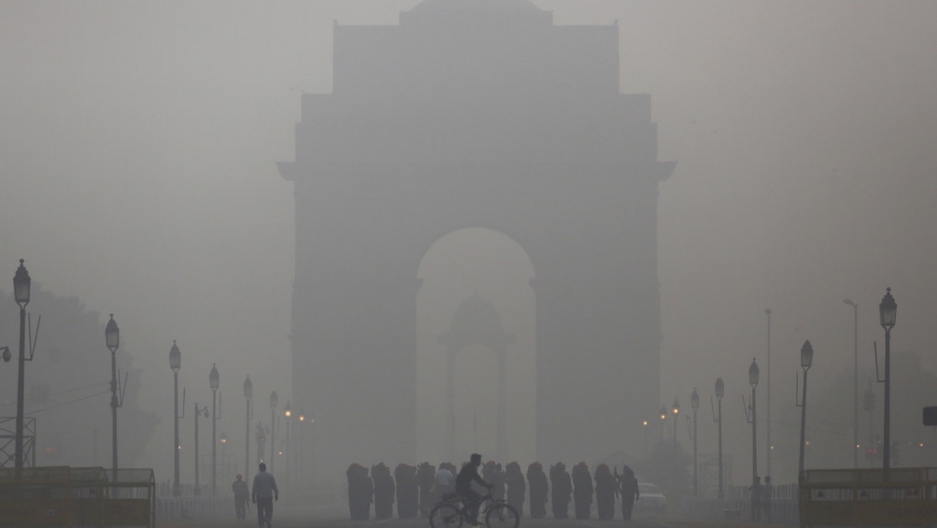 A man rides his bicycle by India Gate on a smoggy morning in New Delhi, Dec. 1, 2015.
Credit: Anindito Mukherjee
Share

At the same time, the levels of fine particle pollution in the air in New Delhi were 1.5 times higher than in Beijing.

Earlier this month, the Delhi High Court called the city a “gas chamber” and demanded action by the state government. An emergency meeting was called. Then something almost unprecedented in Indian politics happened: The authorities took action, immediately.

From Jan. 1, Delhi Chief Minister Arvind Kejriwal announced, private cars with odd registration numbers will only be allowed on the roads on odd days of the month, alternating with even-numbered cars on even days. Delhi’s traffic, and its pollution, will be halved.

“We are breathing poisonous air, and the biggest reason is the cars on the roads,” Kejriwal said in a radio address. “I know it will be hard, but to reduce pollution, we have to suffer a little. Your safety, life, health and your convenience is our top priority.”

Environmental researchers have backed the move as a necessary temporary measure. According to the Centre for Science and Environment (CSE), last month Delhi recorded 26 days of “severe” air pollution as defined by India’s Air Quality Index. While Beijing shut down schools and declared a red alert at similar levels, Delhi did nothing. Until now.

“The need of the hour is to take drastic emergency measures,” said Polash Mukherjee, a senior researcher at the CSE, a nonprofit public interest research and advocacy group here. “You need to cut down on unnecessary travel, you need to resort to cleaner modes of transportation.”

More from GlobalPost: India's biggest festival is really bad for its health

So far the authorities haven’t given the public many greener alternatives to driving. During a previous “Clean Delhi” push in 2001, fleets of polluting diesel buses and auto-rickshaws were retired and permits were only issued to public vehicles that ran on compressed natural gas. But the older fleet was never fully replaced, causing a massive shortfall.

The Delhi government has promised 6,000 new buses in January. That would be quite a feat, given that various state governments have made similar promises for the last 10 years without delivering any significant increase.

The Delhi Metro, the crown jewel in Delhi’s booming infrastructure, is pulling much of the weight instead. According to Anuj Dayal, spokesperson for the Delhi Metro Rail Corporation, 216 trains ferry 2.7 million passengers around the city every day. A train rolls into each Delhi station every two minutes.

Even so, during morning and evening peak hours trains are always packed to capacity, with people pressed up against the sides of the clean, air-conditioned cars. The state government expects the metro to increase services immediately to support the surge in passengers when road rationing comes into effect, but that will only be possible when new lines are completed a year from now. Until then, much like in the trains, there simply isn’t any more room. 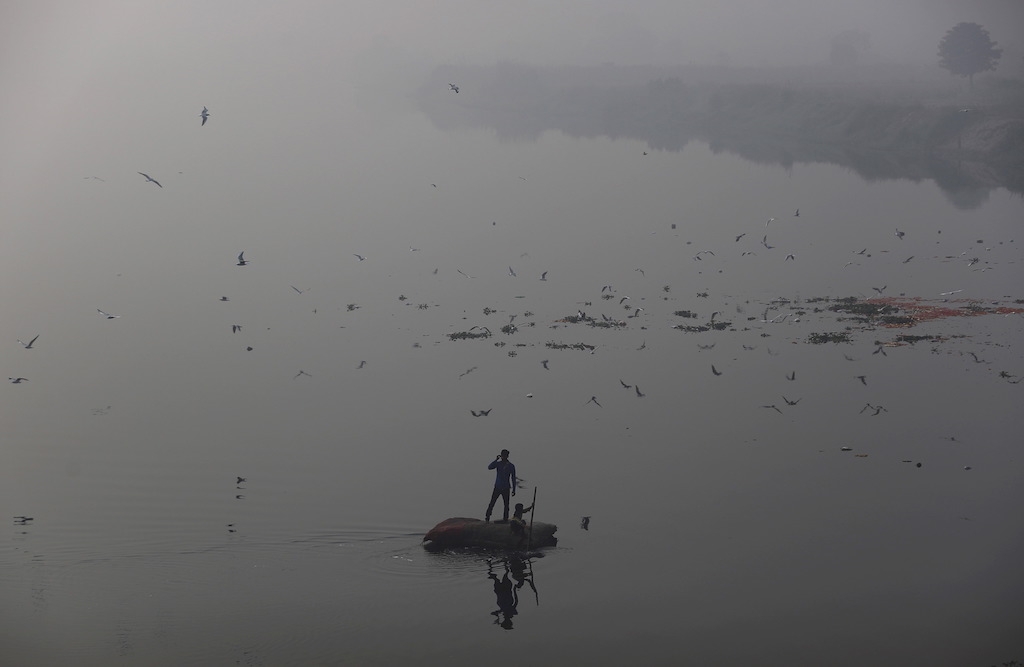 The river Yamuna on a smoggy morning in New Delhi.

There’s another serious flaw in the city’s plan: It doesn’t offer drivers any incentives to invest in cleaner cars. “Diesel cars pollute five to six times worse than petrol [gasoline] cars,” Mukherjee said. “Why is diesel priced lower than petrol?”

While the Volkswagen scandal has made drivers in Europe and the United States wary of diesel vehicles, in India cheap fuel has boosted sales. According to Mukherjee, while 20 percent of new cars purchased in Delhi in 2005 were diesel, the number has risen to 60 percent this year.

The Supreme Court has come to a temporary rescue, at least. Targeting SUVs and other big status-symbol cars, judges this week banned the registration in Delhi of any new vehicles with 2-liter or more diesel engines for three months. Taxi services like Uber were ordered to convert to compressed natural gas by March 2016. Trucks older than 10 years were barred from entering the capital.

More from GlobalPost: Now even cabs are too dangerous for Indian women

As with most things in the Indian capital, the issue relates to women’s safety, too. Incidents of sexual harassment on public transport and in cabs have made those women who can afford it turn to private cars. Seemingly helpless to make half the city’s population safer, the Delhi government is mulling making an exception in the road-rationing rule for single women drivers, who simply do not have an alternative.

It isn’t just women who have demanded an exemption. India’s vocal democracy, sometimes considered its biggest “disadvantage” compared to communist China, made it clear that it was unhappy about the new rule. The criticism has spanned from genuine concerns about mobility and belly-aching on social media to the opposition calling the move “impractical" and "weird.”

Almost immediately, the Delhi government started paring down the order. Now, the rule only applies from 8 a.m. to 8 p.m., it won’t be imposed on Sundays and there will be a trial period from Jan. 1 to 15. If people continue to object, the rule will be scrapped.

Perhaps it would be for the best, Mukherjee suggested. “There cannot be a blanket ban on anything,” he said. “I don’t think a command-and-control approach will work in India of all places. People will find ways around it.”

More from GlobalPost: Why India's Uber rival had to replace its cabs with boats

Other cities that ration road space are a lesson. Like in Beijing, Mexico City’s “Hoy No Circula” (roughly “No Driving Day”) restrictions decreased pollution initially — but eventually, emissions increased because people took to keeping two cheap cars for use on alternate days. Bogota’s attempts to target peak-hour traffic also failed to deliver the hoped-for improvement in air quality, as residents took to starting out during off-peak hours.

Already, those who can afford it are talking about buying more cars or gaming the system in other ways. According to Mukherjee, fiscal measures like prohibitive taxation on second cars and diesel vehicles have a better shot in India, but waking up to the ill effects of air pollution will also be critical.

“You can’t deny that the whole move has got everybody talking about [Delhi’s pollution],” said Mukherjee. “You have to realize that this is what pollution is, and this is what it’s doing to your children, to your parents. [Curbing pollution] is the need of the hour.”