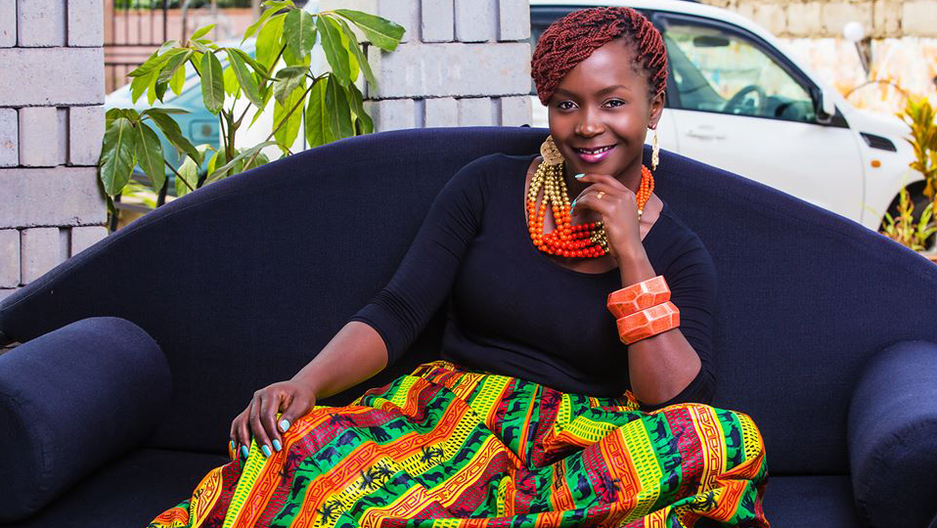 Kansiime Anne has made a living in the arts, which is seen as nearly impossible in East Africa.

Ugandan comedian and actress Kansiime Anne’s most controversial joke is about giving her husband condoms when he went on a trip without her.

She trusted him, but not so much the people he was traveling with.

“He was like ‘Oh my God, I think I married the best woman,’” she says. “And then I twisted it and said ‘But in turn, I think what we should do is have me stay with some condoms.’ ... He didn’t travel. Do you know how many women want to be able to do something like that?”

She often twists typical everyday scenarios into situations where women have and use unexpected kinds of power. Many of her female fans even show her videos to their husbands to bring up topics they don't feel comfortable bringing up themselves.

"I've been told that my clips tend to show women as the winning team. I always win all the arguments, as a matter of fact. But I don't know how else to put it. I'm a woman. I mean, if I'm not on my side, I don't know which other side I'm supposed to be on."

Her fans have even taken to calling her "The Queen of Comedy." And there might be something to that. She recently came back from a tour in the US and filled at least 1,000 seats at a show in Kenya. This weekend, she's performing in Dubai.

There are plenty of things about her that make her different. She's a rare example of someone making it in the arts industry. Most of her fans find her through her sketches on YouTube, which bring in thousands of dollars from advertising.

She's married, but doesn't have any children. Women her age are expected to have children pretty much as soon as they get married, and one of her jokes is about her experience of having to visit her aunt for advice on how to solve the "problem." These are the directions she got:

"I’m supposed to whistle three times, and run around the house, chanting 'ojokey-wa-jokey, ojokey–wa-jokey,'" she says. But what if her husband saw her doing that? She's not sure her marriage would survive it.