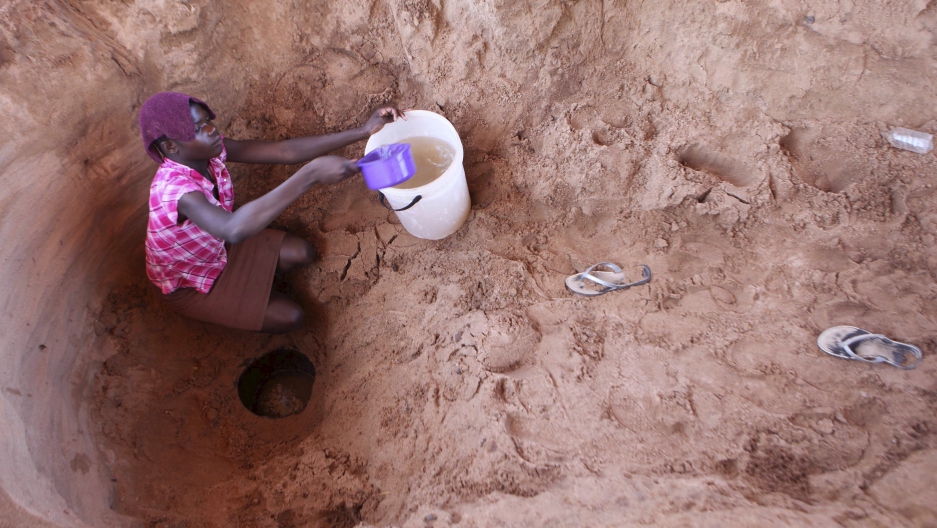 A woman fetches drinking water from a well along a dry Chemumvuri river near Gokwe, Zimbabwe, May 20, 2015. Southern Africa has suffered one of its worst harvests in years due to a lack of rain, prompting concerns about food shortages across the region.
Credit: Philimon Bulawayo
Share

JOHANNESBURG, South Africa — For a glimpse of what could be the world's climate future, look at Africa.

At this month's Paris climate change talks, a landmark deal set targets to cut greenhouse gas emissions, with the aim of limiting global warming over the long term. It was a crucial step toward a brighter future.

But in East and Southern Africa, the effects of a changing climate are causing big problems right now.

A drought combined with a “super-charged” El Niño, a weather phenomenon said to be made stronger by global warming, has devastated agriculture and affected tens of millions of people.

And so for countries in these regions, was the Paris deal enough?

While all of Africa produces less than 4 percent of all greenhouse gas emissions, as the hottest continent, it is suffering the worst impacts of climate change on the planet. According to the African Union’s economic development program, NEPAD, climate change effects are becoming more frequent and severe on the continent, “exacerbating the already extreme levels of poverty.”

Going into the talks, key points for African negotiators were the differing responsibility levels of wealthy, industrialized countries and developing ones, as well as funding to help vulnerable ones adapt and deal with climate change.

Akinwumi Adesina, president of the African Development Bank Group, said that African negotiators went to Paris with clear expectations and initiatives to contribute, and “the voice of Africa has been heard — loud and clear.”

“While the agreement may not be perfect, it has largely reflected Africa's specificities, while accommodating the needs of other developing regions,” he said in a statement. “I have always said that a deal that is not good for Africa is no deal at all.”

But the PanAfrican Climate Justice Alliance, representing civil society groups across the continent, said the deal doesn't go far enough and described the Paris outcome as “a mixed bag.”

“Our hearts bleed profusely for communities — smallholder farmers, pastoralists, fisher folks, indigenous peoples, women, youth, children, the aged — who expected Paris, after years of postponement, to deliver an agreement that is responsive to African realities and aspirations,” the group said.

More from GlobalPost: We must fight climate change with trees in Africa

The high stakes are clear. Agriculture in Africa, fed by rain and dominated by small farmers, is especially vulnerable.

In Ethiopia, the worst drought in decades has caused failed harvests and left a tenth of the population needing food aid. Other countries in the Horn of Africa region, including Somalia, Eritrea and Kenya, are in a similar situation. The drought may be followed by devastating floods.

The United Nations children’s agency has warned that 11 million children in East and Southern Africa are at risk from hunger, lack of water, and disease — including malaria and cholera — as a result of the powerful El Niño. In Malawi, UNICEF is mass-screening children for malnutrition.

Meanwhile in South Africa, the worst drought in more than two decades has damaged crops and livestock, leading the government to declare disaster areas in several provinces. Food prices are expected to spike in the months ahead.

Edna Molewa, the South African environment minister, said the agreement reached during two weeks of COP21 negotiations “is not perfect, but it represents a major leap forward for developing countries.”

“I just wish I could jump high now," she said, according to IRIN, the UN's news agency. "South Africa accepts the Paris Agreement as the best agreement at this moment.”

More from GlobalPost: South Africa is praying for rain as it faces its worst drought since the '80s