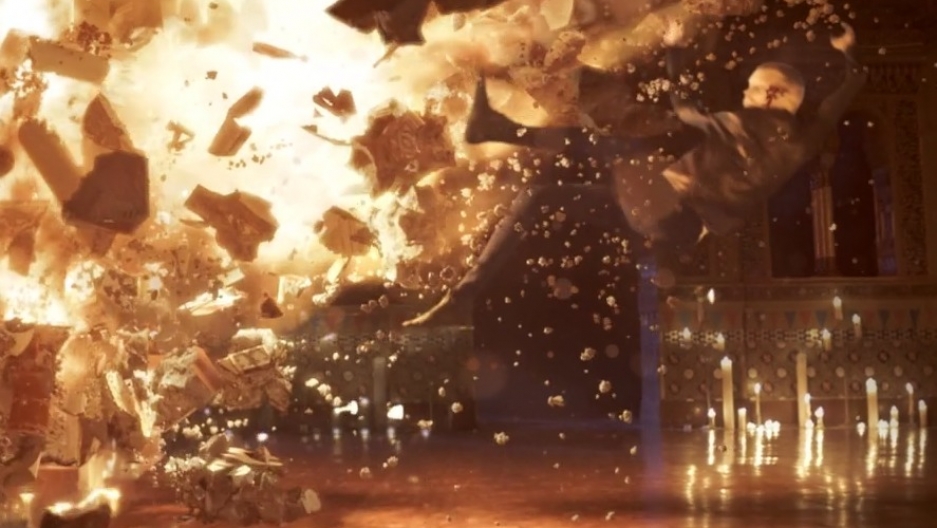 In acreepy post-script to our recent storyabout virtual reality, a creative studiofrom Buenos Aires has released a short film imagining a world (a future?) where people escape from regular life into VR worlds. The short "Uncanny Valley" starts with a series of interviews with gamers describing their day-to-day life: 17 hours of combat with short breaks to eat and sleep. One gamer puts it simply: "I wake up, check my rankings, and go straight to the battlefield." We see the contrast of waking life with the detail and adrenaline that's part of their virtual reality.

Produced by 3DAR, the film has the incredible visuals of a fancy blockbusterpacked into eightmesmerizing minutes. It takes its name from the phraseused to describe the disconcertingfeeling many experiencewhen looking at a computer-generated face that's close to perfect, butan eerie fake quality remains. "Uncanny Valley" extrapolates fromanxieties about present-day society likeall good sci-fi does, leavingthe viewer with that same uncomfortable feeling. But I don't want to spoil the ending --- you should just watch for yourself.