A mother and her daughter listen to Democratic presidential candidate Sen. Bernie Sanders (not pictured) at a labor rally and news conference to introduce legislation designed to make it easier for workers to join together and bargain for better wages, benefits and working conditions in Washington October 6, 2015.

One day, a woman walked into her bank. She was on her way to the office, so she was in a suit, heels and carried a briefcase.

She'd taken no more than five steps when a bank employee graciously stepped up and asked what she needed that day and how he could help. Another smiling, helpful staffer was only a few steps behind him.

The next day that same woman walked into the same bank. This time she was between the child care center and the pediatrician's office, with a baby in one arm and a 4-year-old clinging to the other. She was in sneakers, shorts and had a diaper bag slung over one shoulder. No one took any notice. Same woman, same income, same bank account, but no helpful bank staffer offering assistance.

That woman was me. That’s when I realized that motherhood had fundamentally changed the way people perceived me. When you look like you make money, the world takes note. When you look like you make little people, the world shrugs. I thought I could educate myself out of the gender gap, and avoid the stinging slap of discrimination by excelling in the traditionally male occupation of law. Boy oh boy, was I wrong. 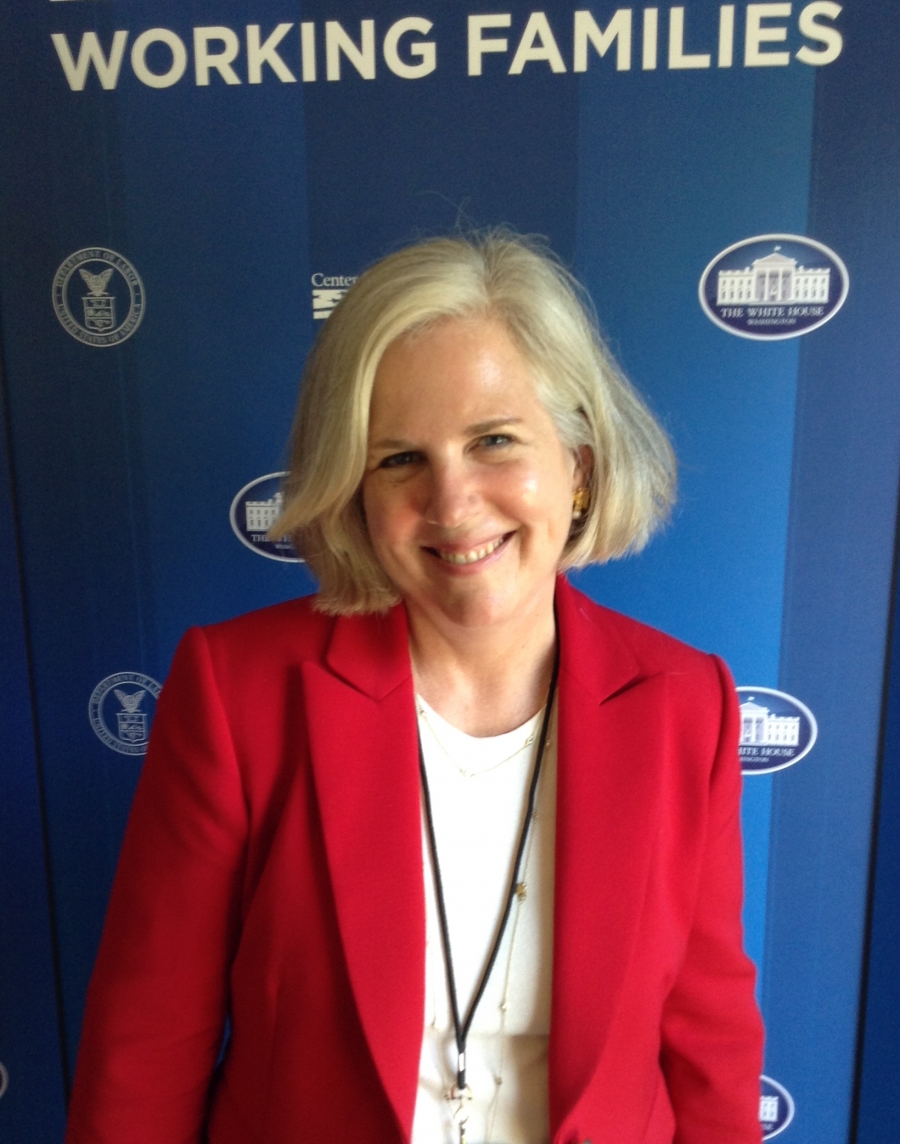 I had made the transition to working mother of one child with a manageable amount of upheaval. Once the necessary adjustments were in place it worked sort of consistently, most of the time. Everybody was fairly happy — me, the child, my spouse, my boss.

But the second child — that was another story. That baby didn’t just double the pace of my life, oh no. Something on a more exponential dimension had happened. Running the house, running the kids, running my practice, it was all running me into the ground. (Maybe my dedication to breastfeeding, and making my own baby food rather than using the store bought kind, were contributing factors. But hey, I had standards.)

My husband’s life escaped the whole rearrangement mine had undergone. After the birth, he’d gone back to work. His schedule was bursting and unpredictable, and he was never home until well after dinner. So, it was up to me to pack up the kids and get us all out of the house, drive to two different child centers, and get to the office on time. Eight hours later, I’d fly out of the office, taking home work that would never get done, make two stops to collect two children, do the dinner, bath, bed routine, including breastfeeding the baby and reading to the 4-year-old. It was wonderful. It was impossible. After 6 months, I was done. Or done in.

Before I resigned, I steeled myself for the difficult conversation with my boss. Even so, I found myself weeping all over the place, apologizing for my ineptitude, my utter lack of organization, my inability to conduct all facets of my life like a perfectly balanced perpetual motion machine. I left that office dragging my shame and failure behind me in total defeat.

Now with only one income, we couldn’t afford the mortgage. We sold the house and moved. I told myself that I had “opted out,” only it didn’t feel that way. It felt like the attitudes toward me and expectations of me had somehow conspired to push, shove and elbow me out. I wasn’t aware that I was making a choice, or even had a choice — I could either be a mother or be a worker, but I couldn’t be both. I shouldn’t presume to be both. I had no business being both. I just surrendered to a culture stronger than myself that said "Either you work as if you have no children, or you raise your children and dare not work. There is no middle ground." I surrendered.

The Mom-mentum Mothers' Declaration of Rights is, in essence, a list of demands which includes: That unpaid caregiving be recognized as labor by the government, safe and affordable childcare for all and support for the emotional health of pre- and post-partum women.
Read the full declaration

Years have passed, the children are older, and I know more now. I know that there was nothing wrong with me. I wasn’t incompetent or disorganized. No one could have single-handedly raised two children, run a home, and worked the hours expected at my firm. Not even with a husband and two child care centers, no one could do all that. I read Ann Crittenden’s The Price of Motherhood. I took advantage of living in Washington, DC, and went to congressional briefings hosted by the Institute for Women’s Policy Research, National Women’s Law Center, Center for American Progress and National Partnership for Women and Families. After thoroughly educating myself, I went to work as a public policy analyst at Mom-mentum, the non-profit that educates, empowers and inspires mothers.

Now I put the responsibility where it belongs:

I’m not the only woman this has happened to. There is a nation full of women just like me, and many more forced into even worse “choices,” some that have to be made on a daily basis. And we vote.

This essay was originally published on BlogHer and has been re-posted with permission.