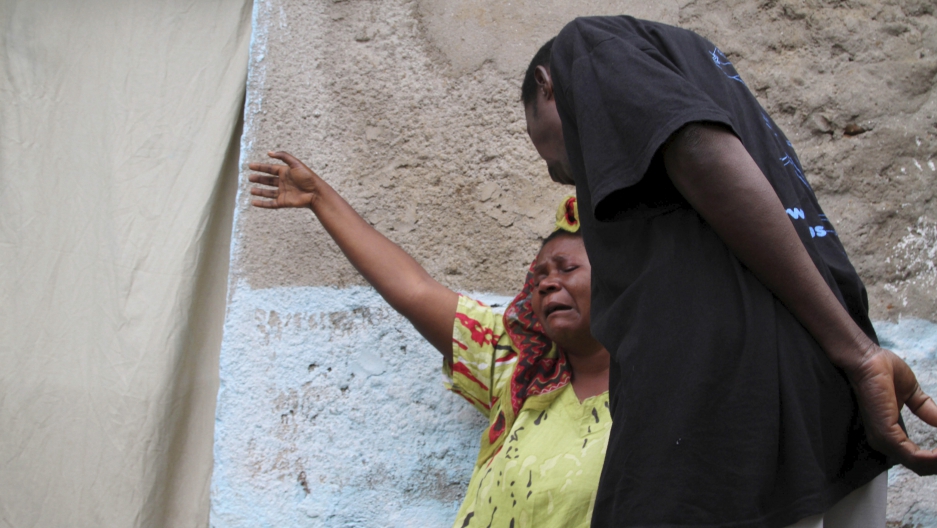 A woman mourns after her son was killed during gunfire in Burundi's capital Bujumbura, December 12, 2015. At least 87 people have been killed in fighting in the last week.

More than two decades after the genocide in Rwanda, there is growing concern that a similar ethnic divide could escalate into conflict in neighboring Burundi.

The African Union has issued an official statement that Africa should "not allow another genocide to take place on its soil."

The United Nations’ High Commissioner for Human Rights has also warned that the country is "on the cusp of civil war," and at risk of a conflict with "ethnic overtones."

Last week, 87 people were killed in gun battles between government forces and rebel fighters in the capital, Bujumbura. Both sides blamed the other for the violence.

Like Rwanda, Burundi has large populations of both Hutus and Tutsis. Between 1993 and 2005, the country experienced a brutal civil war along the same ethnic divide. According to the BBC’s Robert Misigaro, comparisons with Rwanda’s history are understandable, but misleading.

“Of course, when you know what happened in Rwanda, there’s a reason to be afraid and think ‘is this similar?’" he said. “But to use the ‘G word’? I would have to say that’s going a bit too far. Because we don’t have the [same] ethnic divide in Burundi.”

Both the Burundian government and opposition remain ethnically mixed between Hutus and Tutsis, and have been since President Pierre Nkurunziza took power. Misigaro says that fact has been missed by the international community. “The question would be — a genocide against who, and by who? You need a clear line [of division] for a genocide to take place."

For ordinary Burundians, it's still a worrying time. The UN estimates that 220,000 people have fled the country since April. Misigaro says that there is now an atmosphere of anxiety in the capital, Bujumbura.

“It’s affecting everybody in Bujumbura. People used to go out to the beach, have fun, meet friends. Those kinds of things are not happening right now. So you can understand how frustrated people are. And with shootings happening at night — people are not able to rest."