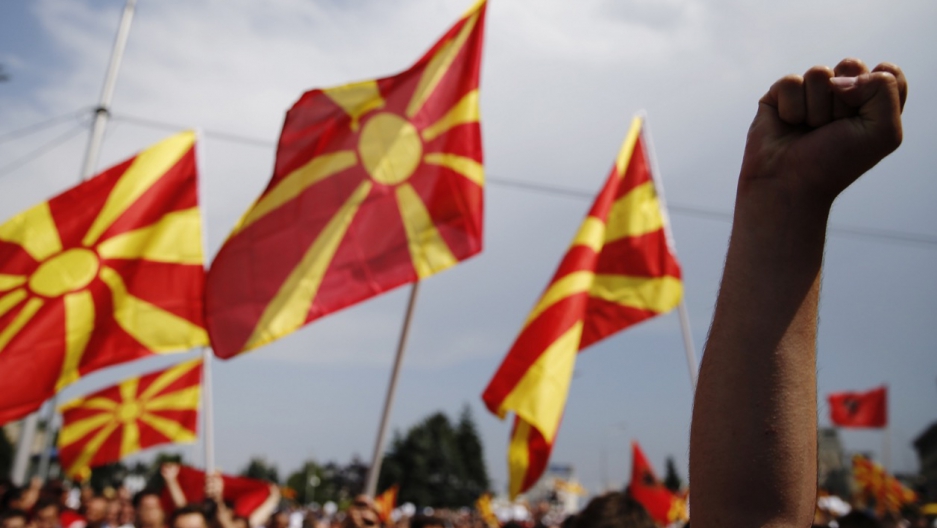 What becomes of this “Macedonian” pride?
Credit: Marko Djurica
Share

If all politics is compromise, then Macedonia may be giving Greece a freebie.

Its prime minister told the Guardian on Wednesday the Balkan country of around 2 million could potentially change its name to patch up a 24-year-old dispute between the two European neighbors.

That should suit Greece just fine.

Since the breakup of Yugoslavia, of which Macedonia was a member, Athens has taken issue with its neighbor’s name, which it claims was swiped from a historical northern region in Greece. Greek officials also believe Macedonia, which is home to a majority Slavic population, is passing off elements of Greek culture and history as its own.

Athens has gotten so riled up that it’s even blocked Macedonia from joining the European Union by using its veto power over new members.

Thanks to the long-running squabble, Macedonia is still formally known in international diplomatic circles — like in the United Nations — by its provisional name: the Former Yugoslav Republic of Macedonia (FYROM).

But now, the bad blood between the two may finally be coming to an end.

The republic’s name-change discussions have previously included the idea of adding "new" or "upper," the Guardian reported.

The Macedonian public would still have to approve of any name change through a popular referendum.

Macedonian Foreign Minister Nikola Poposki is expected to discuss the issue with Greek officials on Thursday during his visit to Athens, reportedly the first such trip in 15 years.

He told a Greek newspaper “conditions are more than ripe” for talks on the matter.