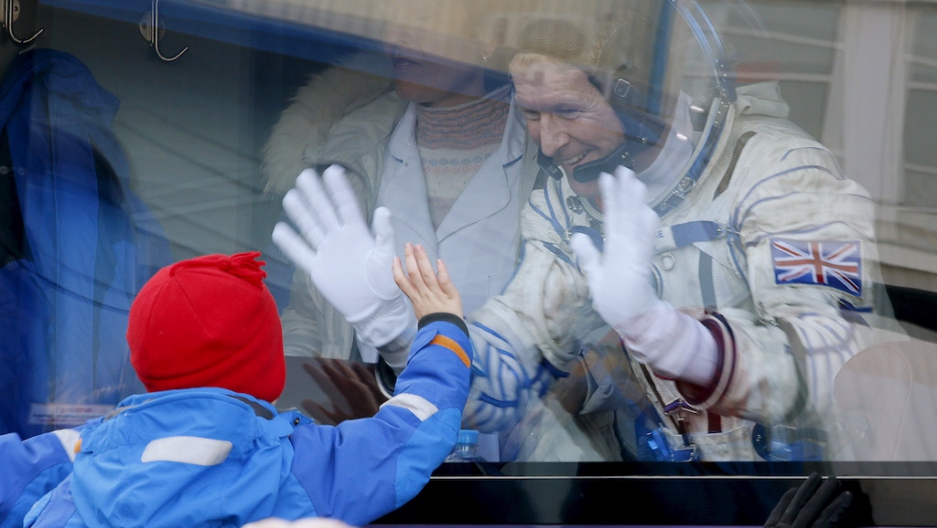 British astronaut Tim Peake waves to his children before blasting off from the Baikonur cosmodrome in Kazakhstan, Tuesday, Dec. 15, 2015.
Credit: Dmitry Lovetsky/Pool
Share

LONDON, United Kingdom — An American went into space on Tuesday. Chances are, most of his compatriots didn't even notice. Likewise for the Russian who went with him.

Things were different, however, for the third member of the crew: a British astronaut named Tim Peake, who became a national hero by boarding the International Space Station.

Last tweet before launch - GO for flight! Thanks for all the good luck messages - phenomenal support! #Principia pic.twitter.com/8jbxejHEEe

A handful of other Britons have already crossed the final frontier. Six, to be precise. But four did it for NASA, so the British try not to think about them. Another was the son of a NASA astronaut who paid $30 million to follow in his father’s footsteps as a space tourist. The sixth, and first to go, was a chemist named Helen Sharman, who flew to the Soviet space station Mir in 1991.

Sharman racked up a string of achievements — first Brit in space, first woman to board Mir, one of the youngest ever space travelers — but she did so on private money. Her mission was funded by sponsors that, according to the BBC’s report at the time, included a flower delivery business, “a watch manufacturer and a cassette tape company” (hey, it was the ’90s).

So while Sharman may have worn the Union Flag on her space suit and even carried a portrait of Queen Elizabeth II in her pocket, she wasn’t technically representing her country up there. 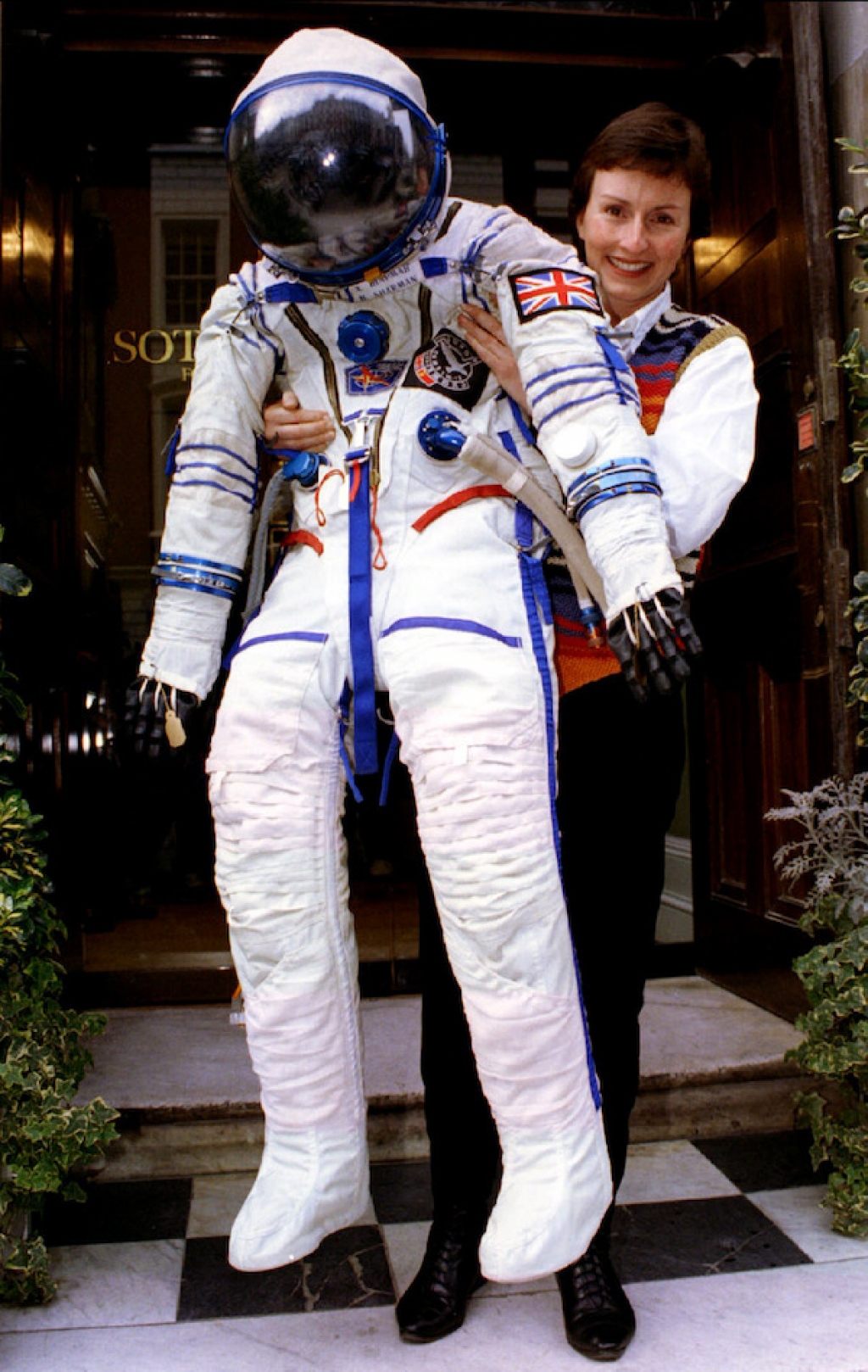 Instead that honor falls, 24 years later, to Peake. The Englishman — who, by suspiciously perfect coincidence, did so well in the army that we get to call him “Major Tim” — will spend the next six months conducting hundreds of experiments and other scientific exercises on board the ISS, including running a full marathon on a treadmill and, er, testing a revolutionary process for making an acceptable cup of tea in zero gravity.

He’ll do it all at the expense of the British government, or more accurately, the British governed. Over 2014-15, the UK will have contributed the equivalent of $655 million to the European Space Agency, which is running the Principia mission in which Peake is participating. Around $16 million was earmarked for work on “human space flight and microgravity.”

The government is counting on the investment paying dividends. Citing the so-called Apollo effect that saw the number of PhD students in the US virtually triple at the height of NASA’s space flight program in the 1960s, the UK Space Agency hopes that Peake will be “the ultimate” ambassador for crucial science, technology, engineering and math fields. It's aiming for 100,000 jobs in the UK space sector by 2030, compared to just over 34,000 in 2014.

That’s what the hype that accompanied Tuesday’s launch was really about. That, and Brits indulging secret dreams of a lost empire (speculation). Either way, much of the kingdom was sweetly excited to hail from the same country as the man speeding as far as currently possible from said country.

Only two days til lift off @astro_timpeake We are so excited in this house! #goodlucktim #principia #ISS pic.twitter.com/sT3HL3V5Lf

Enthusiasts counted down to the Peake’s early-morning liftoff from Kazakhstan with one of the jolliest hashtags in memory, #GoodLuckTim. Endearingly nerdy children cheered as they watched live at the Science Museum in London.

Wow, what an amazing morning at the @sciencemuseum! So much support for @astro_timpeake on his #Principia mission! pic.twitter.com/CljiCE3hbc

The launch led news bulletins and filled live blogs throughout the day, even during the hours of dead time before his space capsule docked with the ISS. (It was followed by a two-hour wait while the three crew members prepared to board, which sent those presenting rolling coverage into a frenzy of barrel scraping.) 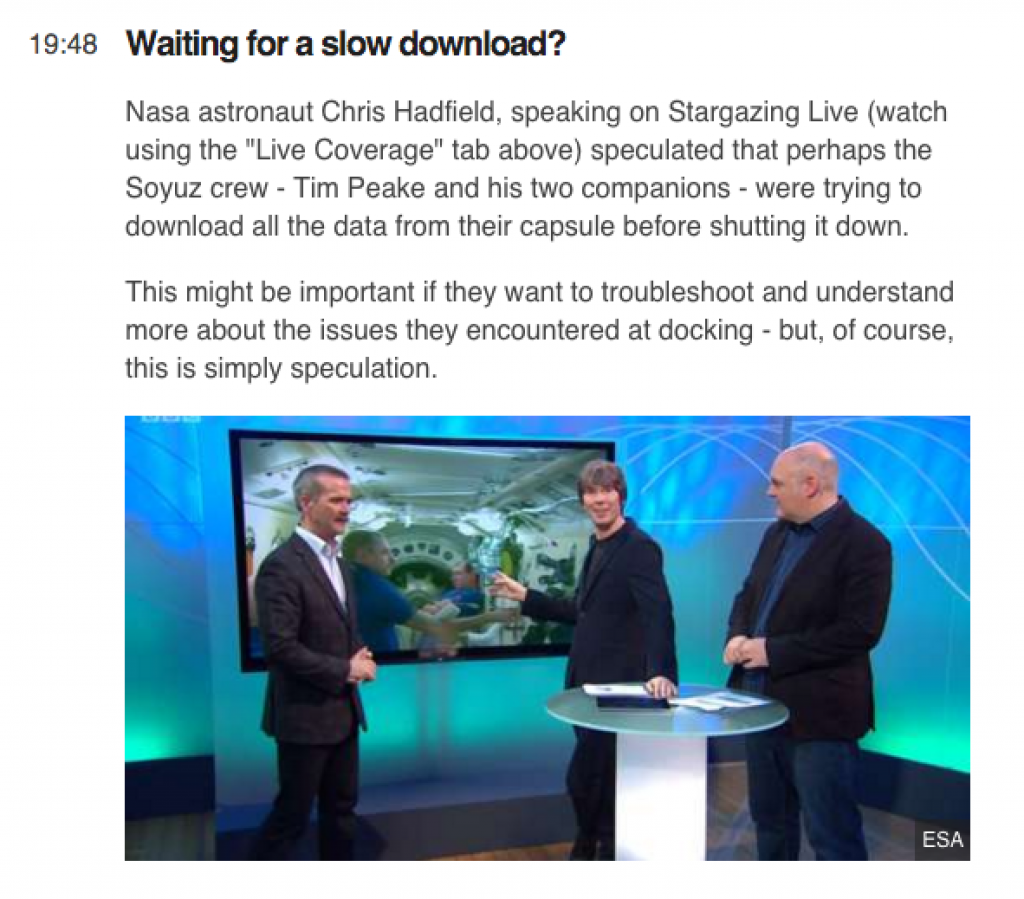 The BBC's live blog starts to run out of ways to cover the wait.

And, in finest national tradition, the country interrupted its enthusiasm to mock its elected officials.

It was great to watch Tim Peake blast off on his mission to join the International Space Station. pic.twitter.com/pqAw0ETuok

.@David_Cameron Try turning it off and on again pic.twitter.com/OkwTbO2giY

.@David_Cameron History is truly being made. pic.twitter.com/VItgi5jkkS