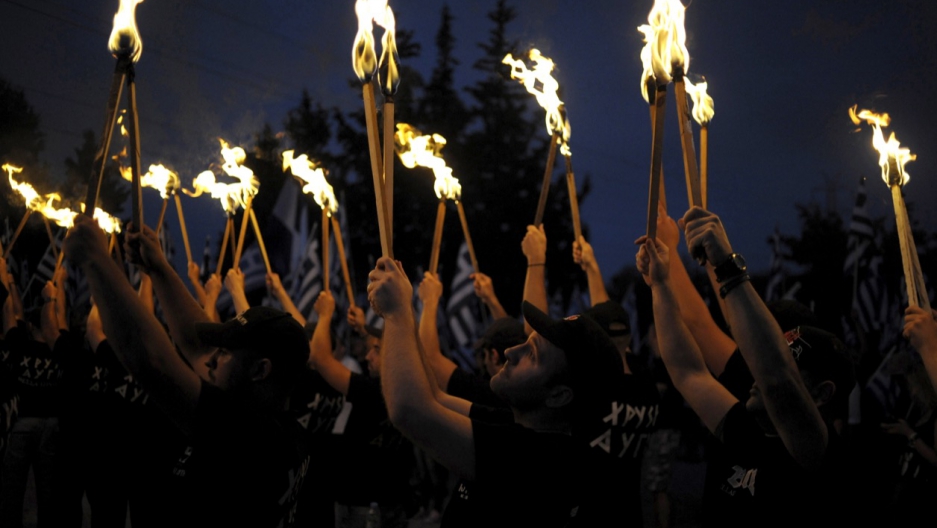 Just a week ago, that was unexpected. They were leading in more than a dozen regions in the first round of voting, and many were already imagining what their rule might look like.

But anyone who dislikes the opinions of Marine Le Pen and company should not be celebrating.

The main reason analysts say the far-right party lost is because the Socialists withdrew some candidates to make sure their conservative rivals won enough votes to defeat the National Front.

The party’s support is growing. Although they didn’t win a single region overall, Le Pen boasted that they tripled their number of local councilors and became a top political opposition force in many regions.

But this is not just some French phenomenon. Hard nationalist and xenophobic politicians across Europe are gaining popularity as sections of their society become afraid and angry over immigration. The Economist calls it “The march of Europe’s little Trumps.”

Hungary has probably been the best example. Prime Minister Viktor Orban’s vehemently anti-immigrant rhetoric, his country’s border fence with Serbia, as well as his pandering to the far-right Jobbik party has long caused concern in Europe. Among Hungarians, however, Orban’s approval has grown.

More recently, Poland’s new right-wing government — though not radical — pledges it will crack down on immigration. Also, thanks to its conservative Catholic stance, it announced it’s cutting state funding for in vitro fertilization.

In Scandinavia, support for the far-right Sweden Democrats party has shot up, while the Danish People’s Party took second place in last June’s elections.

German Chancellor Angela Merkel just made Time's Person of the Year for “viewing the refugees as victims to be rescued rather than invaders to be repelled.” But even Germany, which has been at pains to keep far-right groups sidelined, hasn’t been able to escape the trend. Case in point: the vocal anti-Islamic Pegida movement, which staged major demonstrations earlier this year. Some observers say the far-right Alternative for Germany (AfD) is the country’s third most popular party.

The magazine Der Spiegel wrote this week that it’s only a “radical minority” that’s behind recent attacks on refugee shelters and other xenophobic violence in Germany. “But at the same time, a new right-wing movement is growing — and it is much more adroit and, to many, appealing than any of its predecessors,” it wrote.

It’s anyone’s guess whether hard-right forces will become a mainstay in Europe’s political landscape in the years to come. But analysts are warning that the spread of nationalist tendencies could have dangerous consequences for the continent.

Martin Schulz, head of the European Parliament, even expressed concern last week that it could eventually fall apart amid growing Euroskepticism.

“No one can say whether the EU will still exist in this form in 10 years’ time,” he told Germany’s Die Welt newspaper. “If we want that then we need to fight very hard for it.”