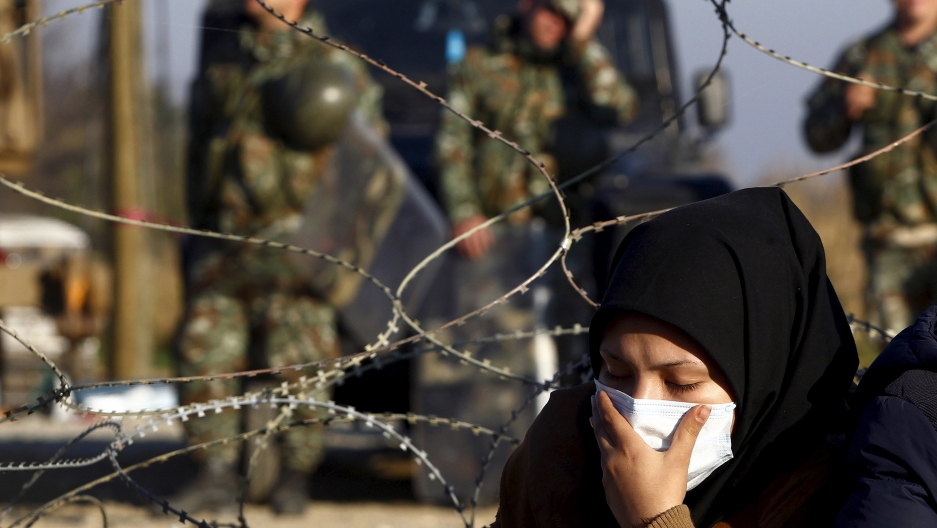 A migrant covers her face with a medical mask as she waits next to Greece's border with Macedonia, near the Greek village of Idomeni, November 19, 2015.
Credit: Alexandros Avramidis
Share

The EU unveiled plans Tuesday for a new border and coast guard agency that can intervene even without the host country's consent, saying it had to restore security threatened by the migration crisis.

The new force will have a "standing reserve" of 1,500 border guards who can be quickly deployed, unlike the current Frontex agency which relies on asking member states for contributions, it said.

"We cannot exclude that there will still be exceptional situations where a member state is for whichever reason unable to cope with a situation on its own," European Commission Vice President Frans Timmermans said.

"In such rare cases the agency must be able to quickly step in and assume the management of that specific part of the shared external border," he told the European Parliament in Strasbourg.

"This is a safety net which, like all safety nets, we hope will never need to be used. But it is essential to restore the credibility of our border management system."

Nearly one million refugees and migrants have crossed Europe's borders in 2015, mostly people fleeing the war in Syria. The majority have come to Greece on the short sea crossing from Turkey.

But with many migrants then trying to get to Germany, Europe's passport-free Schengen area has been under huge strain, with many states temporarily bringing back border controls.

EU Migration Commissioner Dimitris Avramopoulos said that where Frontex used to be limited to supporting member states with border security, the new agency would go "beyond" that.

"The border package we are presenting today will increase security for our citizens and ensure high standards of border management," Avramopoulos said.