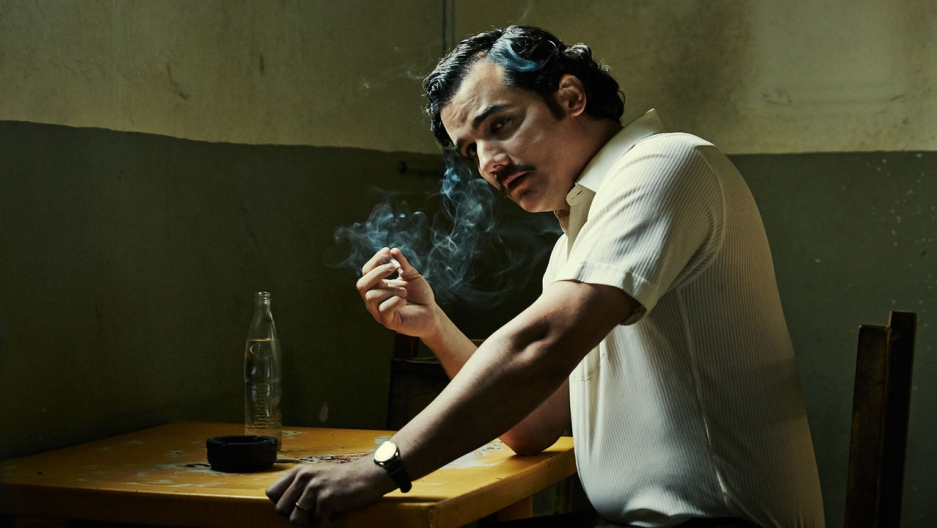 When I told friends and family that I was going to Colombia, I got the same reaction over and over again: Are you crazy?

Like most nations, Colombia is trying to market itself as tourist destination. It’s got a lot going for it: beaches, mountains, colonial cities and the Amazon. But Colombia also has a rough reputation to overcome — not long ago it was one of the most violent places on Earth.

Colombia has cleaned up its act in the past 15 years and is considerably safer, but perceptions are lagging. The new Netflix show “Narcos" isn’t helping.

"Narcos" tells the tale of drug lord Pablo Escobar, from the late 1970s through the early 1990s, and weaves in stories of Marxist guerrillas fighting the government. The 10-part series is graphic and violent. And fascinating. I liked it. All the Colombians I met, did not.

“It’s annoying because Colombia is so many things, so many good things,” says Pablo Lemoine, a Ph.D. student in engineering at the University of the Andes. He says Pablo Escobar, who was killed in 1993, is a tired story. Lemoine wishes Hollywood could find something else to say about his country.

“I used to live in New York, my name is Pablo, and everybody would say, ‘Pablo Escobar,” says Lemoine. “I had that joke always. I understand it, but I don’t like it.”

"We don’t like the idea of only being only portrayed as a country of crime and cartels and narcotraffic," says transportation planner Dario Hidalgo. "But it’s part of our history, we need to accept that. Pablo Escobar was a big threat to all of us: He put bombs and killed politicians and killed policemen.”

But here’s a different way of looking at the renewed fascination with Pablo Escobar — it’s getting a lot people talking about Colombia.

You may be wondering: How exactly does a bloody and violent TV show promote Colombia? Well, again, it’s piquing interest in Colombia. Also, "Narcos" is well shot — it shows off things like the picturesque steep hillsides of Medellín and the Andes. Lacouture says that can help change how people think of Colombia.

“That is something that will attract, and is actually attracting, people to come to Colombia and see what we have to offer. When they come to Colombia, they will realize not only what we used to have, but the beautiful things that we have.” 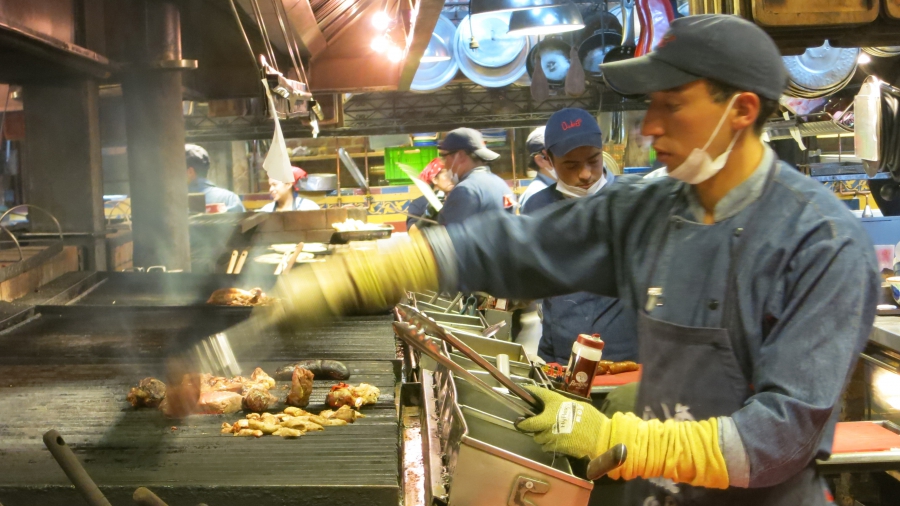 The quirky restaurant Andres Carne de Res located just outside of Bogotá is a popular tourist attraction, regarded as one of Latin America's top places to dine.

Lacouture went on to chronicle those beautiful things and the cultural attractions of her country. That’s her job. That’s also Mark Genney’s job — he runs private tours mostly for Europeans and North Americans with the company, The Colombian Way. But Genney doesn’t sugar coat things.

“The government is very good at putting at promotional images, saying ‘Look at what great food we’ve got, what great different climates we’ve got. Look at this picture of a plant or an animal somewhere.’ But there’s only that many times you’re going to read about soup, or the variety of fruits or different dancing. And I think they could do things that are more practical,” says Genney.

Practical things like paying more attention to one of the main tourist draws in Bogotá, the colonial city center, La Candelaria.

“It’s dirty,” says Genney. “So if people say, ‘The center of Bogotá is really dirty and is a bit edgy after dark.’ Fix that!”

Genney isn’t saying don’t visit Colombia, far from it. He’s just saying, know what you’re signing up for, then sign up.

“The reasons you think why would you not come to Colombia are actually one of the reasons to come,” says Genney. “It’s been in the wilderness in terms of tourism for up to 60 years.  So, if you’re an explorer, if you want to see somewhere that’s not overrun with tourism, Colombia is an ideal destination. That would be my reason for coming.”

Colombia has recently grabbed international attention for another thing, besides "Narcos" — the leftist guerrilla group FARC appears close to signing a peace deal with the Colombian government. That could officially end Latin America’s longest war, which has killed more than 220,000 people since 1964. That could go a long way to rehabilitating the country’s image.