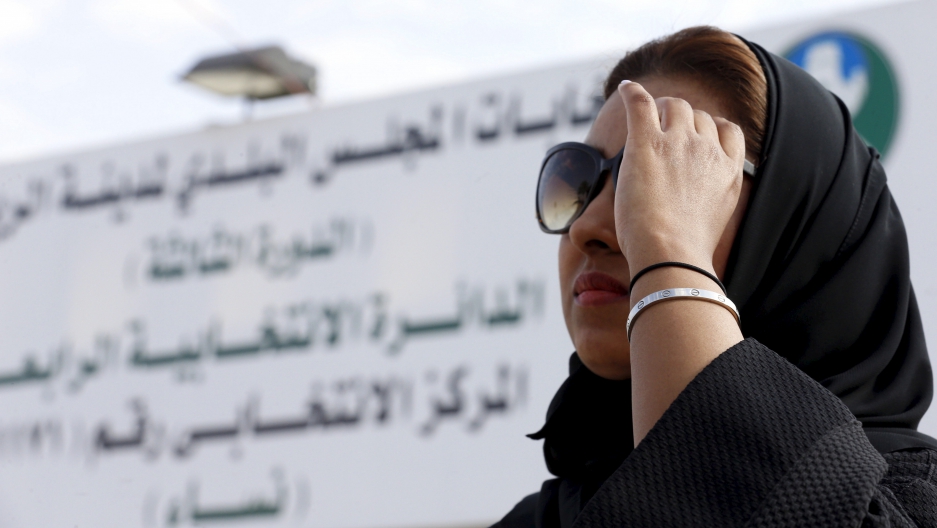 A woman leaves a polling station after casting her vote during municipal elections, in Riyadh, Saudi Arabia December 12, 2015.

Fawziah Albakr voted on Sunday for the first time in her country's history. The Riyadh resident, a professor of sociology at King Saud Univeristy, says she always knew that one day women would be able to vote in Saudi Arabia,

"Our society is changing so fast," she says. "Faster than anyone expected."

So far, Saudi Arabia only holds municipal elections. The national government is controlled by the monarchy.

This election was not only the first time that woman could vote, but also that they could run for office. Twenty women were elected out of 1,006 seats being contested.

"I never thought there would be seats for women," says Albakr. She points to other Persian Gulf states, where women have had the vote and can run for office, but very few have been elected.

Albakr says she hopes eventually Saudi Arabia will establish an elected parliament and become a true democracy. And with women now finally allowed to vote, she is optimistic about her country's future.

"I think its a step forward, in the right direction."