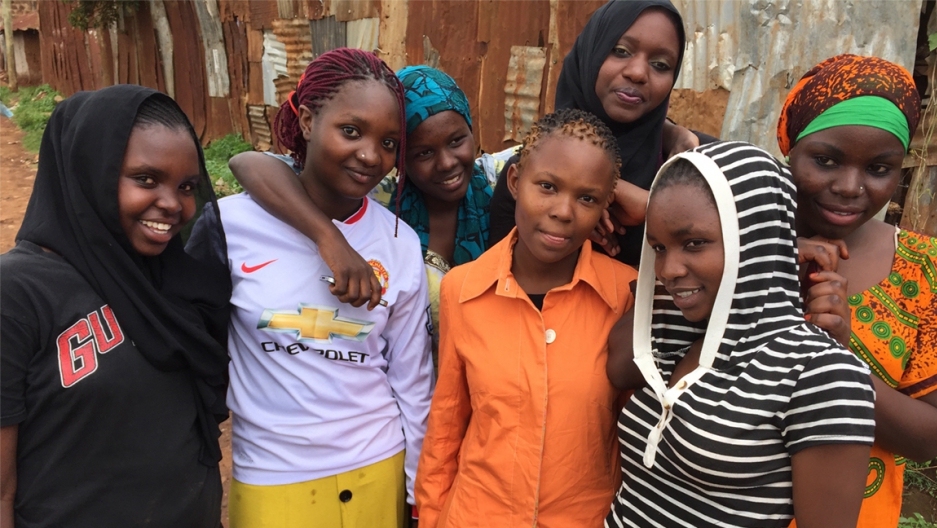 Members of the Mashujaa savings group in Nairobi's Kibera slum.

The girls from the Nairobi slum of Kibera had a problem. Government wasn't coming to their aid. Instead, they banded together to solve it.

For 15-year-old Halima Mohammed, the problem began with menstruation. She’d stay home from school because she could not afford sanitary pads. Many of her girlfriends were in the same situation.

“Maybe you fear it will dirty my clothes. We usually fear the boys,” Halima told me as we sat in the 10- by 12-foot shack she and her grandfather share in Kibera. "You see if a boy sees my clothes he will laugh at me or the whole class will laugh at me."

That was the motivating factor for Halima and other girls in the school to form a group to discuss some of these problems and figure out ways to fix them.

A solution they came up with, as part of neighborhood youth saving club, was to make bracelets, beaded jewelry and soaps. They would sell them, make money and purchase sanitary pads.

Follow Us on Tumblr
Check out our full GIF set on Halima and the Mashujaa savings group and much more.
This is Halima

Result: no more missed days of school for the girls and some profit on the side.

Importantly, it didn't involve a government that raised $2.75 billion in bond sales that mysteriously disappeared. The corruption angered the Halima and her friends — and their efforts to go another way. "If we work together," she says, "we can end that corruption."

Distrust of government and high finance runs rampant throughout Kenya, pushing many toward alternatives. Here's how it works in this corrugated zinc shack where we sit, just feet from where the Mombasa-Uganda railway makes a gash through the slum, belching black smoke along the way.

This is where a youth savings club meets. Some 20 Kenyan teenagers take their places on rickety plastic chairs, thin benches and a torn up loveseat. They're waiting for their names to be called by their group’s treasurer.

When 20 year-old Miriam Sabit calls each name, they bring forward their weekly contribution to their communal fund. Some have a couple hundred shillings (about $2). Others only 50 shillings.

“Ahmed, one share!” states Miriam loudly, holding up the money so everyone can see. “Halima, one share!”  And so it goes around the room. A young man comes into the shack after the meeting has started, and he brings forward his money. “Two shares,” Miriam says. “Good — but I’m docking you 20 shillings for being late to the meeting!"

The young people in this group take their work seriously. And if others don’t, they ask them to leave. 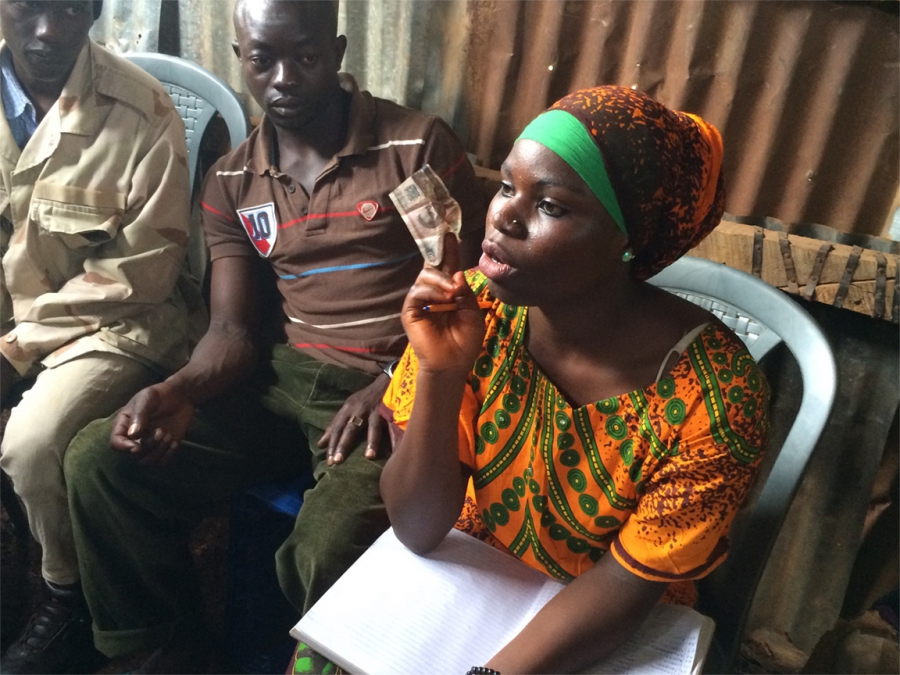 Miriam Sabit collects cash deposits from members of the Mashujaa savings group in Kibera. Members pool their savings to offer loans to group members wanting to start their own businesses.

They’ve named their group Mashujaa, a Swahili word for "heroes." And that word couldn’t be more apt. Because what some of these kids have survived is nothing less than heroic.

Fifteen-year-old Halima is a perfect example. Her mother and father both died more than five years ago. They drank a lot, did drugs. When Halima was a toddler, they’d leave her at home while they went out at night.

Get Involved with CARE International

Her grandfather, Mohammed Ramadhan Fadhal, now 65, would hear her crying at night, and find little Halima alone on the mattress. He tried reprimanding the father, his oldest son, but it didn’t help. So he took Halima under his wing. “I sacrificed everything for her,” he told me.

Mohammed sent Halima to a school in the neighborhood, covered her school fees and books. But money was still short. And then Halima hit puberty and began menstruating.

When Halima and her friends were seeking a way to get back to school, CARE Kenya was launching a series of Village Savings and Loan Associations across the country, with Kibera one of the target areas. Halima got involved along with other girls, and soon their imaginations led to organizing trash collection in Kibera, for profit. Running latrines, for profit. Setting up video game parlors, for profit. They'd just earn a few shillings here and there. But as I saw in their weekly meeting, every penny counts.

If members of the Mashujaa want to take out a loan, they can — but for approval, the member needs consensus from the group, and agreement on repayment. Since the program began two and a half years ago, the young people in the Mashujaa have raised over 40,000 shillings, or about $490. They are about to open a new account at a secure bank. Mobile technology has made transactions quicker and safer.

Their dreams are much bigger than just creating savings for themselves, though.

“We can change Kenya,” Halima declares.