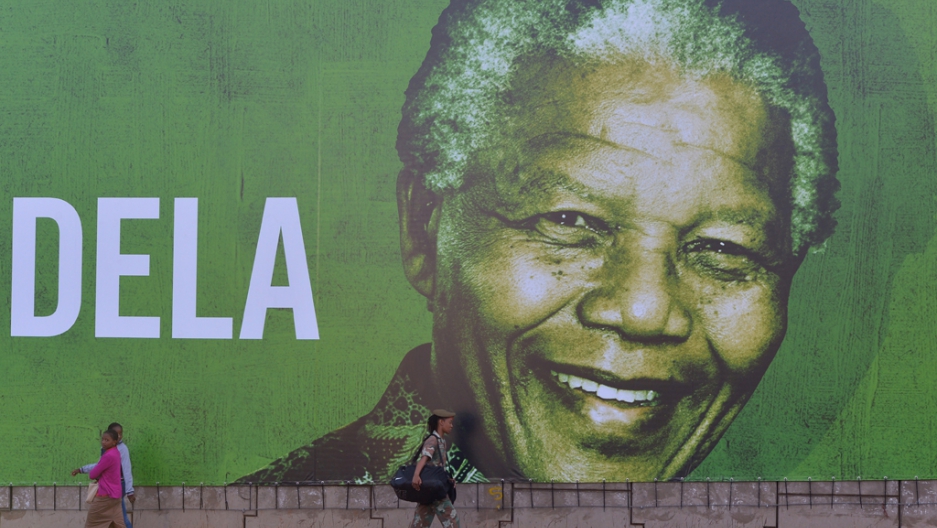 But two years after his death, a heated debate has emerged in South Africa that questions part of this towering legacy: was Mandela a sellout?

To some this might seem a shocking, even taboo sentiment. Here in South Africa it speaks to the feeling that black people got a raw deal in the negotiations that ended apartheid.

While black South Africans achieved political freedom, much of the country’s wealth remained in white hands — seen as a necessary compromise to protect the economy. Today, more than two decades later, economic apartheid continues and the pace of change is slow. South Africa is one of the most unequal countries in the world. By one estimate, a white household on average earns six times more than a black one.

The questioning of Mandela's legacy is not new, but the issue has flared in recent weeks following comments by Julius Malema, the outspoken former youth league leader of the African National Congress, Mandela’s party.

Malema, who was expelled from the ANC and now leads the leftist Economic Freedom Fighters, told Oxford students while on a UK speaking tour that Mandela, after his release from prison, was co-opted by wealthy white businessmen.

“The Nelson we celebrate now is a stage-managed Mandela who compromised the principles of the revolution, which are captured in the Freedom Charter,” Malema was quoted as saying, referring to the 1955 document adopted by the ANC and its allies.

Back in South Africa, Malema denied calling Mandela a sellout, instead arguing that the fault lies with the collective of ANC leaders.

“I don’t belong to a religion called Mandela,” he told a talk radio show. “President Mandela was a human being like all of us. He’s got his own shortcomings. His legacy and his contribution to the struggle will be a permanent subject for critique in South African politics.”

Prince Mashele, co-author of “The Fall of the ANC,” said that Malema is playing politics by attacking Mandela.

“Unemployment is growing. There is a deep sense of hopelessness on the part of unemployed youth. Malema is targeting them,” Mashele said. “He’s trying to gain support among disgruntled black South Africans, even if it means rubbishing the legacy of Nelson Mandela.”

Malema is far from the first to make such critical comments. Mandela’s ex-wife, Winnie Madikizela-Mandela, told Nadira Naipaul in 2010 that, “Mandela let us down.”

"He agreed to a bad deal for the blacks," she said. "Economically, we are still on the outside. The economy is very much 'white'. It has a few token blacks, but so many who gave their life in the struggle have died unrewarded."

But Malema, as a thorn in the side of the ANC, has drawn particular ire for his Mandela remarks.

Deputy president Cyril Ramaphosa, who led the ANC’s negotiating team to end apartheid, said that Mandela repeatedly passed up chances to be released from prison in exchange for abandoning the struggle.

Mandla Mandela, a grandson, said that “all is not well in with our country's young democracy but that doesn't excuse Malema for making spuriously and unsubstantiated claims regarding Mandela’s relationship with big businesses.”

Jessie Duarte, the ANC deputy secretary general, said that Mandela along with the ANC’s other top leaders prevented violence through their negotiations.

“Indeed if we didn't have the character and caliber of leaders that we did in 1990, the situation in South Africa would be one where we would still be at war with ourselves as a country,” Duarte told News24.

During the tense negotiations in the early 1990s, the country was on the verge of civil war. Some have since wondered whether South Africa could have ended up like Libya or Syria.

“The lives of millions of South African people were at stake,” Njabulo Ndebele, chairman of the Nelson Mandela Foundation, said in a speech marking a month of tribute to Mandela. “So also was the future of an entire nation. It was a moment of difficult decisions.”

Ralph Mathekga, a political analyst, said that Mandela is today being made a scapegoat, fueled by frustrations with the country’s economy.

He said there is a tendency in South Africa to blame individuals rather than understanding the complexities of a situation. The argument that Mandela was a sellout “lacks nuances, it lacks understanding of history,” Mathekga said.

Steven Friedman, director of the Centre for the Study of Democracy, writes in South Africa’s Business Day that in the talks that ended apartheid, “political elites agreed on what they could agree on and delayed indefinitely the real task — tackling race and inequality.”

But, he adds, much was left unfinished, and the hard work continues: “The country needs a new bargain that addresses what was then ignored."