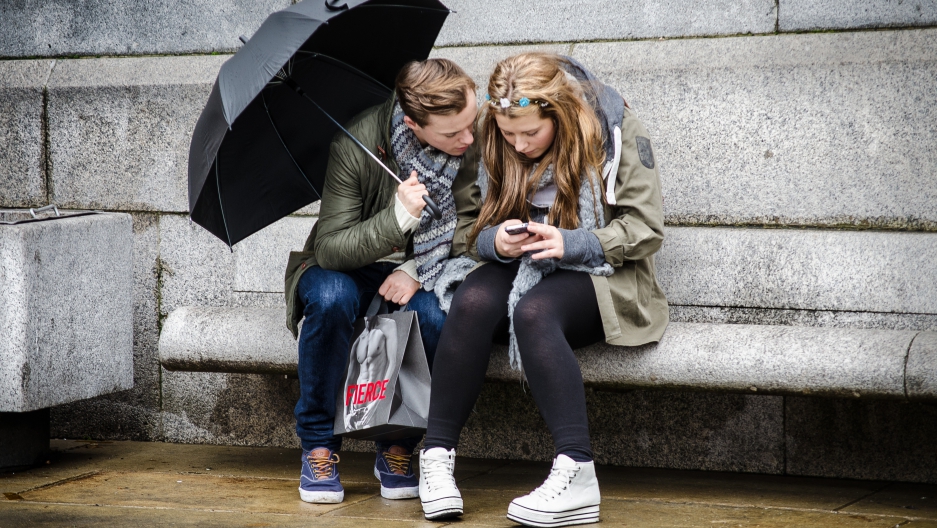 I use Facebook every day, multiple times a day. It’s such an automatic activity at this point that I couldn’t even guess at an exact number of times.

With the app for my phone, I can check Facebook as easily as I check the time. When I log in, my eyes dart to the small red number in the upper right-hand corner of the screen that tells me how much attention my status updates, shared links and photos have received. Social media has become a fundamental part of my life. As an American in 2015, I am the rule, not the exception.

And yet, a 2013 study from the University of Michigan found that as its 82 participants increased their Facebook use over two weeks, their happiness and sense of well-being declined. And in a 2012 study by Anxiety UK, a majority of participants said social media use was an overall negative experience.

Seventy-one percent of adult Internet users in the United States use Facebook. Nearly three-quarters of them log on daily, and close to half log on several times every day. Those percentages are increasing. Why? The simple explanation is that it makes us feel good.

A 2013 German study found that participants’ brains signaled a pleasure response when they received positive feedback on Facebook. The study concluded that the brain processed this positive feedback as gains in social reputation. There is satisfaction, almost a high, in seeing those red notification numbers, and more satisfaction when the numbers are higher. My Facebook “friends” — including personal friends, family members, acquaintances and people in distant locations I’ve never actually met — are people I value and respect, and those red numbers assure me that I am a valued part of their lives, in turn.

“We know that many people on social media sites often present idealized versions of their lives, leading others to make upward social comparisons, which can lead to negative emotions,” says Benedictine University professor Shannon M. Rauch in an article on the website for Adolescent Growth, a California teen healthcare center.

I’ve experienced my share of this drawback of social media. Even as I’m happy for a friend who got a new job, or got married, or had a baby, I often find myself vaguely resentful of their accomplishments. Sometimes it seems like they’re rubbing their hyperidealized lives in my face, provoking feelings of inferiority and inadequacy by comparison.

But despite these negative effects, recent research indicates that social media can actually be a positive force if properly managed. James Fowler of the University of California, San Diego was lead author of a 2014 report that suggests social media can be harnessed to spread happiness through a ripple effect. The report found that positive Facebook status updates tend to lead to other, similar statuses. Fowler proposes that this effect could potentially be cultivated to create what he calls “an epidemic of well-being.”

For teenagers and young adults whose high levels of social media consumption are often used to portray them as born narcissists, the benefits can be even more dramatic. In 2010, researchers at the Queensland University of Technology in Australia determined that social networking sites can positively impact adolescents who go online because they’re lonely. These teens can find intimacy and social anxiety relief through online communication, which protects them from feelings of shame that limit their ability to express themselves.

Instead of using online platforms as their own personal spotlights, many kids are using social media to reach out, to form bonds, and to try to find their place in the lives of others. Instead of seeking praise, they are seeking community.

This has been the key distinction in improving my own relationship with social media. I find happiness in community, and in many ways, social media has become that community, the first place I go every day for human connection. In part, this is a function of moving to a new city and leaving 30 years’ worth of in-person relationships behind. I’ve found new people to interact with, of course, but I’ve also maintained connections with people I would otherwise have fallen out of touch with.

At the same time, I’ve expanded my personal community to include people whose faces I could only recognize from profile pictures. I’ve been invited to parties and protests that I wouldn’t have otherwise known about. I’ve found opportunities to advance both my career and my creative endeavors.

And others have embraced the possibility of an online community to even greater degrees. I’ve seen people turn to social media for help on every level, from asking friends to assist in a move, to seeking support for the revelation of a sexual orientation or an eating disorder. It doesn’t replace individual relationships, but it does facilitate increased connection with a broader group of people.

Social media becomes emotionally unhealthy when we see it as a source of individual validation instead of a structure for community growth. The same can be said of our in-person interactions. As we work to maintain the health of our communities, it’s important to include online networks in our endeavors. This technology is not going away, and while it has intrinsic biases like any medium, its overall effects depend entirely on how it’s applied.

Our responsibility is to foster a healthy relationship with social media by examining and understanding it in communal terms, while maintaining a balance between the digital and analog methods of experiencing the world.

Finding that balance is a constant struggle, and I would never claim to have achieved it myself. But I have learned to look at the trials and successes of the people who comprise my Facebook feed not as standards of measurement by which to judge myself, but as sources of connection and inspiration.

The little red notification numbers in the upper right hand corner of the screen pale in importance against the platform as a whole — the living and changing network of digital relationships that is rapidly becoming the modern community.

Miles Schneiderman is a contributor to YES! Magazine. This story was originally published by YES!, a nonprofit publication that supports people’s active engagement in solving today’s social, political, and environmental challenges.