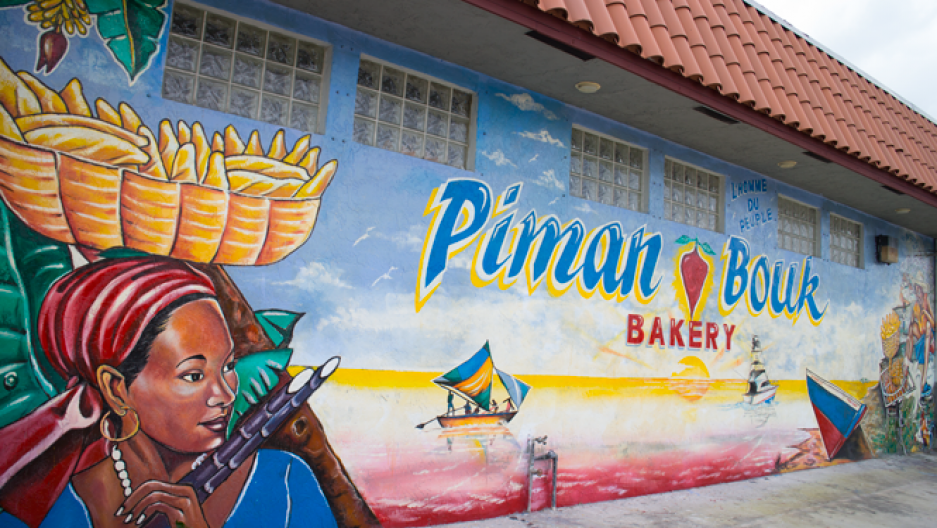 Artist Serge Toussaint painted the Piman Bouk bakery in Little Haiti. His utilitarian murals have decorated the neighborhood since the '90s.

Miami's Wynwood Arts District has been South Florida's street-art mecca for years. And as the neighborhood's rents rise and art galleries migrate to its surroundings, news outlets and the art community itself have implied art is "moving into" Little Haiti.

But Little Haiti has been speckled with art since at least 1994. It may have just been mistaken as signage.

Serge Toussaint is responsible for most of the street art in Little Haiti. His storefront murals signal barbershops, convenience stores, botanicas and even adorn the big Roman Catholic church in the neighborhood, Notre Dame D'Haiti. 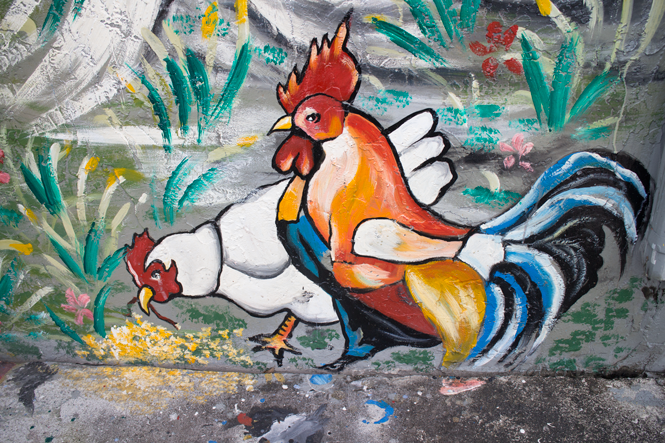 They're unlike the contemporary murals of the arts district, which can be edgier, more abstract or in the style of old-school graffiti.

Toussaint says most of his murals serve three purposes: to inform possible customers of what a business offers, to beautify the neighborhood, and to keep Haitian heritage alive.

"I'm an artist — a Haitian artist," he says. "I could paint any other thing, but I want people to come from out of states — when they come to Little Haiti, when they walk up in here, they have a sense of, 'I am in a Haitian community.'"

Haiti inspires Toussaint's work. Recently he was working on a mural tribute to the country's forefathers. 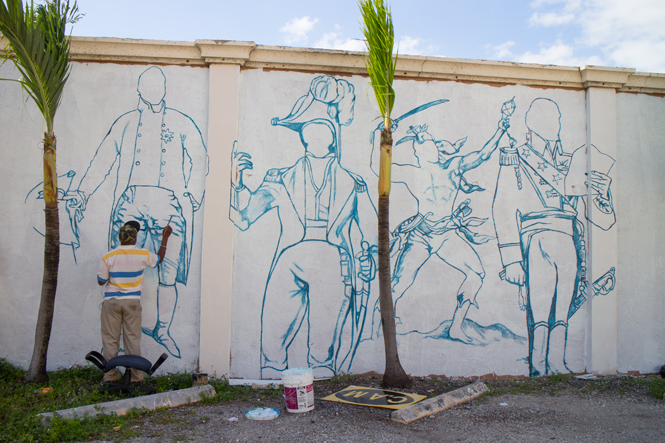 He said the piece meant a lot to him.

"I'm putting it together just to let people know that Little Haiti gonna stay Little Haiti," he said. "Those the ancestors, the ones that really fought for the freedom of Haiti."

It's a 40-foot wall off Northwest 54th Street, a main road in the neighborhood. Toussaint says the building is an upcoming clothing store that will sell Haitian-inspired clothing. So the mural is a tribute to the country's ancestors — but it's also an ad for the future business.

Toussaint makes his living off this style of utilitarian art. But he stresses that his work "always has a message," and believes his mission is to represent the people of Little Haiti — with his paintbrush, on the walls of their community.

Murals come and go, and Toussaint understands that — "If someone else rent the building, you gotta accept that, they're gonna have to take it down" — but he says artists creeping into Little Haiti should respect the neighborhood's artistic identity. 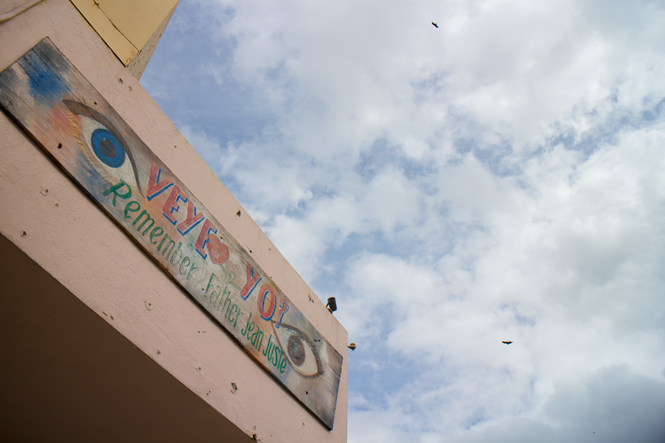 A tribute to Father Gerard Jean-Juste, a leader of Miami's Haitian community. The Rev. Jean-Juste, also a human rights leader, was one of the first to announce to the world that Haiti's elected president, Jean-Bertrand Aristide, had been overthrown by the military in September 1991. He was later restored to power. Jean-Juste died in 2009.

"I don't have any problem with all the artists," he says, "but if you come into my community ... you have to mingle your artwork with something that's related to Haitians."

That's happened in some cases.

But the tradition of painting storefronts is not typically considered when looking at South Florida's street-art landscape. Toussaint is Little Haiti's most prolific storefront muralist, but not the only one. A drive down 62nd or 54th streets is a showcase of local painters' shop designs. But as real estate changes hands and businesses close, most of the works go undocumented.

As long as shop owners keep demanding his services, Serge Toussaint will keep painting Haitian heritage. But increasingly, his works might stand alongside that of muralists whose work is consistently seen as art, never advertisement. 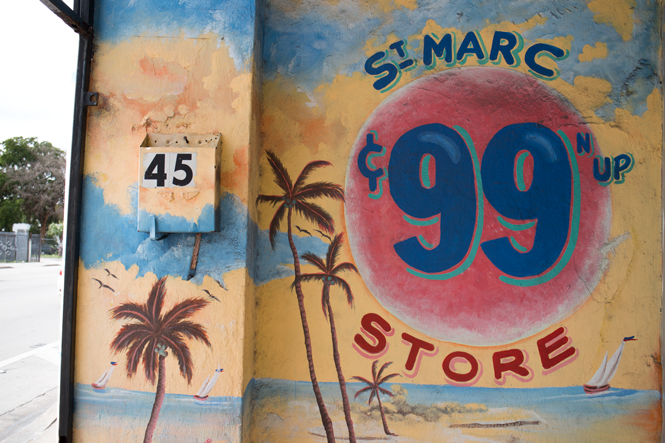 A sign for the St. Marc 99-cent discount store in Miami's Little Haiti. St. Marc is also the name of a Haitian town north of Port-au-Prince, the capital.