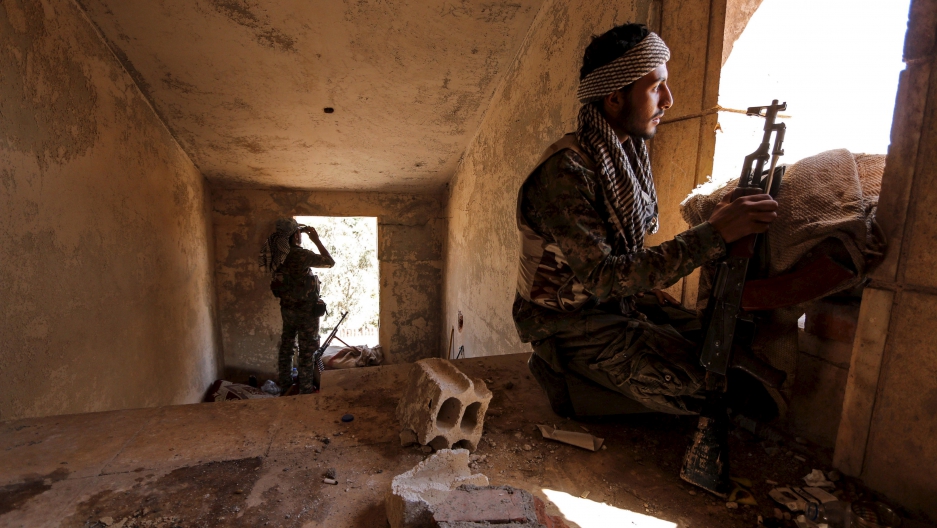 A Kurdish-Arab coalition fighting the Islamic State jihadist group in northern Syria has announced the creation of a political wing, as momentum builds for a diplomatic solution to the war.

The formation of the Syrian Democratic Council was agreed at a two-day conference in the northeastern town of Al-Malikiyeh where participants also discussed the future of the country after more than four years of war.

The SDF, formed in October, groups the powerful Kurdish People's Protection Units (YPG) with smaller Arab and Christian militias in a coalition intended to take on IS.

Backed by Washington, it has taken a string of villages.

The two-day conference came as representatives of Syria's divided opposition met in Saudi Arabia for a separate meeting to seek a joint position in future negotiations with the regime.

Key Kurdish factions were excluded from those talks, with the opposition Syrian National Coalition saying the Kurds fight only against IS but not the regime.

Key Syrian opposition backer Turkey also regards the YPG as a branch of the Kurdistan Workers Party, which Ankara deems a "terrorist" group.

Participants at the Al-Malikiyeh conference said President Bashar al-Assad's regime was partly responsible for the country's war but was also a key to resolving the bloody conflict.

"If the regime is a part of the problem, it is also part of the solution," said Sihanuk Dibo, one of the Kurdish organizers.

Ilham Ahmad, one of 42 members of the newly created council, said the body would need "international and regional support" to help end the war, which has killed more than 250,000 people since 2011.

The body also said it would be committed to a decentralized political system for Syria, without specifying further what form that might take.

Syria's future "is in a peaceful solution through talks (with the regime), the implementation of a transitional period, holding elections, and a constitution that recognizes the rights of the Kurdish people," said Dibo.

"The Kurds want a federal Syria but this question will not be resolved without putting in place a democratic constitution," he added.

Syria's Kurds have largely avoided siding with either the regime or the opposition since the conflict began, instead focusing on building semi-autonomous regions in the north and northeast of the country.

Their YPG armed force has emerged as the most effective fighting group against IS, and has received support from the US-backed coalition.