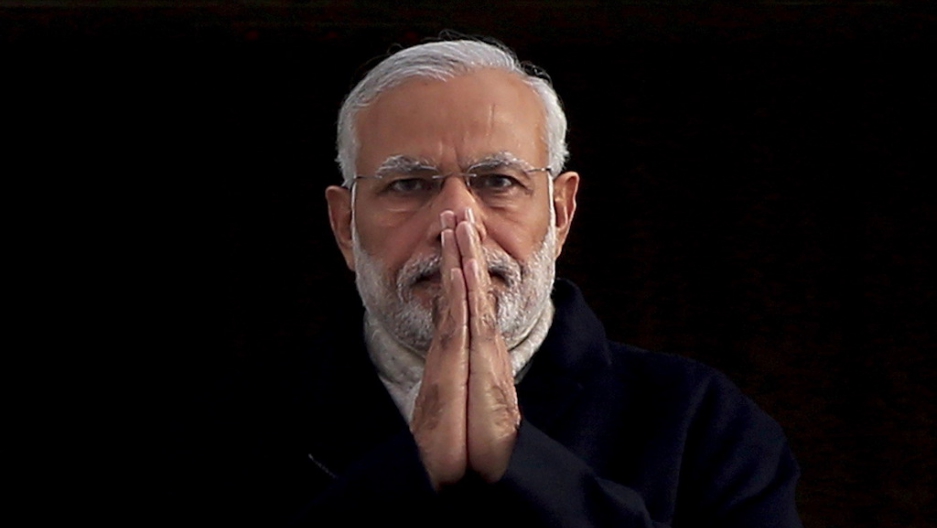 NEW DELHI, India — In a country as culturally, linguistically and religiously diverse as India, there are bound to be differences. From stereotypes about people from another state to deadly religious riots, the country has been riven by disagreement throughout its modern history.

Recently, though, it has become clear that there’s one thing many Indians agree on: India needs to talk about intolerance. Since the ascent of a Hindu nationalist party to power 18 months ago, cow protection gangs patrol the streets and people have been lynched on suspicion of eating beef. Minorities say they feel unwelcome — even threatened.

Well-loved celebrities have weighed in, more than 50 prominent writers and filmmakers have returned official awards in protest, and opposition parties are holding up parliamentary proceedings to demand a debate on growing intolerance.

The only person not talking about the issue, it seems, is Narendra Modi. The prime minister has been slow to comment on attacks against minorities, a reticence that some equate with complicity.

The Hindu right wing he leads, however, categorically rejects this allegation. In fact, they just won’t tolerate it. Here are some of their best thought-out responses to accusations of intolerance.

“Go away” is always a winning argument to make when someone tries to talk about a problem.

Add to that accusing the person of acting like a terrorist, and you get what right-wingers told Bollywood superstar Shah Rukh Khan when he criticized “extreme intolerance” in India.

One member of parliament from Modi’s BJP party compared Khan — India’s equivalent of Brad Pitt — to a suspected jihadist and said he was welcome to go to Pakistan. If Hindus were to boycott the Muslim actor’s movies, Yogi Adityanath added, Khan would have to roam the streets like a “common Muslim.” Another party member claimed the actor’s “soul” was in Pakistan.

Aamir Khan, another Bollywood star, faced similar vitriol when he said that he and his wife had talked about leaving the country because of rising intolerance. One critic filed a police complaint against the couple for their “seditious” and “provocative” statements. Others on social media called the actor an ingrate, a traitor, an Islamic State sympathizer and a terrorist.

The actor and his family must feel a lot safer now.

“This is free speech”

In October, a former Pakistani foreign minister hosted a book launch in Mumbai. The organizer, Sudheendra Kulkarni, sat beside him. In an image that went viral on social media, Kulkarni stared out through black ink thrown over him by right-wing protesters who blocked his car as he drove to the event.

Sudheendra Kulkarni after attackers covered him in ink.

“Are those who attack our parliament, launch 26/11 [Mumbai terror] attacks, kill our soldiers on the borders our guests?” said Sanjay Raut, a leader of the far-right Shiv Sena party that organized the attack. “Pakistani agents like Kulkarni are more dangerous than Kasab [one of the Mumbai attackers].”

Raut added that the ink attack was a “a very mild form of democratic protest.”

Six members of Shiv Sena were arrested over the incident. The party, which co-governs Maharashtra state in partnership with the BJP, had earlier succeeded in getting a renowned Pakistani musician’s Mumbai performance canceled.

When other violent incidents have been blamed on intolerance, right-wing politicians have put them down to provocation.

When a Muslim man was lynched for allegedly consuming beef, the culture minister said it was just an “accident.” A state chief minister called it a misunderstanding and said “both sides” had committed wrongs. Both were members of Modi’s party.

A Muslim lawmaker from Indian-administered Kashmir is beaten up in the state assembly by members of the ruling BJP for hosting a "beef party".

“Modi is the victim here”

Conspiracy theories are a great rebuttal as well. Modi’s sympathizers have said this whole fuss about intolerance is a plot by left-wing intellectuals, the opposition and even foreign agents to defame the current government.

Home Minister Rajnath Singh, the man responsible for India’s internal peace and security, told parliament that Narendra Modi is the country’s biggest victim of intolerance. He was echoing comments made last month by the finance minister, who accused the opposition Indian National Congress party, left-wingers and activists of “ideological intolerance” toward the BJP. And a popular yoga guru claimed that the accusations of intolerance were an “international conspiracy” to defame the Modi government.

Modi supporters have also repeatedly pointed out that hate crimes against minorities are not new, and have occurred under other political regimes as well. In the parliamentary debate, Singh brought up the Hindu-Muslim riots during the partition of India and Pakistan and the anti-Sikh riots following the assassination of Congress leader Indira Gandhi. “And you know whose government was in place during these times,” said Singh.

It is a confusing argument — one that makes it sound like India has always been intolerant, even amid loud assertions that India is an impeccably tolerant country.

Right-wing leaders have made it clear, though, that a true patriot should never tolerate beef, criticism or a healthy debate.