Last week, Kobe Bryant announced his retirement from professional sports. He did so in the form of a free verse poem, posted to The Players Tribuneand titled "Dear Basketball."

A great literary dialogue has sprung upin the days since. Kareem Abdul-Jabbar penned his own poetic response, Professor Nick Twemlowcalled it "not the worst poem I've ever read," and dozens of other readers offered their own personalcritiques.

But one angle is sorely missing from the discussion: "Dear Basketball" can be read as a 21st-century re-imagining of Prospero's soliloquyfrom Act Five, Scene One of "The Tempest."

Don't believe me? Here's why.

1. Prospero and Kobe are both saying farewell to their art 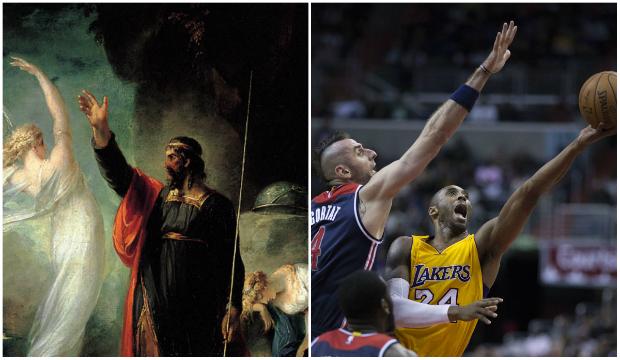 First, a quick high school English refresher: the magician Prospero is the rightful Duke of Milan, but his brother schemed to take his place and sent Prosperoand his daughter out to sea. For the last decade or so, Prospero andhis daughter, Miranda, have been the only human inhabitants ofan island. When his enemies happen to sail bythe island, Prospero sees his opportunity to get back his dukedom using his powerful magic. He wrecks their ship in a storm and sends spirits to goad and torment the castaways.By Act Five, he has all of his opponents firmly under his control. They gather around him to await his judgment. Prospero finds himself at a crossroads: should he continue to exact revenge on those who tried to usurp him? Or should he take pity on his opponents, relinquishing his power over them once and for all?

In the ensuing soliloquy, known as Prospero's renunciation speech, the sorcerer chooses the latter. He announces to the crowd that he will abandon his "so potent art," and give up the "rough magic" that has made him so powerful.

In 2015, Kobe finds himself in a similar position, and in "Dear Basketball," he comes to a similar conclusion. He writes,"I can't love [basketball] obsessively for much longer. / This season is all I have left to give." His tone, like Prospero's, is resigned. "That's OK," he says. "I'm ready to let you go."

2. Prospero and Kobe are both retiring the physical embodiment of their powers 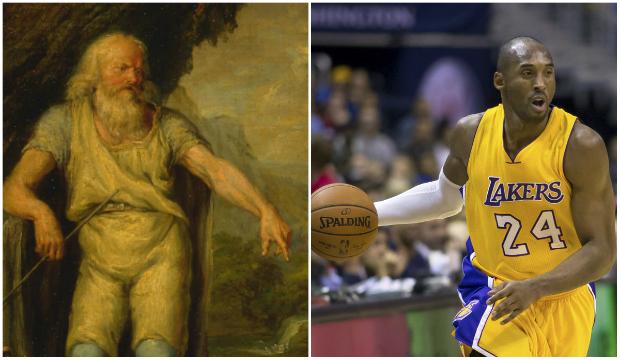 Prospero's magic staff is the instrument of his powers. For Kobe, it's his body. In this moment of resignation, Prospero explains that it is time to "break my staff, / Bury it certain fathoms in the earth." Kobe's body is nearing a breaking point as well. "My mind can handle the grind," he explains, "But my body knows it's time to say goodbye."

3. Neither Prospero nor Kobe can resist diving into their pasts 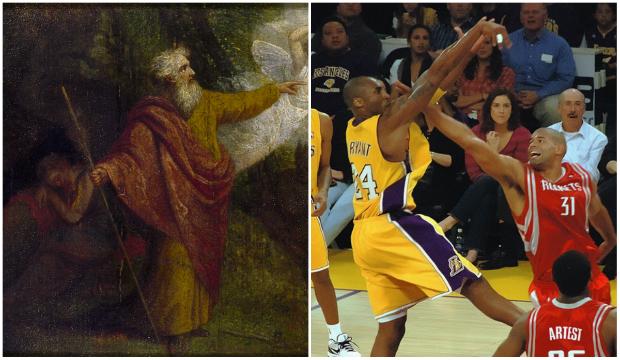 At this pivotal moment in the play, Prospero reflects onhis past accomplishments in the magical realm. He remembers how, over the course of his career, he has "bedimm'd The noontide sun, call'd forth the mutinous winds, And 'twixt the green sea and the azured vault set roaring war."

In his resignation, Kobe turns to his past accomplishments on the court. He recalls how he "played through the sweat and hurt," "ran up and down every court / After every loose ball." Furthermore, he bookends the poem with images of his childhood: how he started off by "rolling [his] dad's tube socks / And shooting imaginary / Game-winning shots."

As they look towards an uncertain future, it seems that Prospero and Kobe both feel the weightof their storied pasts.

4. Shakespeare and Kobe both invoke a muse 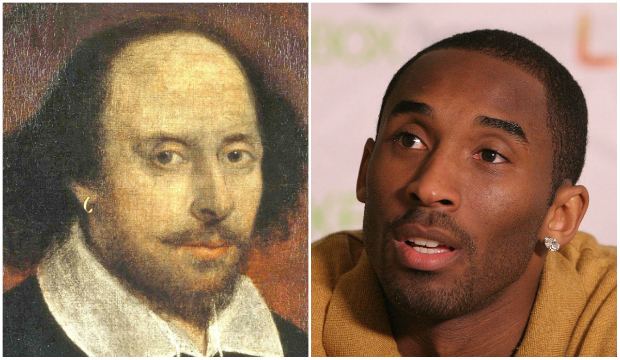 Here's the kicker: the character of Prospero is often considered to be a stand-in for the Bard himself. Shakespeare was nearing the end of his own career at this point ("The Tempest"may have beenhis last play), and many critics argue that when Prospero bids farewell to his magic, Shakespeare is actually bidding farewell to the theater.

It's not surprising, then, that the muses Prospero invokes at the beginning of his speech are all characters from Shakespeare's earlier plays. "Demi-puppets that by moonshine do the green sour ringlets make" likely refers to the fairies of "A Midsummer Night's Dream," while "mushrump-makers" likely refers to the three weird sisters of "Macbeth."

Kobe addresses his poem to a muse as well, and that muse is the sport of basketball. He frames the poem as a letter of both love and apology to the game, and refers to basketball as "you" throughout. Sometimes the sport is addressed with tenderness ("I fell in love with you"), sometimes with a touch of spite ("I did everything for YOU"), but always with admiration and respect.

5. Shakespeare and Kobe both stole these poems from their idols 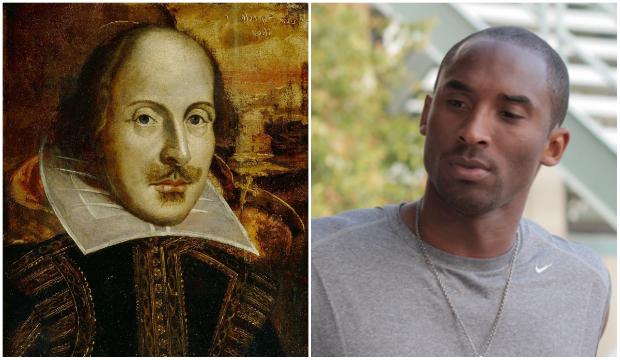 Shakespeare can't be given all the credit for Prospero's speech of resignation: it turns out that much of the soliloquyistaken word for word from a scene in Ovid's "Metamorphoses," in which the dark witch Medea recalls her own ability to cause the noonday sun to grow dark and raise people from the dead.

Kobe's poem doesn't steal from Ovid, but it does steal from one of his own personal heroes: Michael Jordan. In 2003, Jordan released his own retirement announcement, also titled "Dear Basketball,"that opens with an image of childhood aspiration that is very similar to the one in Kobe's poem.

Kobe has modeled so much of his career onJordan's (see: Kobe vs. Michael - Identical Plays), that this reference should come as no surprise. However, while Shakespeare's allusion to Medea is a small nod to the play's Ovidian undertones, Kobe's reference to MJ proves that his tendencies, both on the court and on the page, are Jordanian --- possibly to a fault.

Will Kobe Bryant be remembered as the greatest NBA player of all time? Will "Dear Basketball" be remembered as the definitive 21st-century update to Shakespeare's final soliloquy? Will Kobe freethe magical sprites who have carried all his threes to the net --- and which new sorcerer will they obey now?Tell us what you think in the comments below.