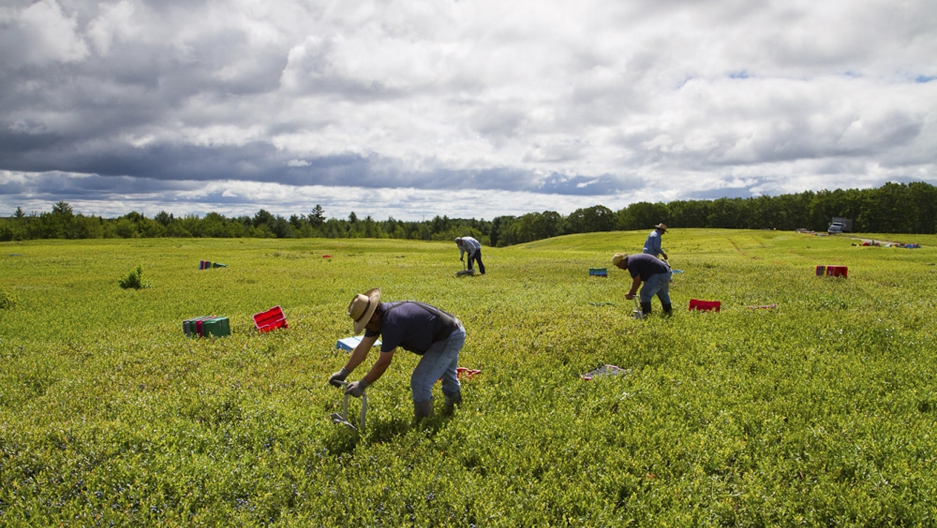 In the wake of last week's terrorist attack in San Bernardino, the national debate has shifted toward the US visa waiver program, which allows visitors from 38 participating countries to easily enter the United States for stays of less than 90 days.

But every year, 150,000 foreign workers enter the US legally through a different channel — the H-2 visa program. Under this guest worker program, employers may hire unskilled foreign workers when no qualified Americans can or will do the job.

Though the H-2 visa program provides a legal path to employment, a new BuzzFeed News investigation suggests that US employers enlist a variety of questionable tactics to use the system to their advantage — and to the detriment of domestic and foreign workers alike.

For example, US employers looking to use the H-2 visa program are required to make good-faith efforts to employ Americans, but many use deceptive tricks to ensure their desired outcome.

“We had companies, for example, that needed jobs in North Dakota and placed ads for those workers not in North Dakota, but in Iowa,” says Jessica Garrison, the co-author of the BuzzFeed piece, "All You Americans Are Fired."

Additionally, Garrison’s report finds that many US workers have been fired or pushed out of positions to make way for guest workers that will accept considerably less pay and benefits, and tolerate less desirable work conditions.

“In many cases, the workers who come from Mexico come here without their family. They are incredibly motivated for these jobs because, even though they’re getting paid very little by our standards, they’re making 10, 20 or 30 times what they could make at home,” she says. “They desperately want to come back year-after-year.”

Many people working in the US under the H-2 visa program will do just about anything to please their employers because of the threat of deportation — if workers lose their H-2 visa job, they also lose their permission to be in the United States.

“Workers are not paid for all the hours they’ve worked, and they’re working around the clock,” says Garrison. “These are people who do not understand American labor laws, so if they’re told to work 13 hours a day they might not know that they’re entitled to overtime. They have no idea that they’re entitled to, for example, workers’ comp if they get injured. ... Certainly, I think there are many employers, though of course not all, that do take advantage of their workforce in some way.”

Though some employers appear to be abusing the H-2 visa system, Garrison says it’s not clear that the program should be shut down.

“The question of whether it should or shouldn’t be phased out is a complex economic question,” she says. “As folks at the Department of Labor will tell you, it’s part of a larger question having to do with immigration reform that is a protracted mess in Washington.”