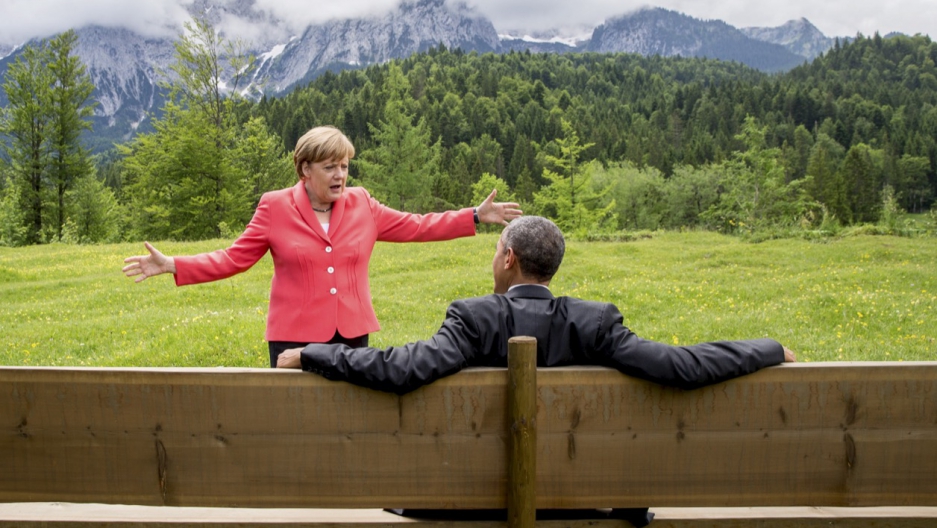 Germany just hit a mark that would make Donald Trump’s head spin: The country has taken in 1 million asylum-seekers in 2015.

That’s according to the social minister for Bavaria, the southern German region where the vast majority of them arrive. Some observers question how exact the number is, but few ever doubted the country would reach the millionth mark.

The astounding figure shows how Germany has taken a front seat in Europe’s most serious refugee crisis since World War II. As Quartz points out, Germany’s total for this one year is way more refugees than the United States has resettled in 10 years.

Stephan Dunnwald, of the Bavarian Refugee Council, a human rights group, says the country has done better than any of the other 27 EU states at coping with the staggering influx of people.

Reasonable asylum registration procedures are in place — even if they lag behind for years — and the quality of local accommodation is high. Volunteers have played an important role in welcoming the new arrivals.

That's not just humanitarian warmth. Labor officials have made it clear that the rapidly aging country could benefit from some new workers.

But the crisis has also exposed social discontent over immigration, and has prompted intense government debate over how to reduce the refugee flow.

Dunnwald says there’s also a discrepancy in how German bureaucracy treats those who are likely to be granted asylum, such as Syrians, and those who aren’t, like migrants from the Balkans.

“This divide defines everything,” he told GlobalPost.

Still, few can pick on Europe’s economic powerhouse, home to 80 million people, after it took on such a tough task.

Chancellor Angela Merkel’s efforts to keep Germany open are partly what made Time magazine name her 2015 Person of the Year on Wednesday, calling her “chancellor of the free world.”

“By viewing the refugees as victims to be rescued rather than invaders to be repelled,” Time wrote, “the woman raised behind the Iron Curtain gambled on freedom.”

But that’s also caused her major headaches at home.

Merkel’s own political allies, and even some ministers, are criticizing her handling of the refugee crisis and demanding a limit to the number of asylum-seekers Germany takes.

Then there’s a darker problem: Xenophobic violence continues to haunt refugees. Only four of the 222 most serious attacks against refugee shelters this year were successfully prosecuted, local media report.

More from GlobalPost: The refugee girl who changed Merkel's mind: Where is she now?

Meanwhile, although the anti-Islam PEGIDA movement has died down from its peak earlier this year, far-right parties and similar groups in Germany are still capable of attracting crowds.

The country may be handling the crisis admirably, but the asylum-seekers haven't stopped streaming in. Increasingly, German officials are taking stock of what this means for the future.

“We can be proud about tackling the onslaught of refugees,” one member of Merkel’s Christian Democratic Party told the German tabloid Bild. “From 2016, however, we must regulate this uncontrolled rush considerably more.”