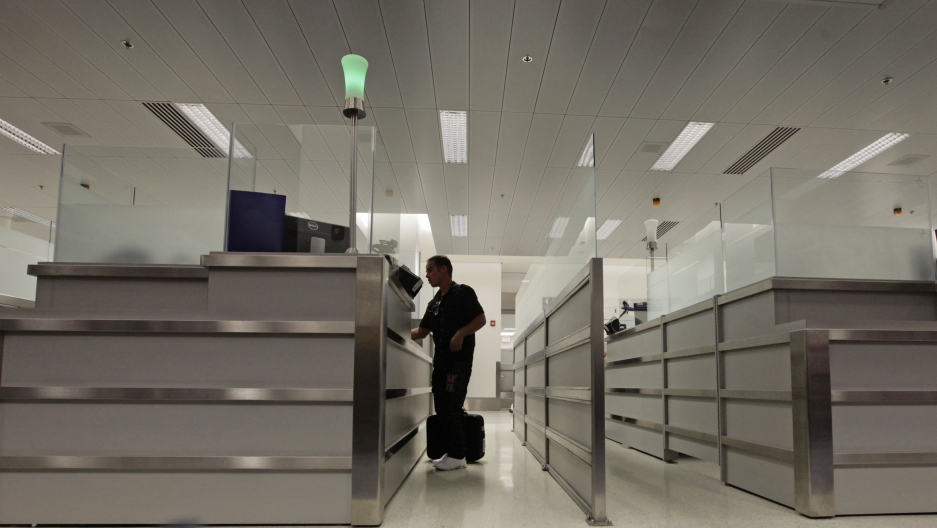 For decades, a visa waiver program has allows passengers from 38 countries to visit the US without advance approval for 90 days or less.

If you travel to the US from Belgium, France or 36 other so-called "friendly" countries, you can board a plane, show your passport and spend up to 90 days here.

All without a visa.

But there are changes afoot after the attacks in Paris and San Bernardino.

The US House of Representatives voted Tuesday to amend the visa waiver program to require more paperwork from travellers from those countries who recently visited Syria, Iraq, Iran or Sudan.

"If they visited in the last five years, then they would have to go through the normal visa screening process, instead of the visa waiver process," explains Marc Rosenblum, deputy director of the Migration Policy Institute's US Immigration Policy Program.

But new restrictions on the visa waiver program could come with a cost, Rosenblum says.

"As we make it harder for certain people to take advantage of the program, there are people who are going to be deterred from travelling here, and not necessarily terrorists, but travellers," he says. "If you are choosing between a country that's going to require you to go through a burdensome process and one that's not, you may just take your vacation elsewhere."

Some 60 percent of all international travellers who visited the US last year entered via the visa waiver program. All told, that included about 20 million visitors, spending $160 billion.

The US travel industry is watching the developments on Capital Hill closely. It's concerned that some countries might impose additional requirements on Americans travelling abroad, in retaliation for the new US restrictions. For instance, when the US began requiring foreign nationals entering the US to be fingerprinted in 2004, Brazil started asking for fingerprints from visiting Americans.

Finally, it's not clear that tightening the visa waiver program will hamper many extremists. If jihadi fighters enter Turkey legally, and then slip across the border into Syria as many do, they won't return with incriminating stamps in their passports.