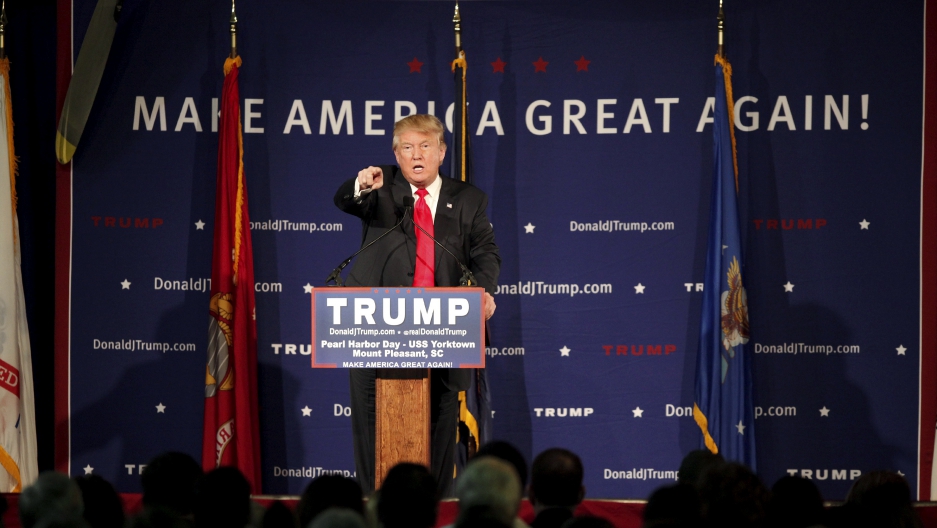 US Republican presidential candidate Donald Trump points to a supporter at a Pearl Harbor Day rally aboard the USS Yorktown Memorial in Mount Pleasant, South Carolina, December 7, 2015. Trump on Monday called for a ban on Muslims entering the United States in the most dramatic response by a candidate yet to last week's shooting spree by two Muslims who the FBI said had been radicalized. "We have no choice," Trump said at a rally in South Carolina, warning of more 9/11-style attacks if stern measures are not taken.

As US presidential candidate Donald Trump calls for a moratorium on Muslims coming to the US, his business ventures in Muslim-majority countries are expanding.

Recently, Trump opened a $6 billion real estate development in Dubai that includes 100 villas overlooking a huge golf course. The development is touted as one of the most exclusive addresses in Dubai.

"Donald Trump will make money from anyone, he doesn't care who he is getting the money from," says Dean Obeidallah, a Muslim comic and writer for The Daily Beast.

According to Obeidallah, Trump is eyeing other Muslim countries, including Qatar and Saudi Arabia, to open up other big resorts.

"So when he is talking about Muslims and having issues with them and whether they are good or not, apparently he doesn't care if they are making money for him," says Obeidallah.

Obeidallah says he is heartened by the fact that both Republicans and Democrats publicly condemned Trump for his anti-Muslim comments.

Trump hates Muslims, but loves Muslim $ - my new The Daily Beast on the despicable Trump and his attacks on Muslims in...