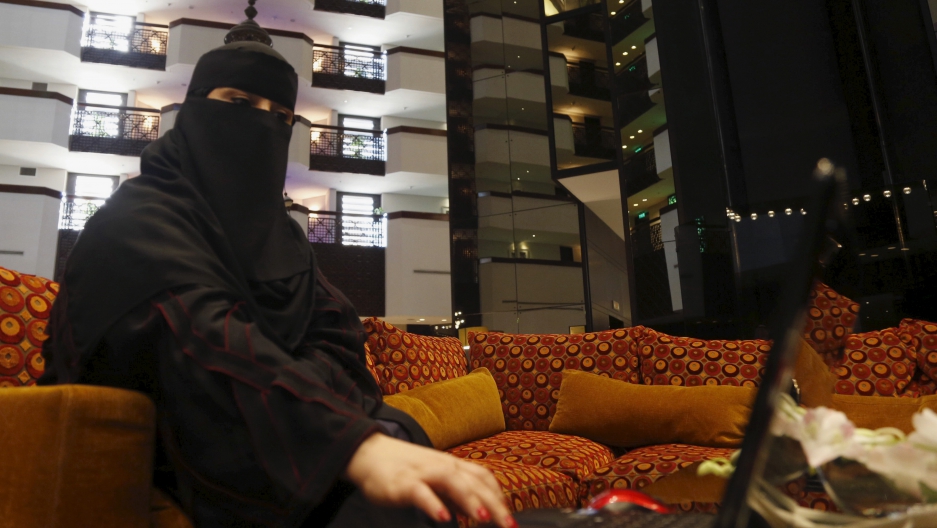 These are major victories for women and women's rights activists who have pushed for such changes for years. There are 900 women running for the local elections, which will be the third in the nation's modern history. All together, 7,000 candidates will compete for seats on 284 councils.

Aldosari, who was involved in a campaign to allow Saudi women to drive, says the move was long overdue.

"I think it's a great step for women," she says from her current home in Baltimore.

In 2011, the late King Abdullah issued an order to allow women to become involved in Saudi politics. In 2013, he issued a royal decree that mandated women to be part of the council that advises the king.

Aldosari believes that pressure from women and women's rights activists helped bring about these changes.

But while these are important gains for women, some activists say there are still many challenges.

For example, since campaigning began last Sunday, two female candidates have been disqualified without any explanation.

"Basically, if you're a candidate and you're disqualified, there is no justifiable reason [given]," explains Aldosari, adding that this could happen to a candidate even if he or she meets all the requirements.

"We do know that the Ministry of Interior is interfering ... by disqualifying some of the candidates," she says.

Under current election rules, both men and women are barred from printing their faces on campaign posters. This rule didn't exist before women were allowed to stand as candidates.

"We believe it's because of the women's presence [that] they have this new rule that now applies to all candidates," Aldosari says.

Female candidates will also have to have male representatives who will speak on their behalf if there are men present in the audience. They will also need drivers to get them where they need to be.

Aldosari says that given all the restrictions that remain, women's rights activists in Saudi Arabia are divided on what this elections represents.

"Some of the activists believe that the whole thing is just a cosmetic thing ... so they are in favor of boycotting" the election, she says. "Others believe that this is an important step to have more and more people as part of the political process."

In any case, she says she'll be watching the outcome of the elections very closely. That's because for her, women's participation will mean more representation, and that can't be a bad thing.

"I think this will be a positive change — for the women themselves and for the society as a whole," she says.