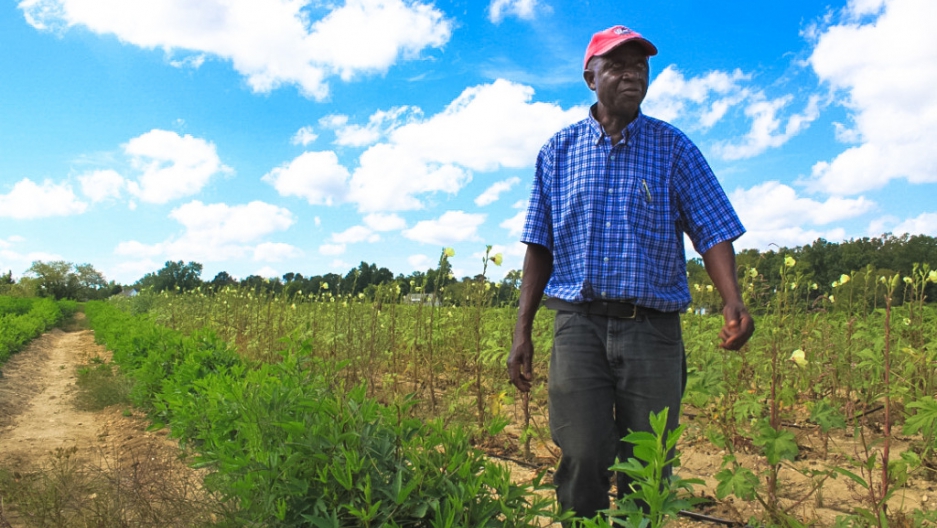 Tomatoes, corn, and peaches are the staples of New Jersey agriculture. But at Morris Gbolo’s farm in the state’s southern tip, crimson-hued amaranths and plump Liberian bitter ball are the prized crops.

Gbolo, 56, grew these same crops back home in Liberia before a civil war pushed him out of West Africa. He resettled in the US in 2002.

Last year, Gbolo and his wife Ernestine launched World Crops Farm, a 13-acre family business in Buena Vista Township. Together, they grow the indigenous vegetables of their home continent.

“I want to help feed people,” Gbolo says. “We’re African, we love our native food. That’s what we grew up eating before we came here.”

The Gbolos are believed to be New Jersey’s only African-born farm owners. They devote nearly 80 percent of their acreage to specialty crops like nightshade, jute leaves, roselle, Ghanaian pea eggplant (a berry-size vegetable that Gbolo calls “kittley”), okra, habanero peppers and a Liberian variety of bitter ball (a type of eggplant).

Gbolo is the first farmer to introduce his country’s bitter ball to New Jersey. The African eggplant (also known as garden egg or jilo) is especially prized by Liberians, whose numbers have been swelling in nearby Philadelphia.

“I come here to buy everything,” says Tarlee Shannon, a Liberian from Berlin, New Jersey, who purchased bitter balls to fry, bake and use in stews. “This is fresher, very reasonably priced. It’s a better buy.” 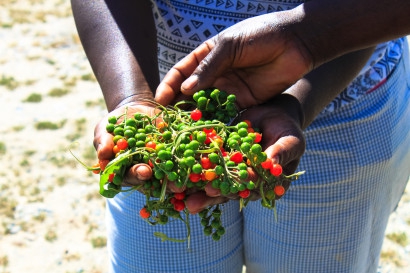 A handful of Ghanian pea eggplant or kittley.

Liberians are Gbolo’s largest customer group among a clientele made up almost exclusively of African families. Asians and even a few Amish from Pennsylvania occasionally visit the farm to buy fresh produce. Gbolo doesn't sell to wholesalers or restaurants.

The alternative for African immigrants like Shannon is produce imported from Africa, the Dominican Republic or Central America.

“Ethnic farms like Morris’s cater to recent immigrants who cannot find the fresh specialty produce [of] their homelands,” says Richard VanVranken, an agricultural agent at Rutgers Cooperative Extension of Atlantic County who has studied New Jersey’s ethnic food industry since the 1980s.

VanVranken hired Gbolo to work in his extension program in 2006 and soon realized it was an opportunity to study African crops and learn from Gbolo, who had been a farmer and agriculture educator in Liberia.

In turn, Gbolo introduced VanVranken to roselle and the Liberian variety of bitter ball — the seeds for which Gbolo sourced through a connection in California.

“I used to grow the same vegetables in Liberia,” said Gbolo. ”But [agriculture] there has a lot of disadvantages, and it’s difficult to succeed that way.”

Together they experimented with different crops. All the while, Gbolo, who trained in manual farming methods in Liberia, learned about irrigation systems, American tractors and other modern production practices.

Gbolo also collaborated with local growers. After completing a five-year stint at B&B Farms in Egg Harbor City in 2014, Gbolo received a USDA loan that helped him lease World Crops Farm. He purchased the property earlier this year.

But success in the ethnic agricultural sector can be unpredictable. Demand for crops like cilantro, fenugreek, sweet potato leaves and bok choy fluctuates as new populations enter the market.

At only $1 per pound — a lower than average price, set by Gbolo himself — there isn’t much room for profit at World Crops Farm.

“It’s not about the money,” he explains, adding that he makes enough to break even. “I care for people. If you do that in business, you’ll succeed.” 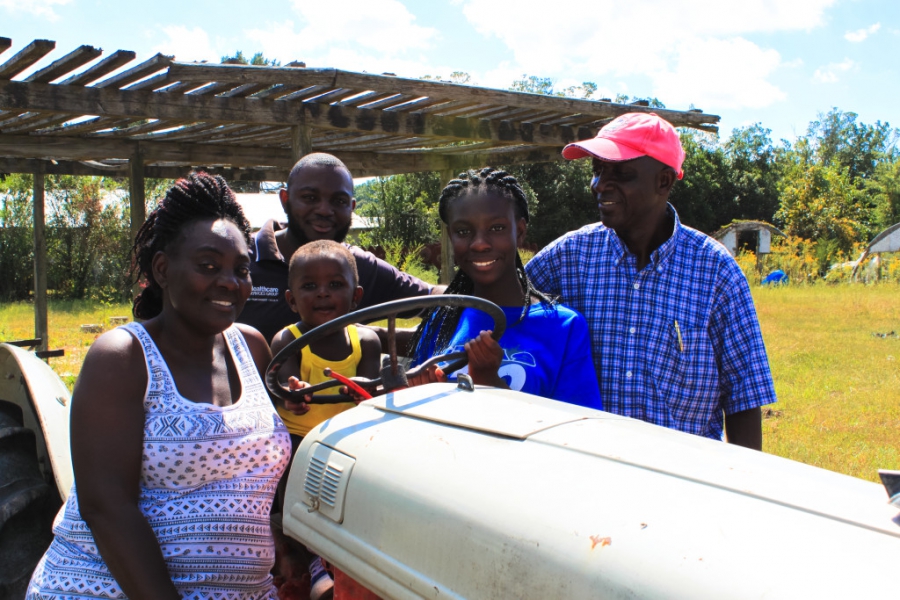 The Gbolos family (left to right): Ernestine, grandson Emanuel with his father Ernest Gbolo behind him, Anch and Morris.

Everyone in Gbolo’s family pitches in on the farm. They also hold other jobs to supplement their farming income. Gbolo works as a case manager at the Atlantic City Rescue Mission, Ernestine is a housekeeper at Caesars Casino in Atlantic City and Gbolo’s son Earnest is a maintenance worker in Galloway Township. When she’s not in high school, the Gbolos’ 16-year-old daughter, Anch, is the farm’s cashier.

Africans are one of the fastest growing immigrant communities in the US. Between 2000 and 2013, the number of African immigrants here doubled. With nearly two million Africans living in the US — many in the Mid-Atlantic region and within driving distance of World Crops Farm, Gbolo is uniquely positioned to tap the market using his farming expertise and insider knowledge of African clientele.

“They come from all over,” Gbolo said of his customers, who arrive from New Jersey, New York, Massachusetts, Rhode Island, Washington, DC, Maryland and Virginia. And their homelands are just as varied: Ghana, Sierra Leone, Nigeria, Senegal, Kenya and North Africa.

This story was originally published by Feet in 2 Worlds, which has brought the voices of dozens of immigrant and ethnic media journalists to public radio. Fi2W reporters appear on NPR's LatinoUSA, PRI's The World, WNYC, New York Public Radio and other public radio stations and programs.