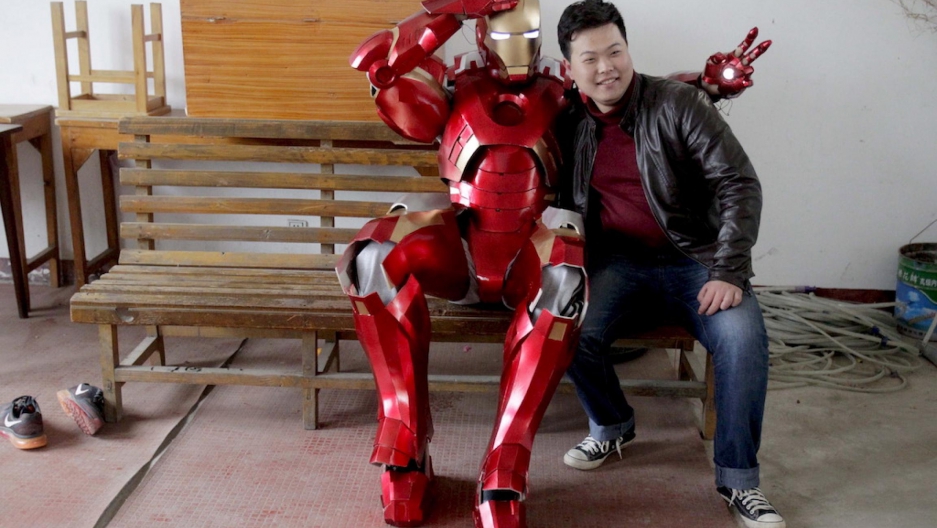 A year from now one of China’s greatest directors, Zhang Yimou, who captivated the world with his opening and closing ceremonies for the 2008 Beijing Olympics, will see his latest project open in US theaters.

Starring Matt Damon, Andy Lau and Willem Dafoe, “The Great Wall” will be Zhang’s first English-language film and, with a budget of $150 million, the largest Hollywood-China collaboration in history. It’s the most expensive Chinese movie ever made for an international audience.

But Hollywood’s recent collaborations with China have raised concerns that the US film industry is pandering to Chinese audiences — or more disturbingly, Chinese censors.

“It’s only natural for American moviemakers to try to please the cultural gatekeepers of the Chinese government,” commented The Late Show’s Stephen Colbert on the success of space thriller “The Martian” with Chinese viewers (China’s space program plays a crucial role in the film).

“They’ve been doing it for years,” he continued. “In the disaster movie ‘2012,’ humanity is saved because the Chinese government had the foresight to build life-saving arks, and in ‘Gravity,’ Sandra Bullock survives by getting herself to the Chinese space station.”

A sequence in the film “Looper,” originally set in Paris, was changed to Shanghai. In “Transformers: Age of Extinction,” dastardly Americans create the danger that the upstanding Chinese government must protect its people from. And just last month, Disney set up 500 life-sized Imperial Stormtrooper figures on a section of the Great Wall in a publicity stunt for the new Star Wars movie, whose release in China the company is still seeking to secure. 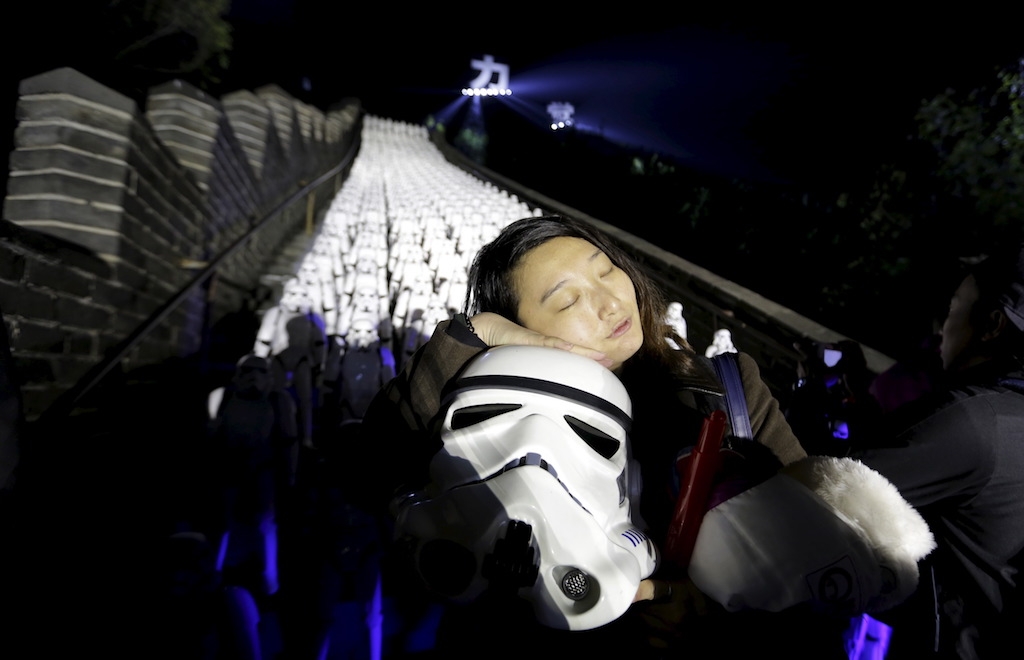 Stormtroopers line up on the Juyongguan section of the Great Wall of China during a promotional event for "Star Wars: The Force Awakens" on Oct. 20.

The reason why — money.

In 2014 the US and Canadian box office made $10.4 billion compared to $4.8 billion in China — but that’s a 5 percent decrease from the year before. Meanwhile, Chinese revenues jumped 34 percent. In the first half of 2015, takings are estimated to have risen nearly 50 percent year on year. In February, the Chinese box office beat the US box office for the first time to become the biggest movie market in the world that month.

Much of the growth is driven by American blockbusters. China is fast becoming Hollywood’s best customer, constituting 26 percent of the total gross for "Furious 7" and 29 percent for "Transformers: Age of Extinction." Both movies made more in China than they did in the United States.

But there’s homegrown competition for the rapidly increasing fortune to be made from China’s moviegoers. This year the Chinese fantasy "Monster Hunt" became the highest-grossing film in the country’s history. Unsurprisingly, not everyone wants to watch foreign films all the time — particularly when the subtitles are hilariously awful.

Hollywood filmmakers, as a result, are more willing to cater to Chinese interests. Together with casting a kind light on China, studios also appease Chinese censors by avoiding even the merest slight — cutting, for instance, a scene from "Men in Black 3" in which a crowd of ethnic Chinese bystanders have their memories erased by a government agent, or one from "Skyfall" in which a French assassin kills a Chinese security guard, or even, in "Mission: Impossible — Rogue Nation," a shot in which Tom Cruise's character runs past some underwear hanging on a clothesline in Shanghai.

Such efforts are often clumsy, like the scene in "Iron Man 3," absent from the international version, in which a Chinese doctor calls the hero's robot assistant and says, "Tony doesn't have to do this alone... China can help." Even Chinese state media criticized the hammy sequence.

Some of the scenes in 'Iron Man 3' that only Chinese viewers saw featured local actors and brands.

Chinese viewers, too, can tell when they’re being pandered to. According to Ying Zhu, professor of media culture at the College of Staten Island-CUNY and a leading authority on Chinese cinema, gratuitous product placements and pop star cameos “so haphazardly strung together that they are, at worst, insults and at best satire” leave many Chinese filmgoers feeling patronized.

But it’s not necessarily audiences that Hollywood needs to impress.

The director of China’s state-controlled film bureau, Zhang Hongshen, has said that China is at war with Hollywood. China’s propaganda chief, Liu Qibao, believes that Chinese movies should reflect the Chinese Dream. President Xi Jinping declared that art should be patriotic and that foreign films should be sanitized.

This summer, when Chinese war epic "The Hundred Regiments Offensive" was competing with "Terminator: Genisys," industry executives allege that the state studio encouraged cinemas to commit fraud, falsely propelling its film to the top of box-office charts. (The Chinese government attributed the movie’s success to patriotic fervor.)

Others have accused China of forcing state-owned companies to buy tickets to produce similar results.

Part of the problem is that the country parades its garbage and hides its gold. Not including productions from Hong Kong and Taiwan, its mainland film industry has received two Academy Award nominations for Best Foreign Language film: "Ju Dou" in 1990 and 2002’s "Hero," both directed by Zhang Yimou. Not only was "Ju Dou" banned for two years in China, Zhang himself was later temporarily barred from filmmaking.

Similarly, Jia Zhangke’s hard-hitting "A Touch of Sin," maybe the best Chinese film of 2013, was denied a release in China (and therefore a shot at an Oscar nomination).

Liu Xiaoming, China’s ambassador to the UK, recently complained that artist Ai Weiwei is only popular in the West because he criticizes the Chinese government. By banning its best films, China foregrounds their political import — and increases their chances of becoming a cause célèbre overseas. You could even argue that Chinese censors incentivize their best filmmakers to cater to Western tastes by criticizing the Chinese government.

China's growth almost guarantees Hollywood studios will continue to bow to Beijing's censors, while censorship encourages China's best to reach for Western audiences. Caught in such financial and political currents, directors like Zhang Yimou will continue to make movies that they hope at least one of the world's two biggest audiences will watch.

David Volodzko is based in Chengdu, China, where he writes for The Diplomat and is the author of the blog Rational Consent.