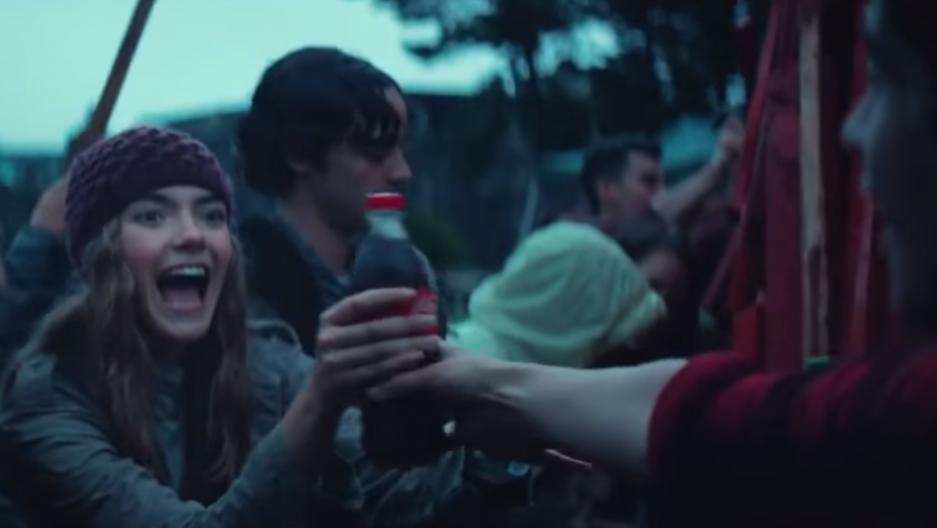 LIMA, Peru — If Coca-Cola executives in Mexico thought dropping a controversial ad that critics have dubbed racist would be enough to end the brand damage, they may need to think again.

The Alliance for Food Health, an umbrella group of Mexican consumer rights and public health organizations, is lodging an official complaint with Conapred, the country’s National Council for the Prevention of Discrimination.

Whatever Conapred eventually determines, just the fact that the agency will have to investigate Coca Cola represents a PR disaster for the world’s best-selling soft drink brand in one of its largest markets.

Conapred, which has the power to fine companies it finds have discriminated on the basis of race, religion, gender or sexuality, confirmed to GlobalPost that it had received the complaint and was looking into the matter.

The ad shows a group of young light-skinned hipsters descending on the indigenous Mixe village of Totontepec, in the impoverished southwestern state of Oaxaca.

The video opens with scenes of the village and the statement in Spanish that “81.6 percent of indigenous Mexicans have felt rejected for speaking another language.” The attractive young people set out with a Christmas-themed “very special message” to share. Once at the village they start building a mysterious red structure, then hand out bottles of Coke.

By the end of the ad the hipsters and villagers have gathered around a Christmas tree made of red-painted wood and bottle caps, hugging and sharing soda. “You too can destroy prejudice,” the ad closes, asking consumers to share with the hashtag #AbreTuCorazon, or “#OpenYourHeart.”

That brought a firestorm of protest in Mexico, with critics accusing the ad itself of being painfully patronizing and racist.

The Alliance for Food Health said the spot “reproduces and reinforces stereotypes that establish Indians as culturally and racially subordinated.” It added that the behavior of the white visitors in giving away sodas was “paternalistic.”

More from GlobalPost: An idiot’s guide (no offense) to Brazil's impeachment

The Alliance posted its own version of the ad, with comments from Mixe Mexicans — speaking their native language — highlighting the discrimination and special risks they face.

Those comments include that nearly one-third of the population of Oaxaca doesn’t have access to potable water and that Type 2 diabetes, once rare in indigenous communities, is now starting to be an epidemic.

Coca-Cola failed to respond to GlobalPost’s request for comment. But elsewhere, executives have offered profuse apologies for inadvertently causing offense, and describe the racism furor as a “misunderstanding.”

Although Coca-Cola’s ad may have been discriminatory and in poor taste, it likely still falls short of becoming a contender for the title of Mexico’s most offensive publicity failure.

That prize should probably go to Nestle, for its November 2014 tweet about its Crunch chocolate bar that referenced the 43 missing students of Ayotzinapa, presumed murdered by the country’s uber-violent drug cartels.