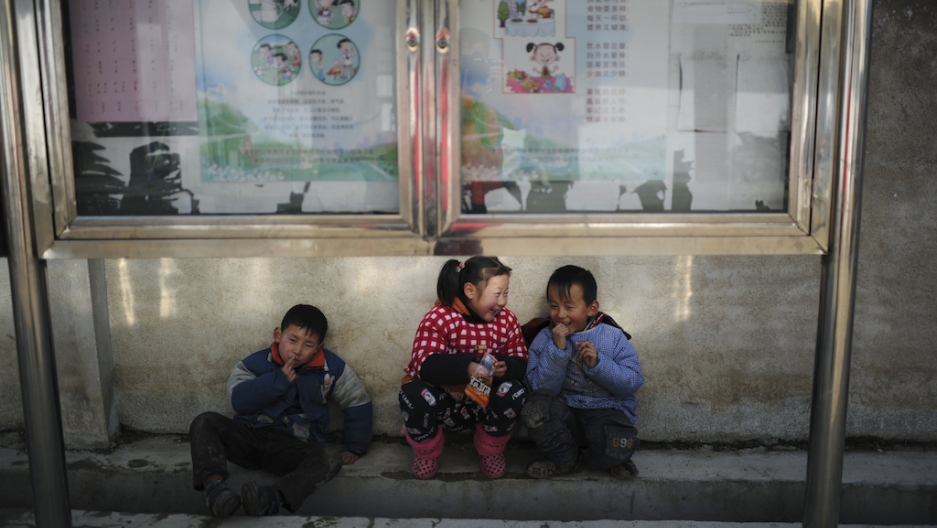 Students at a primary school in Dabie Mountain, Anhui province, Dec. 19, 2012. The majority of the students in the school are children whose parents left them behind to work outside their hometown.
Credit: Stringer
Share

BEIJING, China — In some ways, Lai Wei and her husband faced the same dilemma that many foreigners who move to Beijing to pursue career opportunities struggle with. Should they bring their daughter to the big city, knowing that children are particularly vulnerable to the effects of apocalyptic smog and freezing northern winters?

But unlike foreigners living on expatriate packages, the Lais cannot afford to hire babysitters or to live in a modern apartment with air purifiers, filtered water and other luxuries. Since public services that Chinese citizens are entitled to are usually tied to the places where they were born, their daughter would not be able to attend public schools or access basic health services in Beijing. Enrolling her in an expensive international school is out of the question.

That is why Lai Wei’s 3-year-old daughter, Nan Nan, lives with her husband’s parents in a small town in China’s eastern Jiangsu province.

At the end of October, China announced it would abolish its longstanding one-child policy and allow all married couples to have two children. Researchers say this change will not lead to a population boom. Many working parents cannot afford to live with the children they have, let alone have more.

Nan Nan is one of China’s 61 million so-called “left-behind” children, where one or both parents have migrated to a city to find work. They are likely to see their parents only once a year. According to the latest survey from the All-China Women's Federation, an official body, nearly half of left-behind children have had both parents move away. Close to 33 percent of the total live with their grandparents while at least 3 percent live on their own. That means around 2 million children are raising themselves.

"I feel the pain when she is not by my side every day."

Many are also undocumented and lack access to public services, according to UNICEF, often because parents did not provide the necessary paperwork to obtain their "hukou," the household registration document needed to obtain basic benefits. Grandparents can’t help much, since much of the older generation in rural areas is illiterate.

Thirty-four percent of left-behind children are at risk of committing suicide and 70 percent have mental health problems, according to the NGO On the Road to School.

In June this year, people around the world were horrified by the deaths of four children aged 5 to 13 who had been living alone after both parents abandoned them in the village of Cizhu in Guizhou, one of China’s poorest provinces. News reports said they drank pesticide together. The eldest boy left a suicide note that read: “Thanks for your kindness. I know you mean well for us, but we should go now.”

Their grieving mother was quoted in state media as saying that she “did not shoulder my responsibility for them.” But migrant workers that GlobalPost interviewed in Beijing and Shanghai said they were doing what they thought best for their children — whatever the separation cost them as parents.

Lai is 26 years old and works as an "ayi," or house cleaner, in the center of Beijing. Her husband does small-scale trading in seafood products. They met when they were both working as prep cooks, shortly after Lai moved to Beijing from a poor area of Anhui province at the age of 18. Their combined income comes to around $1,170 a month.

“I didn’t really think about why I moved to Beijing to find work. That was what all the young people in my village did,” said Lai, whose round cheeks and high ponytail make her look younger than her age.

Lai is luckier than most migrant parents. She gets to see her daughter for two months out of every year, when in-laws bring her to spend the summer in Beijing. But during those visits, Lai’s heart sinks when she notices how her daughter is more comfortable around her grandparents.

“She is still very young so she seems happy and does not question why her parents are gone. But I feel the pain when she is not by my side every day. We do not have the closeness that mothers and daughters should have,” Lai said. 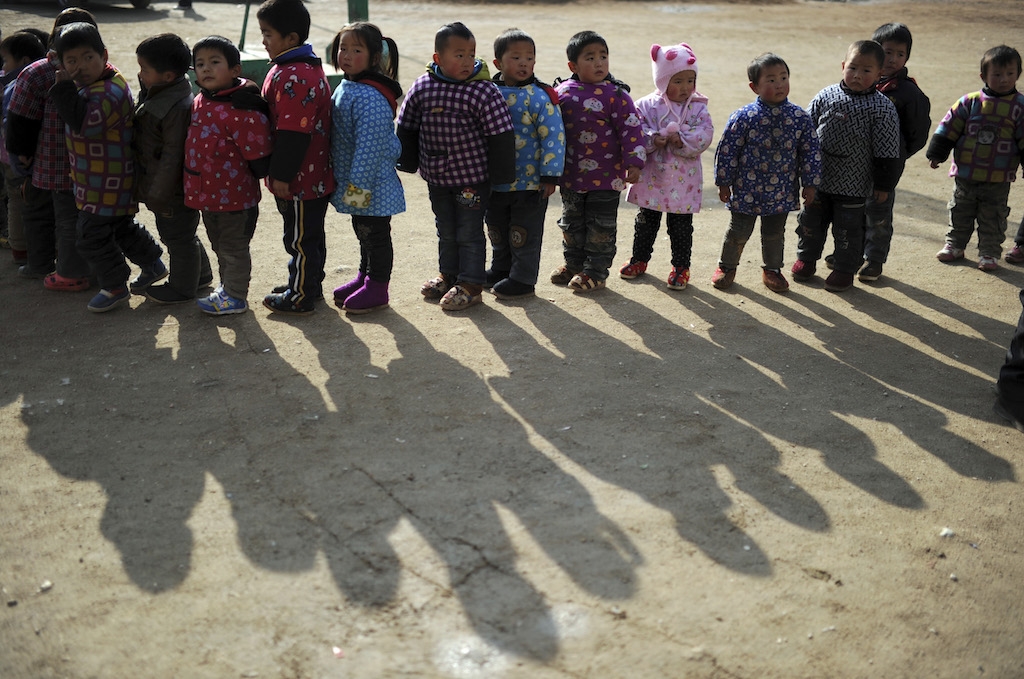 In a different part of Beijing, the suburban district of Tongzhou, another mother said that she initially moved to the city with her two sons but found it impossible to give them a good life.

“My salary is 2,500 yuan [$390] a month and my husband earns around the same,” said Zuo Xiuli, who is from a rural area of Chengde in Hebei province. The petite 36-year-old cleans offices.

“My children don’t have Beijing hukou so weren’t able to attend a local school. They were only able to go to a small school for migrants and the quality of teaching was so bad I had to send them back to my hometown to live with their grandparents,” Zuo said.

Since the Zuos earn much more in Beijing than they would at home farming, the couple say they would not be able to support their children any other way. GlobalPost heard similar stories from other parents, who all seemed confident that they had made the best choice available to them.

“I couldn’t even feed myself in my hometown. At least here, I can earn some money and get food for my family,” said Chai, a 50-year-old groundskeeper from Hubei who has worked in Beijing for two decades, seeing his children — now adults working in other parts of the country — only once a year.

“Children need to spend time with their parents and there is no substitute for that.”

In many cases, spouses get separated too. In Shanghai, Meng Jia, a masseuse in a dingy establishment near the French Concession, works to support her husband and teenage daughter, who tend the family farm. She spends noon to midnight every day doing a strenuous style of Chinese massage, and only gets two days off each month.

“I am so proud of my daughter. Her teachers say she has a good chance of getting into university,” Meng said. “That would mean that our time apart would be worth it.”

The Chinese government is well aware of the problems, said Xu Wenqing, who manages a program at UNICEF that trains local villagers to provide basic social worker services to left-behind children. The authorities provide cash subsidies to poor families and are starting to fund more social support programs for rural children, she explained.

“But children need to spend time with their parents and there is no substitute for that,” Xu said. “There should also be more pressure on employers of migrant workers to give staff more holidays and to subsidize family reunion activities.”

“It is unlikely that the government will give rural migrants city hukou and this would not help much anyways since it is too expensive to raise children in cities and parents have little free time to take care of children,” said Liu Xinyu, founder of On the Road to School.

“There is also not enough research on the situation of left-behind children and their families. The government should fund more studies to create better understanding and find solutions,” said Liu.

As for Lai Wei, she and her husband are determined to return home to see their daughter grow up.

“We are preparing to leave Beijing next year,” she said. “We have worked many years here already and saved some money. When we go back to Jiangsu we will probably only be able find jobs in factories but that should be fine,” Lai said. Her smile looked forced.