Father Oscar Prudenciano González at the San Gerardo church in the small city of Iguala, in Guerrero, one of Mexico's most violent states.

Father Oscar Prudenciano González begins his Sunday mass with a blessing that’d be out of place in most parts of the world. It’s a prayer for the 20 or so people gathered at the front of the church. They’re young and old, mothers, sister and dads. Many hold machetes and wear hiking boots.

Father Oscar says that today these people will go dig in the hills searching for relatives who’ve disappeared. Pray for them.

He says he must offer his support. “They asked me to talk about their searches,” Father Oscar says. That way, he says, others will be less afraid to come out and look for their relatives too.

But this simple blessing comes with a risk. We are in Guerrero, Mexico’s most violent state — riddled with drug crime. And Father Oscar’s church is in the small city of Iguala, where 43 students vanished last year. Like the families of those students, the people here today are searching for missing relatives too.

Father Oscar, 43, knows his blessing — and public solidarity with these families — can put him in conflict with criminals. “Fear, we’ve always had that. But the needs of these people to find their loved ones, that is bigger than fear,” he says.

But the threats against priests in Mexico are real. Eleven have been killed here since 2012, making Mexico the most dangerous place for Catholic priests in the world, according to the Mexico City-based Catholic Multimedia Center (CMC). 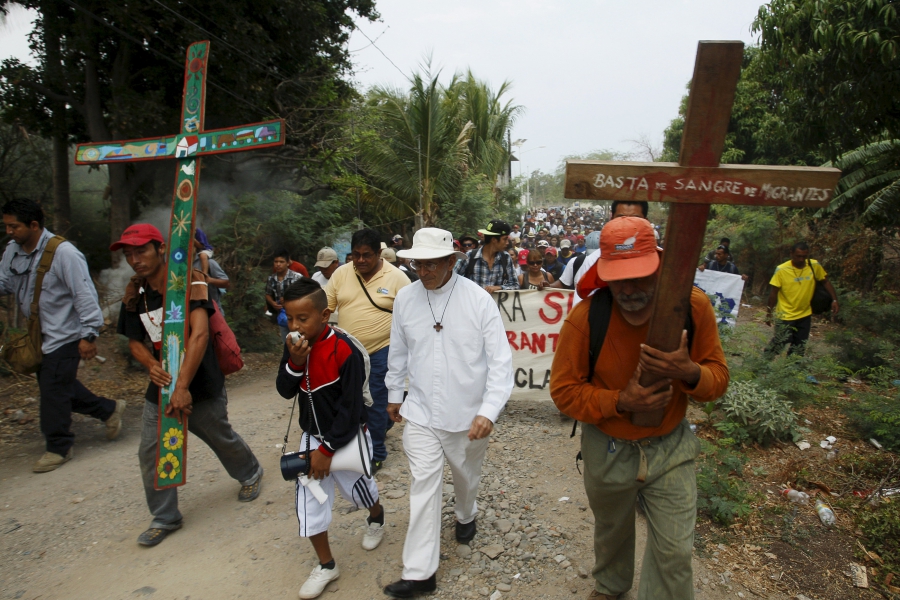 Many of the priest murders go unsolved, but Omar Sotelo, a priest at CMC who tracks the violence, says they all have this in common: extreme violence. There is torture, kidnapping, and crimes scenes that show bullets from high-powered guns — the signature of drug gangs. The latest murder happened in November, when armed men abducted Father Erasto Pliego de Jesús, who worked in Puebla state. He was found on the side of a road with signs of torture.

Why more deaths? What’s changed? There’s not a single answer, but Sotelo says the activist role that some priests play puts them on the frontline. “They’re defending migrants, they’re against drug trafficking,” he says. “And the priests often know who’s the criminals are, having seen them grow up in the towns. Eventually, some criminals can see that as a threat.”

Sotelo also adds that, so far, Mexico’s national Catholic Church leadership has been quiet — at a loss maybe — when it comes to confronting the violence. But when Pope Francis comes to Mexico in February, the stream of violence is expected to be on the agenda.

Father Oscar knows the dangers. He has had a gun pointed at him and was caught in the crossfire of rival drug gangs, bullets flying. “I’ve known priests who have been robbed, others who have been kidnapped,” he says, speaking from his modest office next to his church. Like other priests in Mexico, Father Oscar takes precautions. He doesn’t go out after dark, and informs other priests of his whereabouts.

He says it’s a new chapter for priests in Mexico. “Priests once had a certain respect,” he says. “That is being lost.” Today, he says, priests are just another person facing the same dangers anyone else does in certain parts of Mexico.

At the same time, the priest finds himself interacting intimately with the criminals themselves when they come to confession. “I remember one young man who came who said he had killed people,” Father Oscar says. He was a drug gang member, he says, filled with rage and regret. The priest tells these men not to kill. They say they’re obligated. It’s their job.

So Father Oscar is in this precarious spot — wanting to help, listen — to people from all sides of Mexico’s troubles, from grieving parents to criminals.

For those up in the Iguala hills, digging for lost loved ones, the church gives them strength. Margarito Soriano is looking for his son Mario, 38, who went missing four years ago. He says Father Oscar’s blessing means “God is with them, leading them by the hand as they search.” 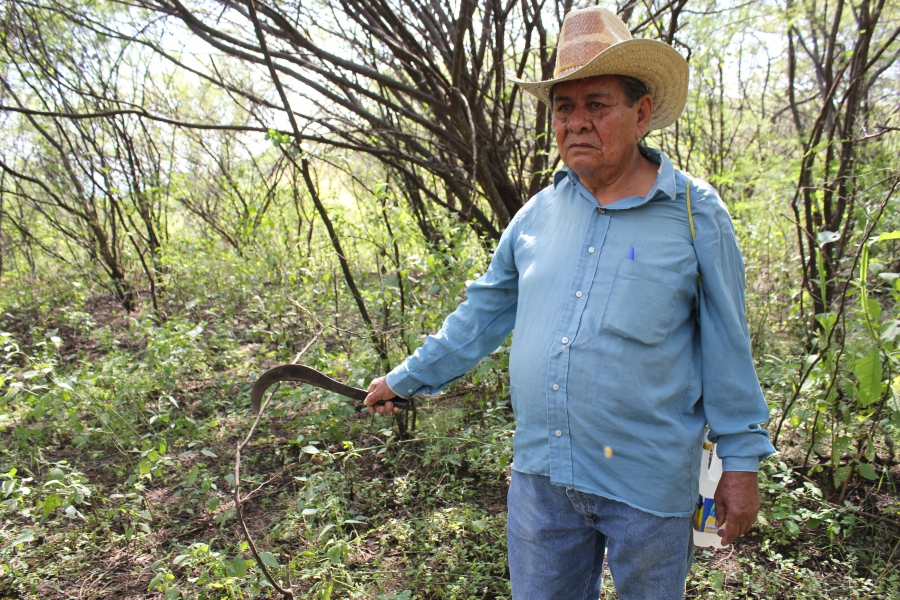 On a recent Sunday, Margarito Soriano joined others to search for clandestine graves near Iguala, Mexico. A blessing from the church "means God is with them, leading them by the hand as they search," he says. His son, Mario, 38, vanished in 2011. Thousands of people have disappeared in Mexico, with the crimes often linked to drug gangs.

Soriano joins the group who headed out a dense thorny hillside after Father Oscar’s blessing. Eventually, they spot a clearing where the soil has been moved. They dig and find a single human bone with rope around it, a sign that the person had been bound. The group puts dirt back over the site, marks it with a red flag, and hopes the authorities will follow up and identify the remains.

The families then pray. And they will do it all again soon, meeting on Sundays at the church, shovels in hand, and receiving a blessing before they go. 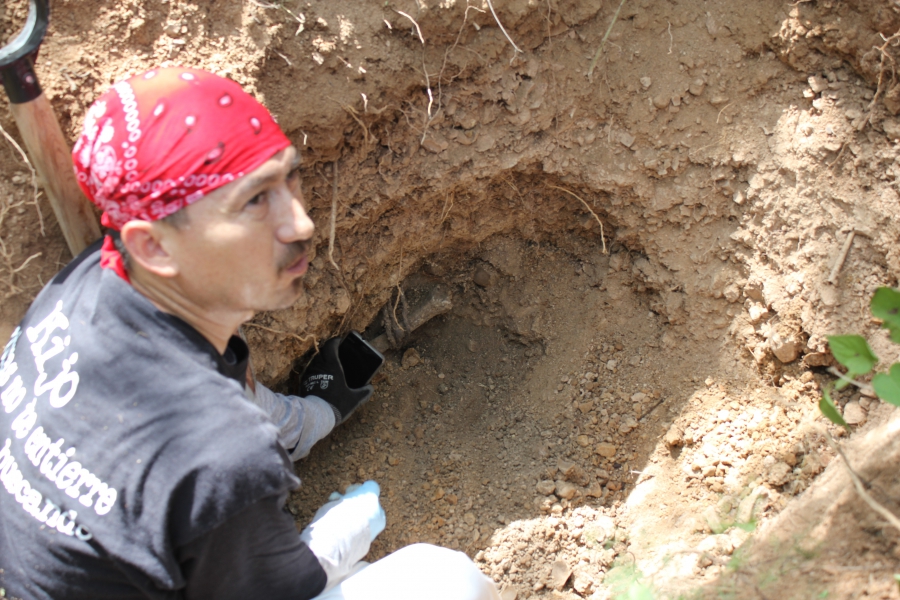 Mario Vergara, whose brother disapppeared two years ago, leads other families searching for people in Mexico's Guerrero state. A human bone, found with rope, was discovered in a hilly clearing. An anoymous local tip pointed them to the area.