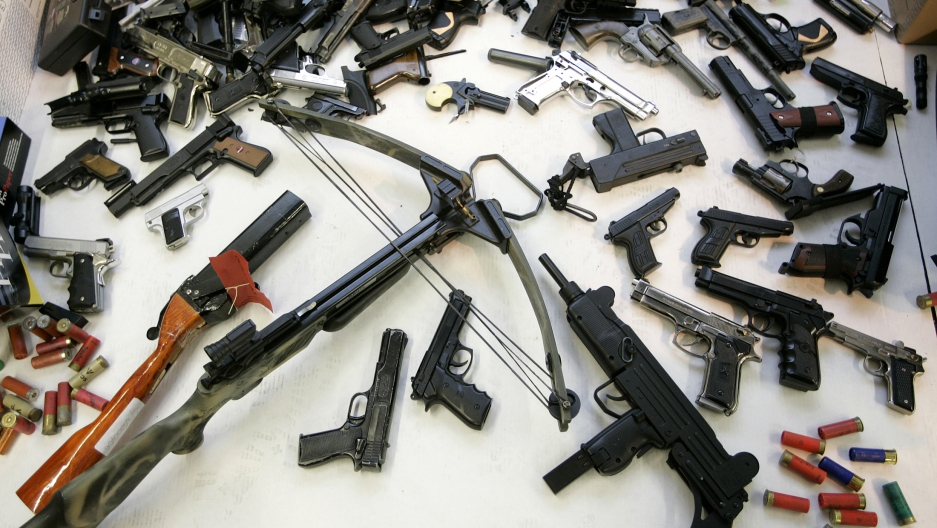 Part of the arsenal of weapons handed in to the Greater Manchester Police force during a month-long gun amnesty in Manchester, northern England in 2006.
Credit: Phil Noble
Share

The United States is again debating what to do after another mass shooting. This debate could last a few days, or even a few weeks, but eventually — if this time is like all the other times — the issue will be forgotten and nothing will be done.

But there are things that could be done. Australia, the United Kingdom and Finland are countries that have all made dramatic changes to their gun laws in the wake of a mass shooting. And they have all seen positive results.

After a mass shooting in 1987, Britain passed the Firearms Act of 1988. It made registration of shotguns mandatory and banned semi-automatic and pump-action weapons. Firearms amnesties netted thousands of weapons and rounds of ammunition.

Australia is the most common example offered. After a gunman killed 35 tourists at a port in Tasmania, it took the conservative Australian government just 12 days to pass bipartisan legislation that enacted sweeping gun control.

A massive buyback program yielded more than 600,000 semi-automatic shotguns and rifles, roughly one-fifth of the firearms in Australia. The laws also outlawed private sales, required that guns be individually registered to their owners, and mandated that buyers present a "genuine reason" for purchasing the guns. One study found that the new laws reduced firearm suicides by 74 percent and gun-related homicides by 59 percent. Australia hasn’t had a mass shooting since.

Australia had to increase taxes, however, to afford the buyback program. It’s hard to imagine that going over well in the United States.

Editor's note: This is an excerpt from Chatter, our morning rundown of what you need and want to know around the world. Check out the full report for Dec. 4.