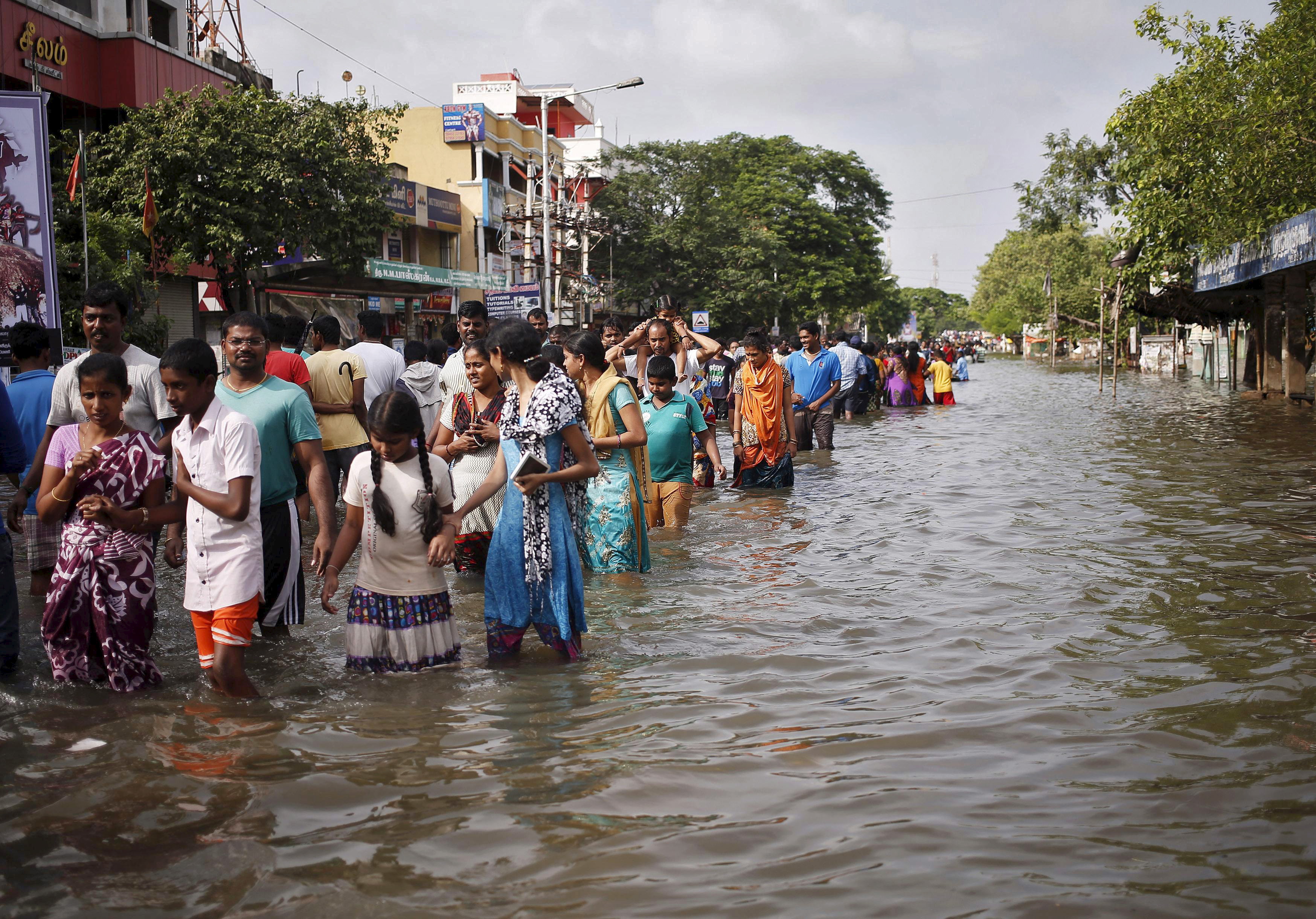 Residents wade through a flooded street as they evacuate their homes in Chennai, in the southern state of Tamil Nadu, India, December 3, 2015.

For days, Chennai has been innundated with torrential, record-breaking monsoon rains — that have left the city submerged in flood waters. Meteorologists say the southern India is getting the heaviest rainfall in more than 100 years. In Chennai, 14 inches of rain fell over 24 hours on December 1st.

The deluge left parts of the flat, coastal city under up to eight feet of water. More than 250 people have died, and thousands have been forced from their homes.

“For two days, Chennai's resembled a city of islands, with many neighborhoods surrounded by or submerged in water, “says BBC correspondent Sanjoy Majumder. He's been out speaking with residents who are doing their best to cope with the flooding.

“The water was chest high," said one student, Sridhar.

Majumder describes the swollen Adyar river which flows through the city of Channai this way:

The current is still dangerously swift, and on the opposite bank, the roofs of a couple of houses poke out above the water level. An Indian Army rescue and relief team trudge by wearily, carrying a boat between them, distinct in their bright orange uniforms. "We are no longer rescuing anyone, that part of the operation is over,'"says SS Guleria, the operations director. "Now the main focus is to make sure the people affected get food, water and medicines." But that is proving to be a challenge. For the past couple of days, air force and army helicopters have dropped supplies in some areas. "It's never going to be enough," says Naveen, another local resident. "Each drop is enough for 10­20 people. And there are so many who are in need." 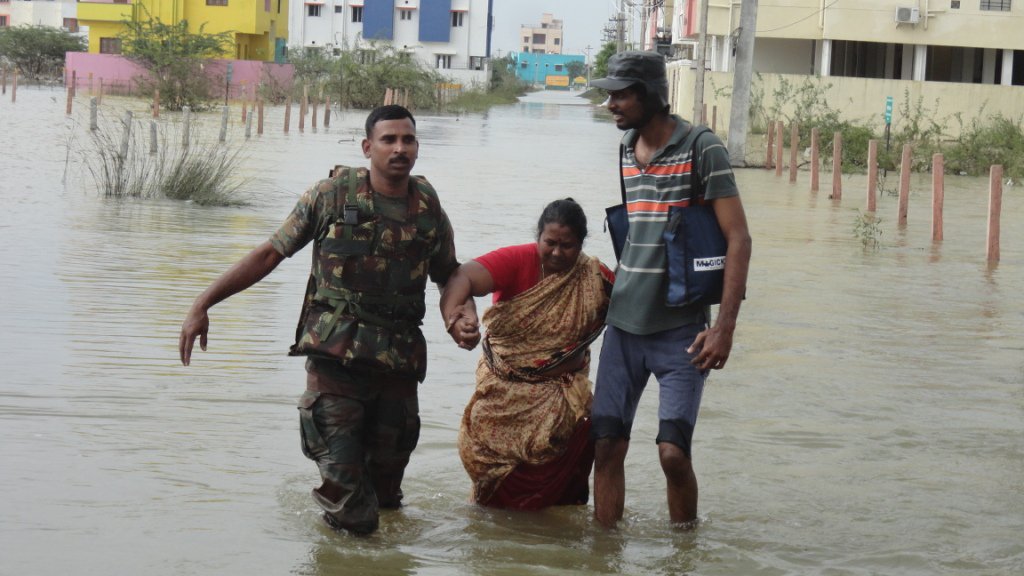 “People, especially those who aren’t well off have simply been devastated,” says Majumder. Some residents are starting to return to their flooded homes. But when the flooding was at its most intense, Majumder says “there were neighborhoods where water levels came up to the first level of their homes — forcing them to climb up to the upper floors or onto their roofs.”

He describes seeing refrigerators, washing machines, and televisions floating in the water, completely wrecked. In working class neighborhoods, it’s even worse, “where people often have things used for work, so if you’re a tailor, a sewing machine, or if you’re a small factory worker who uses a little machine inside your home, all of that is damaged.”

Round the clock selfless efforts of all ranks #IndianArmy to rescue flood victims #ChennaiFloods pic.twitter.com/WccQVp9tiV

Interestingly, Indian Prime Minister Narendra Modi attended the climate summit in Paris just last week and said that many parts of India are beginning to experience extreme weather patterns, partly due to climate change. One week later, Majumder says, “many people in India, not just in Chennai, are beginning to worry about the fact that India is seeing extreme drought in one part of the country and then flooding at the same time in another part of the country, and they’re hoping something can be done to address this.” 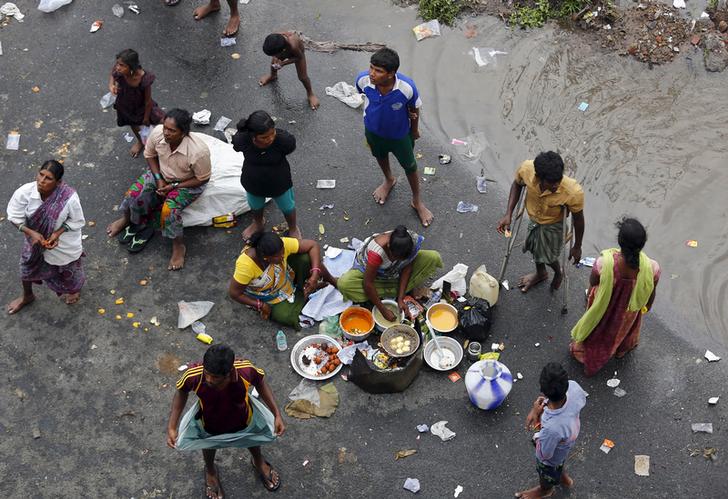 Displaced residents cook their meal on a flooded roadside in Chennai, India, December 3, 2015.