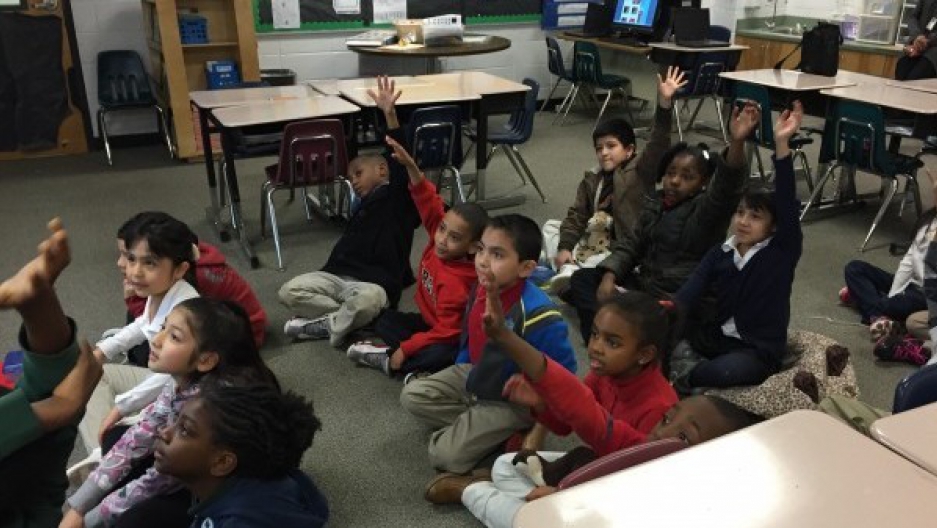 Some of Unidos Dual Language Charter School teacher John Rendon's second-graders getting into a lesson.

Imagine being in second grade and trying to learn math in a language that you’re also learning. That’s the situation for an increasing number of students in the US and the South. If you focus too much on learning English — maybe in special, isolated classes where you don’t hear your peers speaking the native language — you fall behind in math, among other things.

But you can’t learn those core subjects from a teacher you don’t understand.

“We put them into school and we say, ‘we’re going to start in a new language — you have no labels for any of these things that you already know,” says author and researcher Patricia Gándara of UCLA. “I mean, the most critical, important learning that occurs in a person’s life is discounted. It’s crazy.”

And those hurdles have increasing economic ramifications as language-minority students make up more and more of the school population of the South and the nation.

“Those kids, given the way we’re dealing with the situation now, are enormously high-risk for not making it in this society. That is going to convert into lower average level of education for the people in those areas,” Gandara says. “The economic consequences are going to be enormous, unless we figure it out.”

Baylor University economist Van Pham agrees. He adds that conservative estimates of the return on someone graduating from high school rather than dropping out are in the order of two dollars for every one dollar spent. And he makes another connection:

“In the labor market, there’s the ‘discouraged worker’ that leaves the labor force because they can’t find work. I think the phenomenon is similar here: these immigrants who are trying to learn the language on top of subject matter — it could get very hard. At some point, they don’t see the point, and they’re going to drop out.”

Language-minority students have some of the highest dropout rates in the nation; some estimates put the cost to the economy at several hundred billion dollars.

And there’s another more subtle connection — something that gets lost when these kids don’t learn the dominant language, something Pham lived when his family came over from Vietnam: He explains that in developing countries, where this has been studied more, having even just one educated person in a household makes the entire family more functional, more integrated into the economy. In the US, that role is often filled by a family member who speaks the dominant language. That relative lubricates older generations’ participation in the economy.

And there’s a counterintuitive concept to remember here, too. Margarita Pinkos, a longtime bilingual educator and former Director of the US Department of Education’s Office of English Language Acquisition, starts with a practical example.

“Let’s say that you are IBM, and you’re going to send one of your programmers to work in France,” she says. “And they don’t speak French. But they need to know the labor laws of France. What language would you teach them that in? In English! If you really want not to be sued, you want them to learn that in English.”

But people tend to reverse that logic when it comes to kids in school, maybe because it leads to that counterintuitive idea, which we covered earlier in the series: If you teach language-minorities their math, science, and other core subjects in their native language, in the long run they do better in school, including learning English. But parents, educators, voters, and policy leaders don’t necessarily know that. 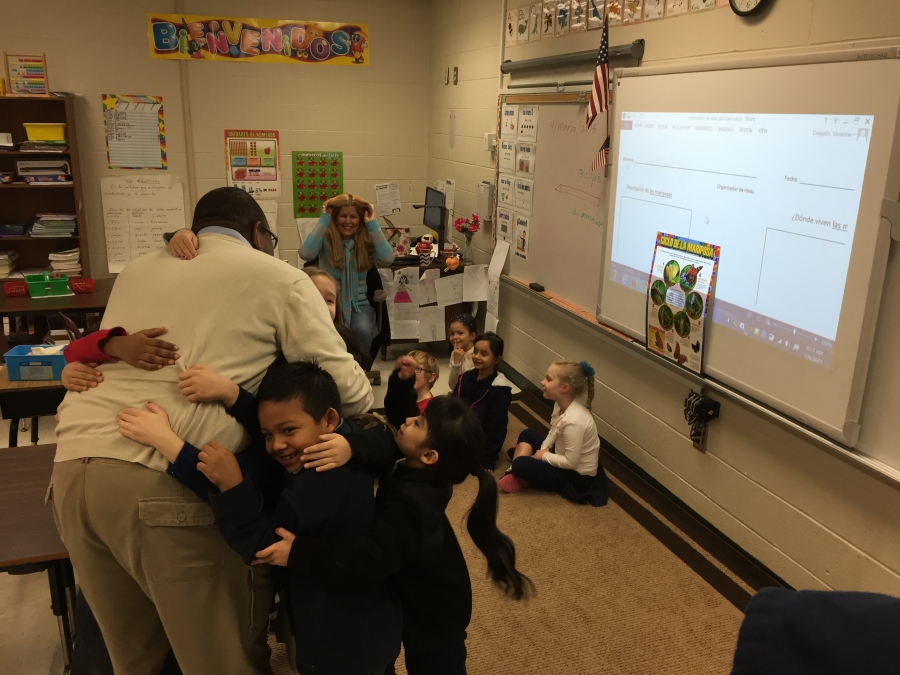 Related: Bilingual education in the South: Confronting the challenges

Jason Mizell, who’s all of the above, does know it because he sees it with his students at World Language Academy, a charter school in north Georgia where Spanish-speakers and English speakers learn in both languages. He says of the school’s native Spanish-speakers, “they’re going to be able to speak English fluently — read it, write it, at a truly high academic level, but the same thing in Spanish. So it’s not like you’re sort of stripping away their language, but you’re actually building on top of what they already have, and helping them to keep growing.”

He says that should be the goal of all schools teaching language-minorities, “because otherwise you have these kids who graduate, who’re neither here nor there. They end up dropping out of school. Let’s be honest: if you’re not successful in school, you drop out. You look for something else. And a lot of times that something else is not what we want as a society.”

Speaking of that big picture, education leaders and advocates across the South are starting to think that, despite the politics of it, the steady increase in a population that’s consistently under-educated could push leaders to try different approaches. Even if it means putting stock in counterintuitive research findings over “common sense” that turns out not to hold up.