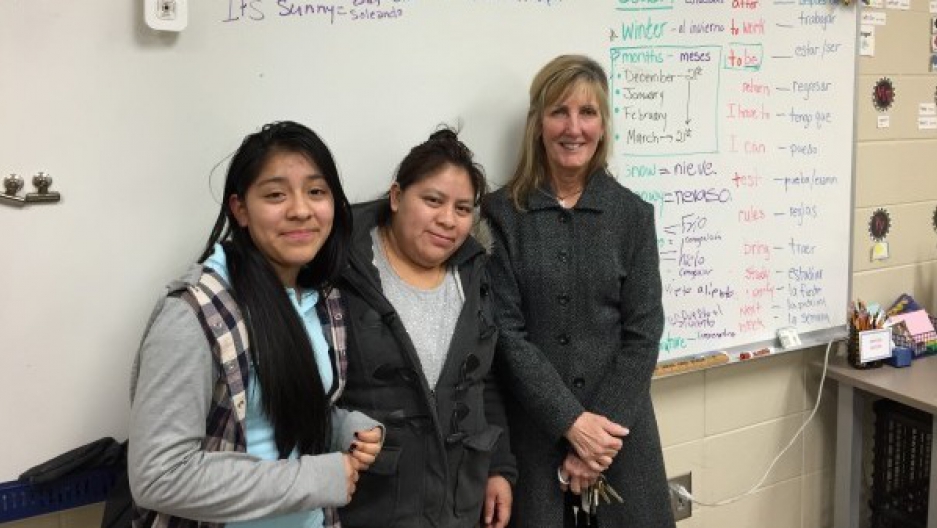 Tarrant High School junior Angelina Baltazar (left), her mother Maria Baltazar, and ESL teacher Anne Pace. The Baltazars are from Guatemala, but Maria's first language was not Spanish - it was an isolated Mayan language from western Guatemala and eastern Mexico.

Angelina Baltazar is from Tarrant, Alabama, by way of Guatemala. She introduces herself in moderately accented English.

“I’m in 11th grade right now. I’m about to become a senior. I’m happy … that I’m going to graduate high school. That’s my dream, since I was little.”

But this bright, hardworking kid isn’t happy about everything at her school. She says there are a lot of students like her in the Tarrant system who want — really need — much more help integrating into their new academic world. And one of the people helping with that agrees.

“There just aren’t enough teachers to accommodate the amount of children that are coming in right now,” says English as a Second Language (ESL) specialist Anne Pace.

That’s the case across much of the nation and the South. Finding qualified ESL or bilingual teachers is not easy. Government support for training, recruiting, and standardizing has been spotty. Pace herself admits to feeling underprepared. I ask her whether her Spanish is good, assuming the answer would be “yes,” but she laughs and then says, “Oh, it’s … it’s … I’m working on it. The kids teach me a lot.”

This specialized teacher pipeline is slow partly because the standards for which students get special services, and for which teachers can teach them, vary widely across states and even across districts. That makes establishing solid, consistent training programs trickier for universities.

But there are some commonalities, especially in the South. They’re just not the kind that increase the numbers of potential ESL or bilingual teachers. For example, every Southern state besides Texas has an officially “English-only” government, which can affect education policies directly and indirectly. Those states tend to favor English immersion over teaching language-minorities in their own tongues. Alabama is a straightforward example.

She says she’s unfamiliar with research showing that bilingual or dual-language education is often more effective in boosting long-term academic performance and English proficiency. There are at least three reasons why a Dely Velez-Roberts might not know about that research. First, she’s insanely busy. Alabama has more than 20,000 classified English Learners, but she and exactly three trainers travel the state to coach teachers with little experience but more and more language-minority students. “They’re begging for the training,” she says. Second: There isn’t much research on how Southern schools are adapting. And third, it might not matter: When I ask her whether politics might be influencing education policy, she initially answers in the affirmative, but a few moments later as she starts to explain, she decides not to continue.

I contacted a half-dozen Alabama school systems with large Latino populations directly to see if I could observe some ESL classes. Long story short: it never happened.

Back in Tarrant, Anne Pace says districts should at least have the option of trying a dual-language approach. Then she explains why she thinks Alabama politicians haven’t pushed for it.

“Maybe because they have never taught in a class. I think they should come visit us, and see the struggles. Know that a different approach would accommodate these students.” 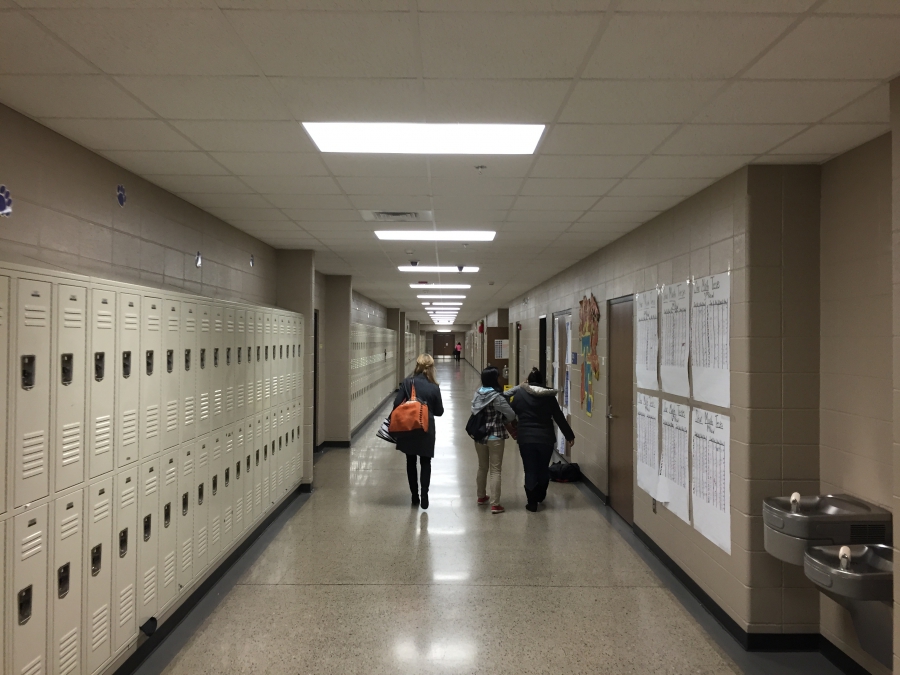 Of course, these types of challenges, and others, are not limited to Alabama.

“In the South, you know, there are stigmas,” says Talia Palacio, who grew up Panamanian in Memphis. Now she helps run one of the only dual-language schools in Tennessee, a state that also favors English immersion. She describes a historical process other experts told me about too: In this monolingual society some call a “graveyard of languages,” stigma leads to more families losing their native tongues, which shrinks the pool of potential bilingual teachers in a self-perpetuating cycle.

Related: Bilingual education in the South: When teachers and students connect across cultures

“It does limit the education cohort or education candidacy,” Palacio says, “because you need to be able to language hop and decode with ease.”

That stigma against anything but English also leads to a surprising source of resistance to bilingual education: immigrant families themselves. One could forgive a hotel worker from rural Honduras for not knowing that learning math in Spanish actually helps kids learn English (believe it or not, immigrants, like most people, are not regularly reading research journals). But resistance from immigrants and elsewhere seems to be softening as more experts say English immersion — the most common approach in the South and the nation — has failed. One of them is Margarita Pinkos, longtime bilingual educator and former director of the US Department of Education’s Office of English Language Acquisition under George W. Bush.

“Separate but equal has proven to be a disaster,” she explains. “If you do it only ... the ones that are learning English, they never hear it from their peers. There is enough research, if we want to look at it. It’s just that, you know, a lot of people don’t want to see it.”