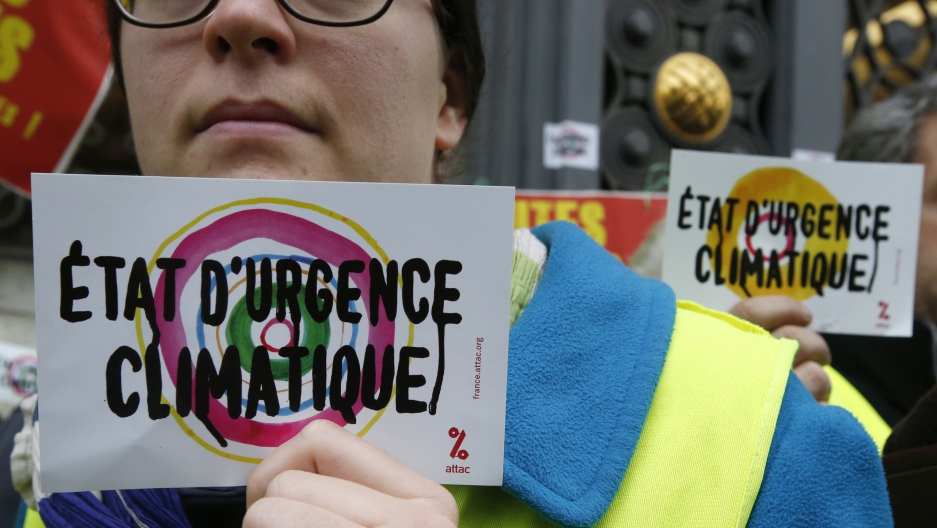 The UN climate summit underway this week in Paris is just the latest in a long — some might say interminable — series of such events going back 23 years, to the Earth Summit in Rio de Janiero in 1992.

The pace of the discussions has been excruciatingly slow, even as the scale and impact of the crisis has become far clearer. The mood has swung back and forth between celebratory and fractious, between optimism and despair.

Journalist Paul Brown has seen just about all of it, first as a reporter for The Guardian, now with the Climate News Network.

And this time, for once, he’s hopeful.

“Despite years of having the sand thrown in my eyes,” Brown said from the Paris conference center this week, “I'm an optimist, (and) I do think there is a change of mood. Honestly, I don't think it's politically possible for any country now to prevent progress, and people really want to get on with this thing.”

Brown thinks there will be an agreement — probably not one that would come close to what the science says we need to avoid huge disruption, but one in which targets are ratcheted up every five years to increase countries’ commitments to cut climate pollution.

And Brown says “I think by 2030, we will have a whole different world.”

Getting there, though, will continue to be a long, hard slog.

For instance, a major point of contention at this meeting continues to be aid from rich countries to poor ones to help deal with the worst effects of climate change.

On Thursday, Gambia's environment minister said flat out that if the issue isn't adequately addressed, there will be "no agreement in Paris." But his counterpart in the French delegation, which is hosting the talks, said that failure is "unthinkable."

Brown expects to hear more rhetoric like this, because of the huge difference in perspective between Europe and North America and the rest of the planet.

“Even now if you go to India,” Brown says, “they hardly know anything about climate change, and they're much more interested in development. The world just doesn't see things through the same set of glasses. When I went to Rio (in 1992), I was astonished at some of the attitudes of the developing world countries, because I came to it from a European perspective. And you have here 196 nations talking to each other, it’s no wonder that misunderstandings arise."

But he says that's just one reason progress has been slow. Another, he says, comes from the United States.

“Without criticizing your great country, I think the Republican Party has been one of the single biggest stumbling blocks to progress in this area,” Brown says.

Then there’s the role of American energy companies.

“I was astonished when I first came to these climate talks to find the fossil fuel lobby from America dominating the proceedings,” Brown says. “And they're still trying very hard to throw obstructions in the way of the climate talks."

“So there are vested interests, and of course the oil states of the Middle East are among the people who have tried to stop progress at every possible juncture."

But Brown thinks these forces are losing steam and being replaced by people and businesses with different values.

"If you come to Europe now, and you see all the renewables — the houses covered in solar panels and so on — the speed with which renewables have been adopted in Europe in the last five years is clearly staggering. And China and lots of other big industrial countries see renewables as the future."

Brown still foresees very rough times ahead as the impacts of climate change set in more and more strongly over the next few decades. Among other things, he expects the flow of migrants from places like Africa to places like Europe to only increase as climate changes make life in many marginal parts of the world even more untenable.

But he thinks this year’s Paris summit will be seen as a turning point, because the vast majority of the world’s countries won’t let a few others continue to stand in the way.

“I think they would be leaned on very heavily by colleagues and friends if they obstructed any further. They just can’t get away with it on an international basis.”