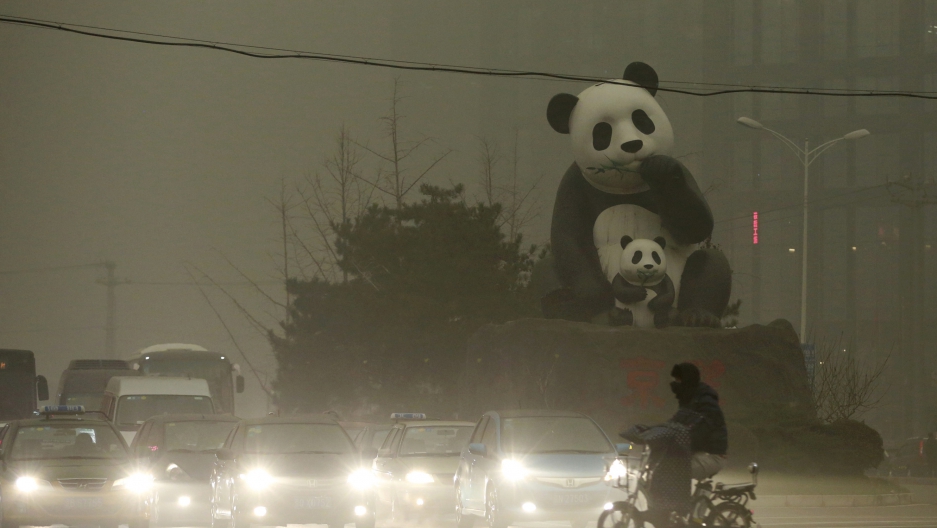 A resident rides an electric bicycle across a street amid heavy smog as vehicles wait for a traffic light next to a statue of pandas, a landmark of the Wangjing area in Beijing, China, December 1, 2015.

China's president Xi Jinping is at the UN climate summit in Paris this week promising to help clear the air of the pollutants that help heat up the atmosphere. But back home in Beijing, some of those same pollutants are making life almost unbearable.

"You feel the tightness in your chest. It's harder to breathe. You feel light-headed," says McClatchy News' Beijing bureau chief Stuart Leavenworth about the thick cloud of smog that's settled over the city the past five days.

"It smells like coal," Leavenworth says. "It affects everything you do so you don't exercise, you try not to go to work... Those of us who are expats spend money on expensive air filtration systems in our apartments, but most Chinese can't afford that."

Aiyaa! Another day of chunky air in China. The People's Republic is polluting the motherland. #BeijingSmog pic.twitter.com/bMJhI9721w

"This is about as bad as you can imagine it getting," he says. "So this should have been a red alert instead of an orange alert. And I believe it was kept at the lower level so as not to embarrass Xi Jinping attending the climate congress."

Xi is one of roughly 150 world leaders who've gathered in Paris to try to strike a global deal to start seriously addressing the climate crisis, the main source of which is the burning of coal and other fossil fuels.

Leavenworth says Chinese feel a lot of national pride with their leader being among those gathered in Paris. "Most Chinese are very happy to see that China's contributing to what is being recognized as a really international crisis that must be addressed” he says.

At the same time, he says most Chinese don't recognize that climate change threatens them personally. "But I think that they're hoping that this climate agreement will bring them cleaner air and better environmental conditions across China." 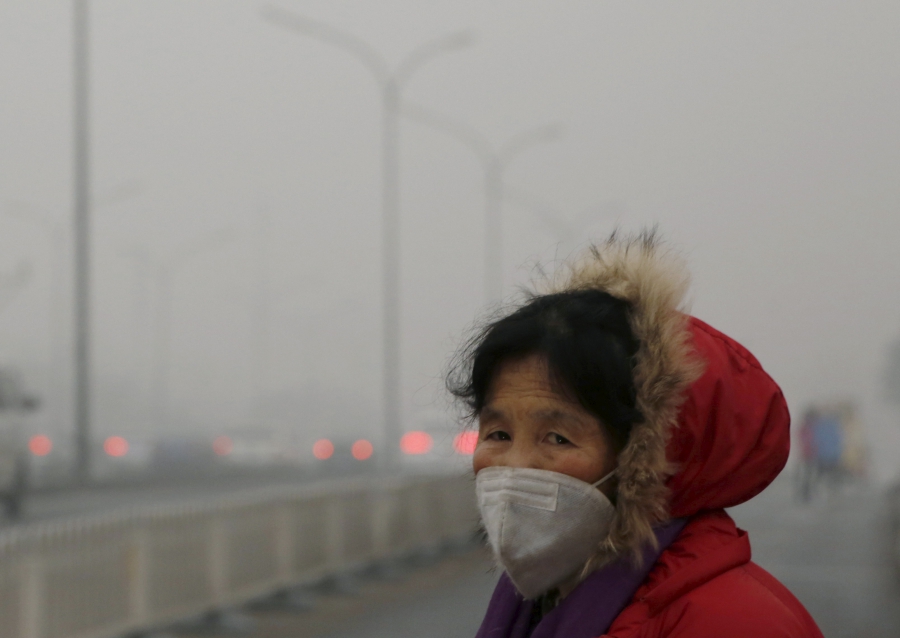 A woman wears a protective mask on one of the worst polluted days in Beijing.  The capital city is enveloped in thick smog that has forced schools to close and residents to remain indoors.