The Lancet has published a report in February 2014 estimating the sexual assault rate in New Zealand, alongside Australia is the third highest worldwide.

New Zealand, the southern Pacific island chain known for being the stunning backdrop for The Lord of the Rings films, has an unpleasant truth to contend with: its rates of sexual violence and assault appear to be shockingly high. According to a comparative study of 56 countries in British medical journal The Lancet, New Zealand ranks third (alongside Australia) in terms of reports of sexual assault among women 15 or older.

Female politicians in New Zealand say the issue still isn’t getting enough attention, and earlier this month they staged a dramatic walk-out of parliament. Much of their ire is directed at New Zealand’s three-term Prime Minister John Key. To understand why, though, you'll need some backstory.

In 2013, a big story broke in the New Zealand media: several young girls had gone to the police saying a group of teenage boys had gotten them drunk, raped them, and then bragged about it on Facebook.

In an interview about the group shortly after the story broke, Key said, “These young guys should just grow up.” He was eviscerated online for making light of the issue, and anger only intensified when police announced last year they had insufficient evidence to bring charges.

This month, another media and political storm erupted over Key’s use of the word “rape” in parliament.

It came during a heated discussion over New Zealand citizens detained in Australia for immigration violations and whether they should be allowed back. Some of the detainees have criminal records, and Key argued that getting them home from Australia was not the government’s first priority. The opposition argued Key wasn’t protecting New Zealand citizens. Key retorted: “You back the rapists.”

After the confrontation, opposition leaders asked the speaker of the house to make Key apologize for accusing them of supporting rapists. Green Party co-leader Metiria Turei says that’s a common parliamentary move.

“We withdraw and apologize all the time, for misspeaking, and getting heated, for saying things that shouldn’t be said,” she says.

Still, the speaker wouldn’t ask Key to apologize. And, at first, Key said he shouldn’t have to. Finally, weeks later, he did go on to apologize. On December 9, the last sitting day of parliament, Key said, "I have reflected on my comments and … so close to Christmas, I’d like to withdraw and apologize for that response.”

But at the time, Key vehemently defended what he’d said. Abuse had been “hurled” at him for his comments in parliament, he told the press at one point. "I am actually the person standing up for victims of crime,” he said.

Opposition MPs didn’t agree. They were disgusted with Key — and the speaker. A whole group of them walked out in protest.

“Our leader has made jokes and flimsy comments in relation to serious accusations of things that have happened in our society, and he himself has been an example of the sexism that exists in our culture,” says Marama Davidson, a member of parliament under New Zealand’s Green Party. “We’ve had enough. As women, we’ve had enough." 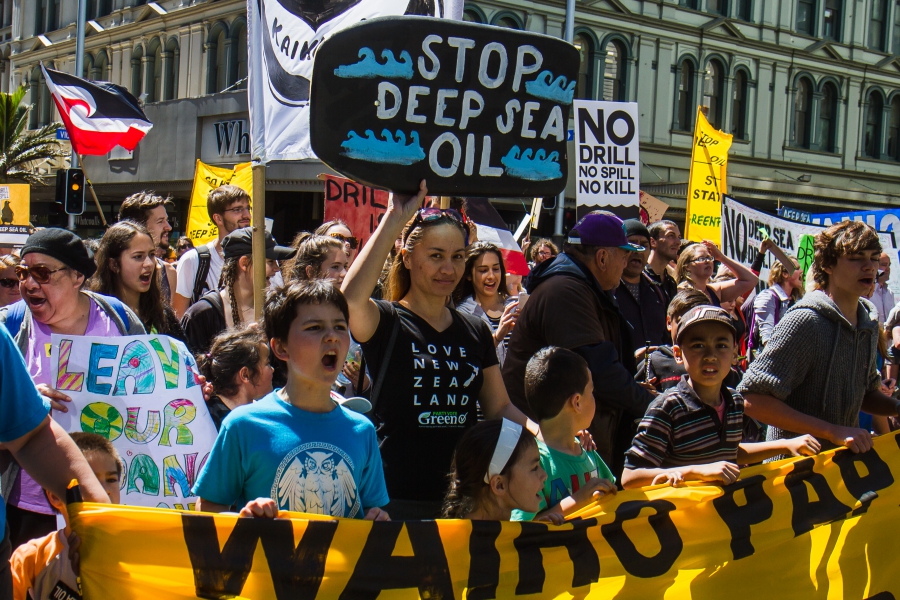 The next day, Nov. 11, Davidson, Turei and about a dozen other female MPs decided to take it a step further. They wanted to make the point that rape can’t be used to score political points. So they decided to tell their own stories on the parliamentary floor.

In total, about a dozen women tried to speak. One by one, they stood up to deliver the same line: “As a victim of sexual assault, I take deep personal offense to John Key’s comments, and ask that he apologize and withdraw.”

But the speaker of the house ruled the women out of order, cut them off, and told them to sit down. As the declarations kept coming, the speaker started to kick out the female MPs who tried to speak, one by one. In the end, the rest walked out in solidarity.

This second walk-out sparked another, larger public uproar. A petition with 13,000 signatures asking Key to apologize was presented to parliament by the opposition. Still, Key wouldn’t budge.

Turei says talking about the experience publicly was terrifying. But she had to, she says. “At some point, we have to stop — particularly men — from having such a blasé attitude towards the effects of rape and sexual assault. We just have to.”

Turei and Davidson are both Māori. And data from New Zealand’s Ministry of Justice show Māori women and girls are almost twice as likely as white women to experience sexual assault at some point in their lives.

Davidson says it has only gotten worse under Key’s leadership. He’s even cut funding to organizations that “work with sexual violence, trying to improve the situation,” she points out. One center in Christchurch was forced to close last year for lack of funding, and another in Wellington says it’s been dangerously underfunded for years.

Clarissa Neudorf works for one of those organizations — a survivor support service on New Zealand's south island. And she says she’s worried about the lesson many New Zealand women will take away from the women’s walk-out in parliament.

“It might make it more visible how common rape and sexual abuse are, and how many people it does affect,” Neudorf says. “But the issue is that they were silenced. So I think that’s sending a very strong message as well, [and] that could make women worried about disclosing.”

“We can’t tackle [the problem] if it stays in the dark, and that’s just the awful truth of it. And that means some of us, in privileged positions like myself, are going to have to take some of those first steps.”

By first steps, Turei means forcing New Zealand to have an uncomfortable conversation it’s been reluctant to have, but may not be able to avoid any longer. 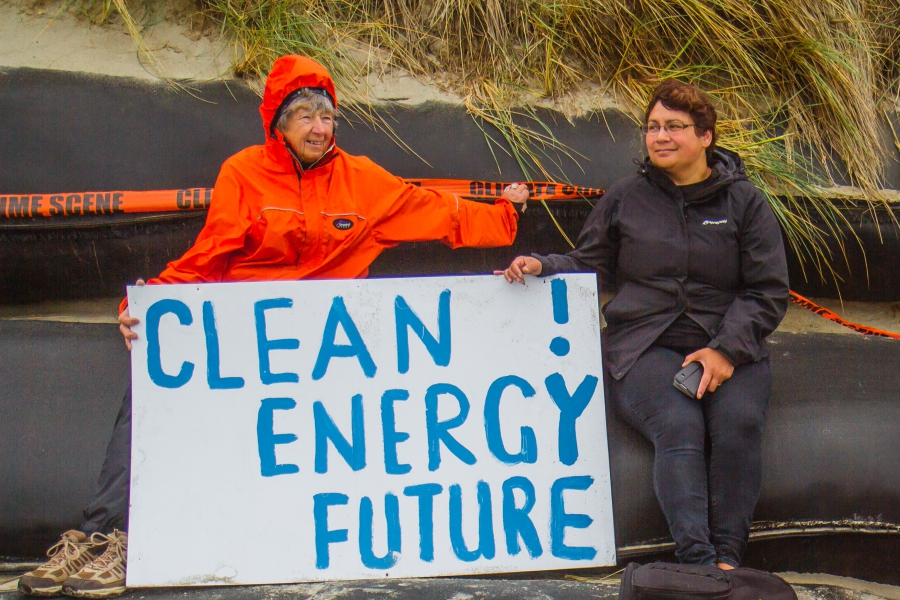 Editor's Note: This story has been updated to reflect that Prime Minister Key ultimately apologized.