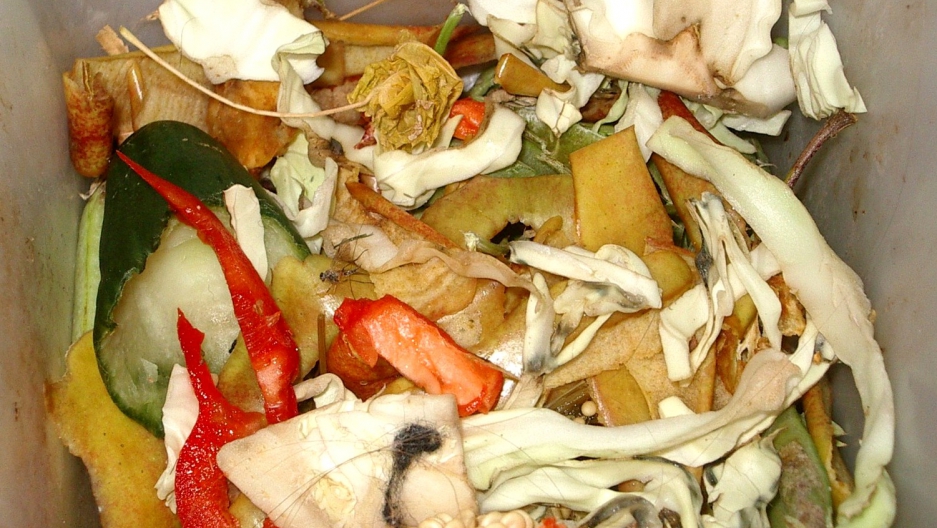 Food waste can be biodegraded, but often winds up in landfills.

The holiday season is upon us, and it is often around the holidays that charities send out requests for food donations to help feed the hungry.

Though there are close to 50 million people across the US who struggle to feed themselves and their families, Americans throw an estimated 40 percent of their food in the trash.

Much of our wasted food ends up rotting away in landfills where it releases methane gas, something that causes a number of environmental problems and contributes to climate change.

Food waste is not only an issue in the United States — roughly one-third of all the food that is produced in the world is never eaten.

Though food waste remains a global problem, a multitude of nations, states and cities are trying to address this issue.

“Already we’ve got Connecticut, Vermont, Seattle, Portland, San Francisco, and Massachusetts on the leading edge of this, saying you can’t just throw a ton — literally tons of food if you’re a grocery store, a hotel or a caterer — in the trash and just say, ‘OK, bye,’” she says. “You’ve got to figure out something better to do with it.”

The EU actually declared 2014 the "Year Against Food Waste," and Miller says that the French government has employed a number of aggressive new strategies.

“Many grocers in France complain that they get too much pressure to take every single thing at the end of the day and figure out how to get it to a food bank,” Miller says. “But one of the big supermarket chains has had this campaign in France to eat ugly food.”

France’s third-largest supermarket, Intermarché, is the grocery store behind the "inglorious fruits and vegetables" campaign. As the video below shows, the food retailer is hoping to get people to eat the “grotesque apple” or the “hideous orange.”

Ashley Stanley believes it is time for us to seriously rethink the way we value food. Stanley is the founder and executive director of Lovin’ Spoonfuls, a Boston-based nonprofit that is part of the so-called "food rescue" movement.

“We talk a lot about wasted food and the problem of excess as a kind of multi-tentacled problem,” says Stanley. “But we’re dealing with consequences that go far beyond missing a meal or missing the opportunity to feed people. We look at environmental consequences, financial, health and community consequences.”

Lovin’ Spoonfuls has saved millions of pounds of fresh food from local grocery stores, wholesalers and farms, and given it away to those in need.

“Stores and businesses across the board respond to consumer demand,” Stanely says. “And we have choices that blow the boundaries off of everything — anything we want at any time we can have, and we want something that is Instagram worthy, we can go find it. Food is losing its intrinsic value as a biological necessity.”

Stanley says the key to reducing hunger isn’t in producing more to eat, but finding better ways to recover and redistribute good food before it gets tossed out.

“I think we have to look at where we are as a global community,” says Stanley. “Our consumer standard is so high that there’s no room for imperfection anymore, and that really drives the overproduction of food and, at the same time, conversely, a lack of value for food.”