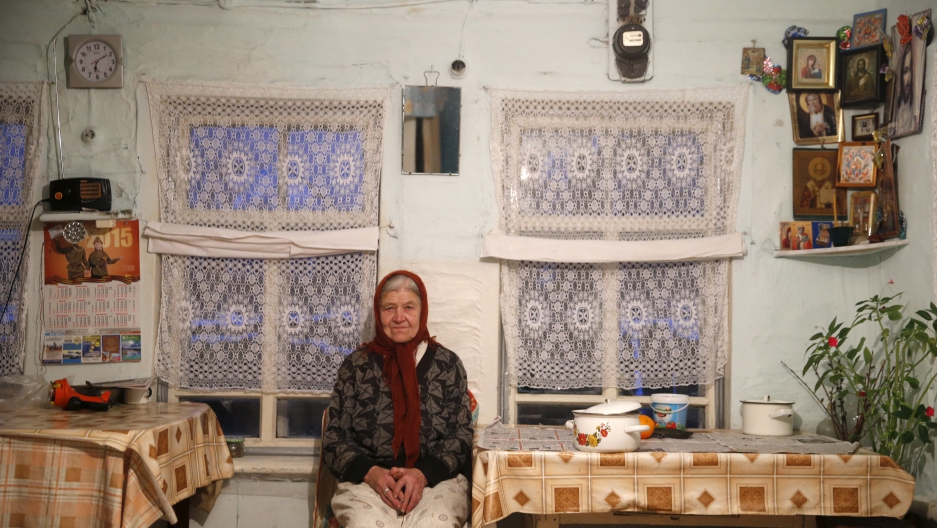 Vassa, 86, who suffers from hearing difficulties, poses in her house in the village of Kalach, Sverdlovsk region, Russia October 18, 2015.

Jay Alan Zimmerman is a successful composer who writes music for movies and musicals. There's something that sets him apart from other composers, however. He's deaf.

Zimmerman wasn’t always deaf. He came to New York and began his career in music. Over time he realized he had lost quite a bit of hearing at the top of his range. He didn’t realize just how bad his hearing loss was until one day when he was trying to work on a new track.

“We wanted to start the track with the sound of these birds. And so the engineer found these different bird sounds and he puts them on the track and I’m like, ‘Where are the birds? Turn up the birds!’ And that's when I realized ‘Uh oh.’ And [the engineer] is like, ‘Actually, they're playing.’”

Zimmerman’s hearing continued to worsen, and he began finding ways to continue his work with music, including using an audio visualizer that allows him to see when singers are hitting notes. It was suggested he try using a cochlear implant, a device that listens to the world and translates sounds into electrical impulses that stimulate neurons in the user’s brain. Patients, however, sometimes complain that voices heard with an implant can sound robotic, and music loses its appeal. So Zimmerman decided against it.

“Listeners have to realize that any treatment for hearing loss is not remotely like getting glasses for your eyes. It's not regular hearing again. It's an altered reality,” Zimmerman says.

Now, however, some scientists say a new gene therapy treatment could possibly work for Zimmerman to regain hearing, while preserving the richness of sound he’s used to.

Dr. Lawrence Lustig, professor and chair of the department of otolaryngology at Columbia University Medical Center, is currently recruiting patients for a Novartis-sponsored clinical trial to find out whether his gene therapy will work on humans. The study involves injecting patients’ inner ears with a harmless virus. The virus is stocked with a gene essential to the development of sound-sensing “hair cells” in the cochlea, in the hope that the introduced gene will stimulate the growth of new hair cells and, eventually, restore some hearing capacity.

“If we could re-grow the hair cells of the inner ear of humans, there's no question that the hearing would be better than it would with an implant,” Lustig says. “It was known for years that birds can regenerate the hair cells. ... It’s really taken us a long time to figure out all the molecular steps that occur to allow us to sort of rewire what we do to our own inner ear to allow us to regrow hair cells in mammals.”

Dr. Lustig’s technique is aimed at patients who have lost their hearing due to years of loud noise or music, or the toxic effects of certain drugs. But a different genetic therapy, still being tested in animals, aims to treat the ears of those who have genetic hearing loss. In one experiment earlier this year, led by otolaryngologist Jeffrey Holt, mice with genetically induced hearing loss were able to regain partial hearing after treatment.

“What we're doing is really trying to fix cells that are broken,” Holt says, “These are the sensory cells that are not functioning properly. And if we can introduce the correct DNA sequence, we can make those cells functional again. We've demonstrated that with one gene in particular, and it works quite well for that gene. Now we're trying to tackle some of the other forms of genetic deafness.”

Zimmerman, who has made a successful career for himself as a deaf composer, is still trying to decide whether he will seek a treatment like gene therapy for his hearing loss.

“I have to decide what I want,” Zimmerman says, “With the level I was hearing at, you know, it would make it easier on everybody around me. And I don't know how to process that because I've always wanted to get my hearing back somehow so I could enjoy music, which I guess makes me selfish rather than thinking about the people in my life. But the sound of the flutes and piccolos and birds and tiny little triangles — it was so gorgeous.”