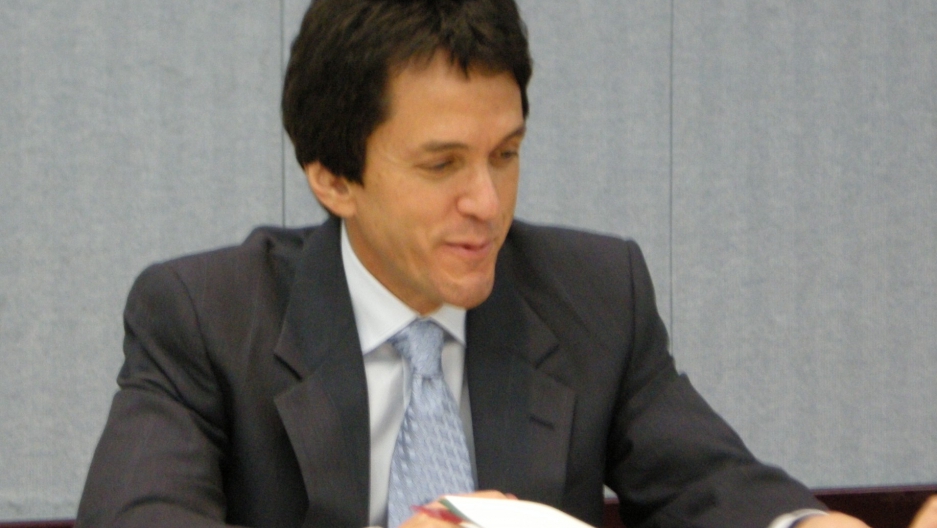 Mitch Albom has been a lot of things — a sports reporter, a writer and a publishing phenomenon with more than 35 million copies of his books in circulation. But Albom initially wanted to be a songwriter.

“I was a musician before I was a writer, and I had every intention of staying one,” he says. “I lived over in Europe for a while and I played music and sang. And I came over here to New York and tried to make it as a singer-songwriter.”

But, as history shows us, things didn't quite work out that way.

Instead, Albom’s big hit came with his 1997 book "Tuesdays with Morrie," which settled the question of what he what was he going to be when he grew up.

“Since I wrote that book, which was never intended to be what it became (it was meant to be a tiny little book that paid his medical bills) I’ve had people actually had people come up to me and say, ‘Tuesdays with Morrie’ changed by life,’” he says.

But Albom’s success didn’t happen overnight. Rather, he says that his early failings as a singer-songwriter helped him find the right path.

“I volunteered for a local newspaper that was given out for free in the supermarkets,” he says. “I wrote a story for it. [I thought], well, if music’s not going to work out, this is creative and maybe I can steer some energy into that. So for the next 30 years or more I basically stayed away from ever writing about music, even though it had been my passion.”

Music still influences Albom. He’s in the all-writers band the Rock Bottom Remainders with fellow authors Stephen King, Dave Barry and others. And now after three decades, Albom is writing about music once again. His latest book, "The Magic Strings of Frankie Presto," is brought to life through the wonder of writing and music.

“The narrator of ‘The Magic Strings of Frankie Presto’ is music itself,” Albom says. “It begins at [Frankie’s] funeral when music itself comes to take back all of the talent that Frankie Presto took from it, so he comes to take it back to sprinkle over the souls of newborn children. While he’s there at the funeral, he’s so proud of Frankie Presto — his creation — that he decides to stay at the funeral and listen to the stories that everybody else tells about him, and meanwhile he also tells the story.”

Having the “voice of music” as a central part of his new novel provided Albom with some creative freedom.

“It’s such a different voice,” he says. “It’s not the first person of a real character, which is limited to the personality of that character. It’s not a third person narrator in which you just have to state what happened. You get to be music.”

Albom says he gravitated towards the idea of music because the medium allows individuals to communicate ideas or feelings without using words.

“You can express yourself, but it doesn’t have to come with anything verbal,” he says. “I think wherever you go, you can take two people from anywhere on the planet and you play ‘She Loves You, Yeah, Yeah, Yeah,’ and both of their feet start tapping. There’s something very magical and very universal in the human spirit about that.”

In many ways, Albom says, musical groups are a sort of metaphor for life itself, something he considered when writing his latest work.

“One of the themes of the book and one of the reasons I wanted to write it was because, having been in many bands in my life, I recognized that a way a band works is like the way the bands in life work,” he says. “Your family; your workplace — there’s always a lead guitar kind of guy, and then there’s the steady drumbeat guy. There’s the one that wants to be out front, and there’s a background singer that really kind of wants to be upfront. All of those personalities that go on within a band repeat over and over in your life.”

One of the main takeaways of this book, Albom says, is that everyone joins a band in life, even if only some people play music.

“Everybody has one and everybody joins one,” he says. “The way that we affect one another within it is the magic both of a musical band and also of a human band.”

In some ways, Albom says that his new book was inspired by those who said that “Tuesday's with Morrie” changed their lives. Frankie Presto, born an orphan during the Spanish Civil War, receives a magical guitar that can can change the course of history.

“He’s given a gift that can actually change lives,” Albom says. “I’ve come to believe that it’s actually true. Not in the sense [of someone saying] ‘I read ‘Tuesday’s with Morrie’ and everything in my life before that was worthless.’ It makes you take a right turn, and it makes you think about something a little bit differently than you did before. If you’re a kid and you hear somebody play music so well that you say, ‘That’s what I want to do,’ then your life was changed by one song or one way that somebody played. I took that conceit and it got woven into that book.”