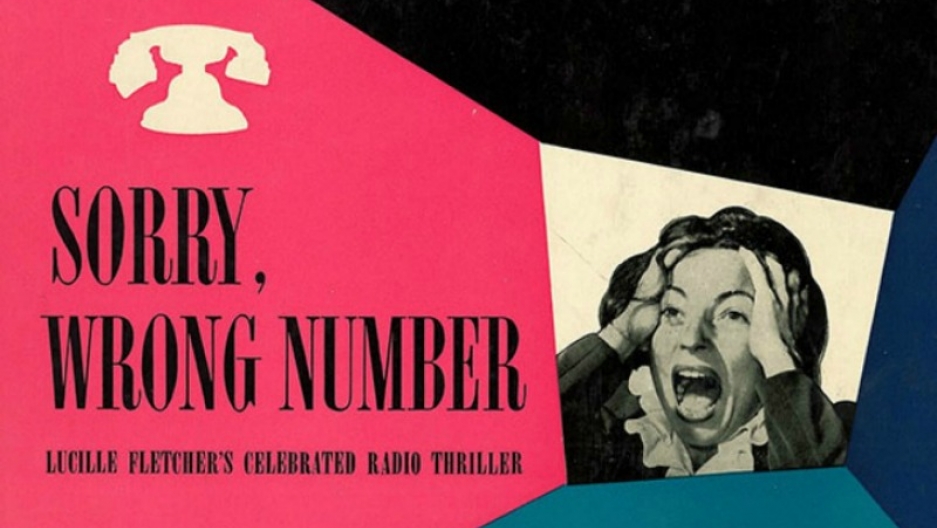 Before you could binge-listen to podcasts like "Welcome to Night Vale" and "Limetown,"you had to wait for your weekly dose of radio drama. Often, even during the golden age of radio, these were formulaic, poorly produced stories. But once in a while, something broke the radio drama mold. The 1943 thriller "Sorry, Wrong Number," written by Lucille Fletcher, did just that. No less an authority than Orson Welles called it "the greatest single radio script ever written."

The story goes like this: On an average evening in the apartment where she lives alone, the bedridden Leona Stevenson picks up the phone to make a call. But the telephone operator connects her call incorrectly. It's not a friend on the other end of the line --- it's two men plotting a murder. The intended victim? Stevenson herself.

"The entire show is based around the hysteria of the main character," says Steve Darnall, editor of Nostalgia Digest. We're stuck with the increasingly frantic Stevenson as she tries to stay alive. But, ultimately, she fails. That's what makes "Sorry, Wrong Number" so unusual, Darnall says. "It was one of the first times that someone had had the audacity to go on this national network and present a story in which the killers get away."

In typical radio-play morality tales, only the bad guys would die. But in "Sorry, Wrong Number," Stevenson's "only crime was being a not very kind person," says Dorothy Herrmann, Lucille Fletcher's daughter. Herrmann sees the play as her mother's way of getting back at the stuck-up mother of her college boyfriend. "She looked down on my mother," who was a "scholarship student," Herrmann says. "This made my mother very miserable." The moral of Fletcher's tale? Be nice.

"Sorry, Wrong Number," was later made into a filmstarring Barbara Stanwyck. The radio play, voiced by Agnes Moorehead, was added to the National Recording Registry in 2015.