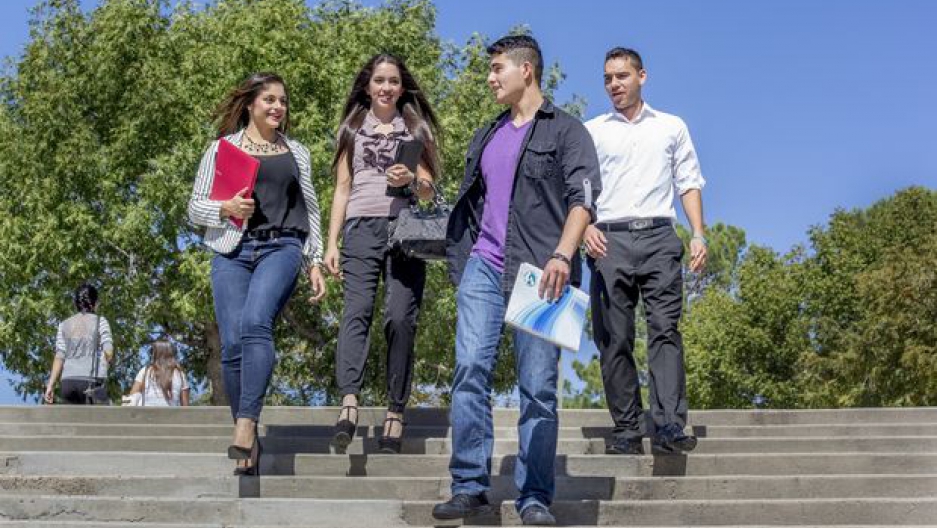 El Paso Community College in western Texas sits right on the border between the US and Mexico. It attracts a lot of Hispanic students, a lot of first generation college students and a lot of people from economically disadvantaged backgrounds.

It has also been attracting national attention. In 2015, EPCC was named one of 10 finalists for the Aspen Prize, an award recognizing community college excellence.

EPCC President William Serrata is a first-generation college graduate. He was the first out of his family of four to earn a degree, and he used his experience to help his younger siblings go through the higher education system. Serrata is nothing if not intimately acquainted with the difficulties EPCC students face.

“We’re an 85 percent Hispanic institution, and 70 percent of our first-time college students are first-generation college students, so mom and dad didn’t have the opportunity and don’t have the knowledge. We really need to build that college knowledge and it’s so much more than test scores. It’s understanding the system of higher college education. It’s seeing yourself as a college student. And we begin that process with kindergartners. We adopt elementary schools, we develop that college-going culture, so that they understand that the expectation is that they will go to college,” Serrata says.

El Paso, population 833,000, is a poorer-than-average community. More than 80 percent of the population is Hispanic, and 23 percent live below the poverty level. On average, people earn 75 cents for every dollar earned in the rest of the US. Serrata, however, believes his institution plays a vital role in making El Paso a better place to live.

Serrata, however, doesn’t see EPCC as a lone fighter in El Paso. He tries to work closely with the local K-12 and university systems.

“My competition isn’t another institution of higher education. My competition is procrastination and apathy. We only see 61.5 percent of our high school graduates go to college, any college. And so we want to increase that number,” Serrata says. “The goal becomes, if they start at the college, the associate’s degree, they then move forward to the university to receive a baccalaureate degree.”

Serrata’s emphasis on collaboration seems to be working. Some 64 percent of all students that attend the nearby University of Texas El Paso (UTEP) come from EPCC. And a whopping 74 percent of UTEP baccalaureate degree earners have an El Paso Community College credit somewhere on their transcript.