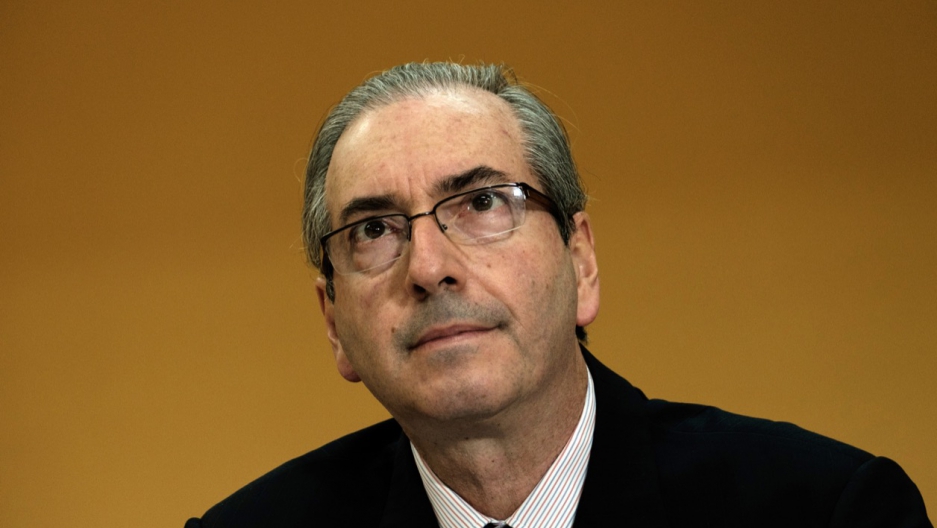 RIO DE JANEIRO, Brazil — One of the most powerful Brazilian lawmakers believes that an international conspiracy, led by the United States government and powerful US charitable foundations like the Rockefeller Foundation, is behind efforts to make abortion legal in his country and elsewhere.

Driven by “super-capitalist interests,” US officials and organizations are following a “grand strategy to impose demographic reduction on Latin America, Asia and Africa,” according to Eduardo Cunha, the lower-house speaker of Brazil's Congress.

Cunha also happens to be the right-wing legislator responsible for opening impeachment proceedings against President Dilma Rousseff. And he faces calls for impeachment himself as authorities investigate him for allegedly hiding millions of dollars in illegal funds in secret Swiss accounts.

The extraordinary claims about an American abortion conspiracy are contained in Cunha’s 2013 proposal for reforms requiring rape victims to undergo a medical exam before they are provided abortion-related treatment, among other changes. The bill has recently prompted big protests here and will soon be voted on by Congress.

“That’s an old chestnut,” said Susan A. Cohen, vice president for public policy at the Guttmacher Institute, an NGO that works to advance reproductive health through birth control. “I find it strange that he would implicate the US government, which has had a law since 1973 prohibiting the use of US funds to pay for abortion.”

The evidence Cunha provides for his claims varies from scant to nonexistent.

The proposal cites, for example, a 1979 report on the United States Agency for International Development (USAID) Population Program, which was set up primarily to provide contraception to men and women in developing countries.

Cunha’s proposal says USAID put a global population control plan into effect in the 1970s that encouraged abortion. But the document that purportedly supports this claim doesn’t contain a single reference to abortion.

And, as Cohen pointed out, Washington has been blocked from providing aid funds for abortion since 1973, when Congress enacted the Helms Amendment. The law barred US aid from being used for either performing or encouraging abortion as a form of family planning.

Citing the 1979 report as “proof,” however, Cunha goes even further in the document justifying his law, which states:

“[USAID] invested money in technological research for the development of new equipment for practicing abortion, which was distributed to thousands of doctors from over 70 countries in Latin America, Africa and Asia.”

But that’s not what the report says.

The only “equipment” referred to in the report are laparoscopic instruments used for voluntary sterilization. There’s no mention whatsoever of equipment to be used in abortions.

In his proposal, Cunha then claims that in the 1970s, the US government changed tactics. Instead of providing countries with abortion equipment, he alleges the government launched a propaganda campaign — essentially duping feminists and women’s rights campaigners into pushing for legalization of abortion in developing countries.

“The powerful foundations of the United States, linked to transnational super-capitalist groups that were the true masterminds behind the USAID work, understood that within a few years the growing opposition [from anti-abortion Christian organizations] would eventually derail their venture.”

“[The foundations] formulated a new tactic in the strategy for control of the world's population. Reducing population growth, including by abortion, would be presented through the perspective of the emancipation of women, and would no longer be proposed by demographic experts, but by feminist movements and organized international networks of NGOs under the label of ‘sexual and reproductive rights.’”

The document offers no evidence for this claim at all.

Sonia Onufer Correa, a women’s and reproductive rights advocate in Rio de Janeiro, scoffed at Cunha’s reasoning for the legislation. She said he and other Brazilian conservative lawmakers have been misinformed by US conservative groups that she claims have made Brazil a battleground in the abortion debate.​

Cunha declined to be interviewed for this story. Emails and calls to the Rockefeller Foundation for comment were not returned.