Linguists Arik Sadan (in his Israeli Army days) and Sobhi Bahloul. Sadan is an authority on the Arabic language. Bahloul authored the Hebrew curriculum for Gaza's Palestinians.

In this World in Words podcast, we hear the stories of two of the Middle East's most prominent linguists.

The windows of Arik Sadan’s classroom at Hebrew University in Jerusalem look over the Silwan Valley, a sloping desert dotted with tall, white, rectangular Palestinian houses. Inside his classroom, most students are Jewish. Sadan teaches them Arabic. 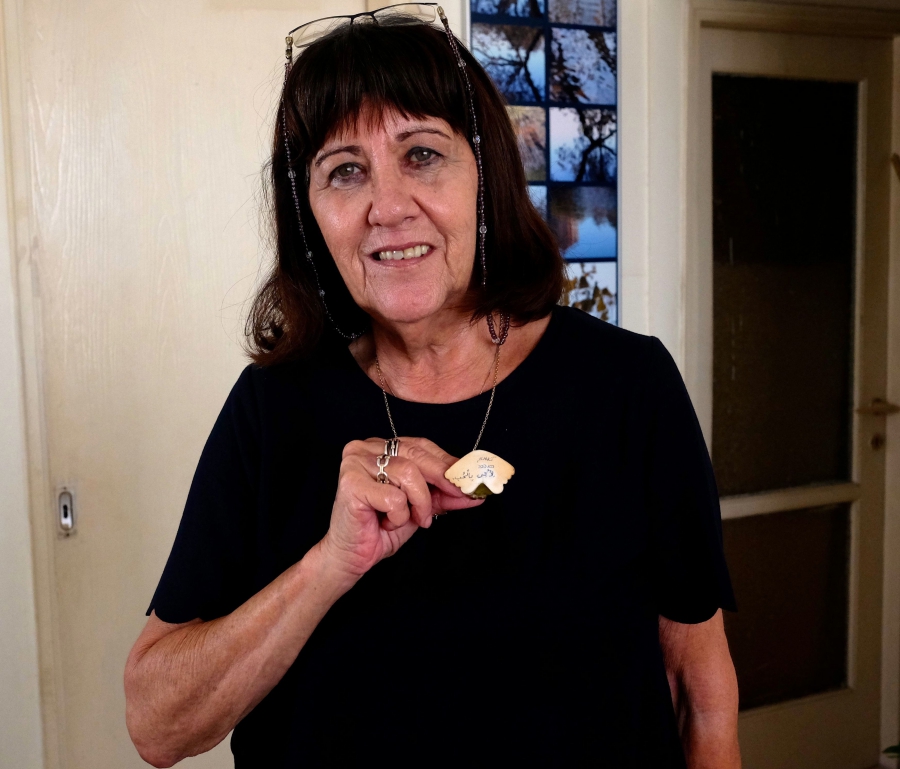 Linguist Arik Sadan's mother, Drora, holding her son's “To my mother with love” inscription, written in Hebrew and Arabic.

Sadan wrote a book, "The Subjunctive Mood," tracing Arabic linguistic thought from pre-Islamic Arabia to the 19th century, which earned him the title of the world expert in Arabic’s subjunctive tense. His native tongue is Hebrew and he can talk about Arabic grammatical thought — specifically, his philosophies behind ancient linguistic decision-making — for 15 minutes straight.  “When you look at the structure,” he says, “you can see a logic of thinking that’s common across borders.”

Beyond Israel’s southwest border, Sobhi Bahloul also wrote a book: Kitaba Wa'Ti-ibrya. It was published in seven parts (Beginner, Intermediate and Advanced Hebrew; Hebrew Writing I and II; and Hebrew Editing I and II) and adds up to Gaza’s Hebrew language curriculum. Bahloul trained all of the twelve Hebrew teachers in the Gaza Strip.

Sobhi Bahloul is Palestinian, 53 years old and has been speaking Hebrew for over half of his life. After graduating from Tel Aviv University with a MA in Hebrew Language in 2002, he became Hamas’s go-to guy for all things related to Hebrew. He teaches at universities, consults with businessmen and translates documents for Gazans in Israeli hospitals and prisons.

“Hebrew is the language of an enemy,” Bahloul says. But he also believes Hebrew can bring Gazans closer to Israeli culture by helping them understand customs and daily life.

Sobhi Bahloul and his Hebrew students in Gaza City.

Bahloul and Sadan’s deep understanding of a language that is not only foreign but potentially adversarial brings them uncommonly close to other cultures. Both men are so passionate about language that they teach everyone who expresses interest — including soldiers, informants and militants. But they are driven by a belief that language’s unifying power outweighs its other uses.

00:00 Learning the language of your enemy

02:33 Israeli linguist Arik Sadan, an authority on the Arabic subjunctive. 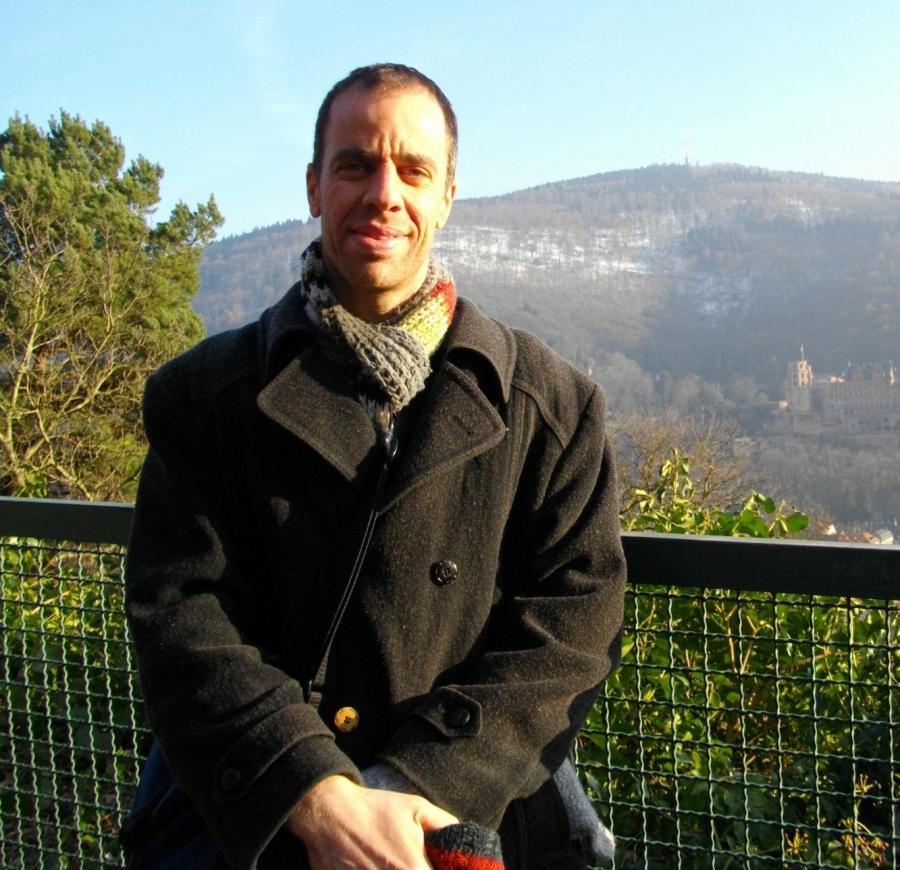 05:15 Jews are turning their backs on a language that used to be central to their culture: "The Jewish heritage-- a great percentage of it-- is Arabic."

07:30 The way Arabic is taught in the Israeli army: "Know thy enemy, in order for you to stop the next explosion. You tend to forget that it's a language."

9:10 Sadan's sad joke: "I only wish that the Hebrew people and the Arab people would be a bit as close as the languages are."

16:35 Bahloul's students don't learn about Passover, but he wants them to learn other cultural references.

17:45 Learning Hebrew to survive in an Israeli prison.

21:14 Have Arik Sadan and Sobhi Bahloul ever met?

24:08 Learning Hebrew in order to understand the labels on cosmetic products.

28:05 A reminder that if you liked this episode of The World in Words, we'd really appreciate hearing from you. Also, please consider writing a review on iTunes, Stitcher— or wherever you listen. Thanks!