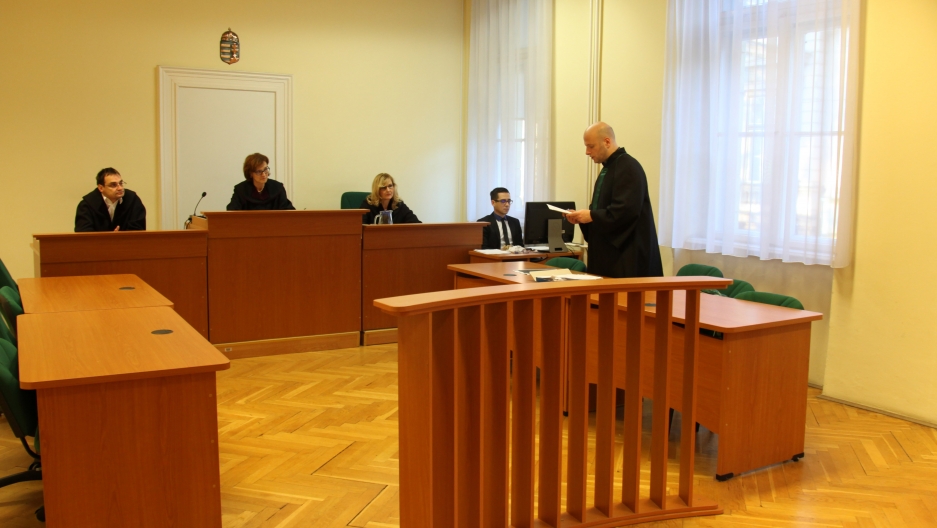 At a court in Szeged, Hungary, judges have convicted more than 680 migrants of crossing the border with Serbia illegally.

Days after the attacks in Paris, Serbia, Macedonia and Slovenia began tightening their border controls. They all looked to Hungary for help and advice.

In the past two months, Hungary has become Europe’s most vocal opponent to accepting migrants — even those from war-torn Syria, Iraq and Iran.

In the city of Szeged, close to Hungary’s southern border with Serbia, the courthouse has been at the heart of Hungary’s anti-migration efforts.

Since mid-September, 688 people have been tried and found guilty of the felony charge of crossing the Serbian-Hungarian border illegally. Almost all were sentenced to expulsions lasting between one and five years.

On Monday, human rights lawyer Gabor Gyoso appealed the expulsion of a Syrian man who climbed through a hole in the fence in September.

“The court has no empathy,” Gyoso said.

The judge fired back, saying, “The defendant had the chance to enter the country legally, but he chose to enter illegally with the help of smugglers. This proves that the defendant is a threat to society.”

The defendant, a Syrian man in his 50s, wasn’t actually there. The trial was held in absentia. The Syrian migrant had left Hungary in late September.  But now his expulsion order will appear in all European databases. 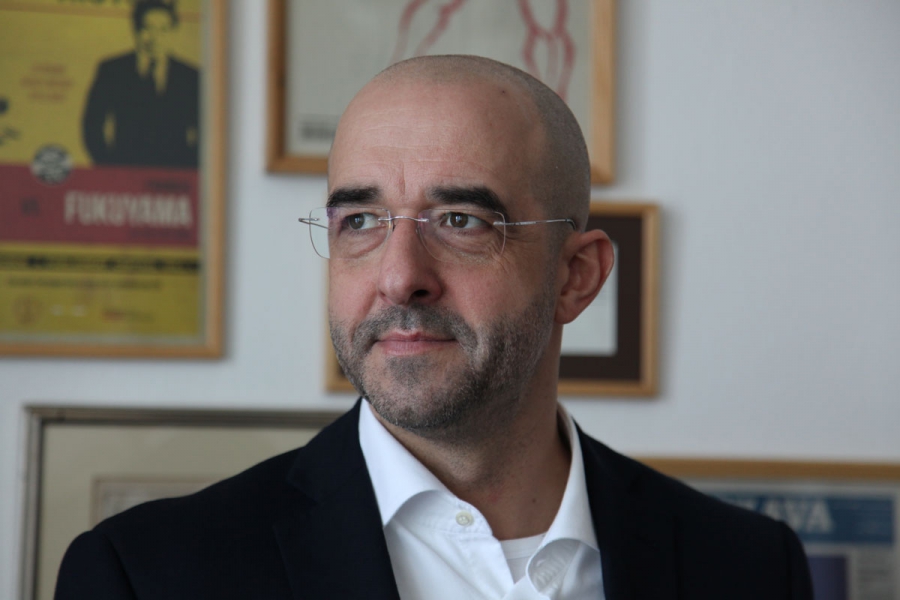 Government spokesman Zoltan Kovacs says Budapest sees itself as responsible for keeping dangerous foreigners out of not only Hungary, but the rest of Europe as well.

Zoltan Kovacs, a spokesman for the Hungarian government, says his country has been forced to act like a responsible adult as other European nations fling open their borders.

“Europe ... is providing a free ride, is basically transporting these people without any checking, without any control,” he says. “We definitely believe this is a very dangerous precedent which should be stopped.”

Kovacs went on to note that the perpetrators of the Paris attacks were migrants: “it doesn’t matter whether they are second or third-generation.”

Francesco Strazzari, an expert on European borders at the Sant’Anna School of Advanced Studies in Pisa, Italy, says Hungary is one of few countries in Europe to criminalize crossing the border when seeking asylum. England has tried a handful of Syrians who arrived at Heathrow Airport without passports, but Hungary has taken far more extensive legal action.

Besides closing the border, Hungary has also refused to participate in a European Union-wide quota system to distribute migrants throughout the continent.

Beatrix Toth, a woman who was selling Christmas sweaters for pets in downtown Budapest, says she used to think German Chancellor Angela Merkel was strong — a “metal lady” — but now she’s not so sure.

“I am not racist, but I think all Arabs should go home,” Toth says. “It’s necessary to close the gate.”

Ironically, Hungary’s tough law enforcement has led to a group of migrants being stuck in legal limbo in detention camps outside Budapest.

In Bicske, an hour’s drive west of the capital, about 200 migrants live behind a wooden slatted fence and barbed wire. Most are waiting for the state to decide on their refugee applications.

Abraham Baghdi Sar, 22, says he left Damascus to avoid the draft after his parents ran out of money to pay for his pharmacy college tuition. He followed his family to the Netherlands, but while en route last year, he was fingerprinted by Hungarian police. A few months after he settled into his new home, Dutch immigration police deported him to Hungary.

In theory, Baghdi Sar could leave Hungary again. Each day he walks out of the Bicske camp for groceries and a few times a month, he takes the train to Budapest. He would only have to get on a train and avoid Hungarian police at the Austrian border. But he says it’s not worth it. He would live under constant fear of immigration police and would not be able to enroll in university or get a job.

“If I don’t have my documents here in Europe ... I can’t make my future here,” Baghdi Sar says. Sometimes he wonders whether it would have been better to stay in Syria, and borrow money to keep studying.

“Maybe If I stay in Syria in this war, it’s better than staying here in Hungary,” he says. “Maybe I would die, but not here. Not in Hungary.”